I haven’t gotten much done in the last few weeks, but I thought I’d show off some pieces that are nearly ready for the table: 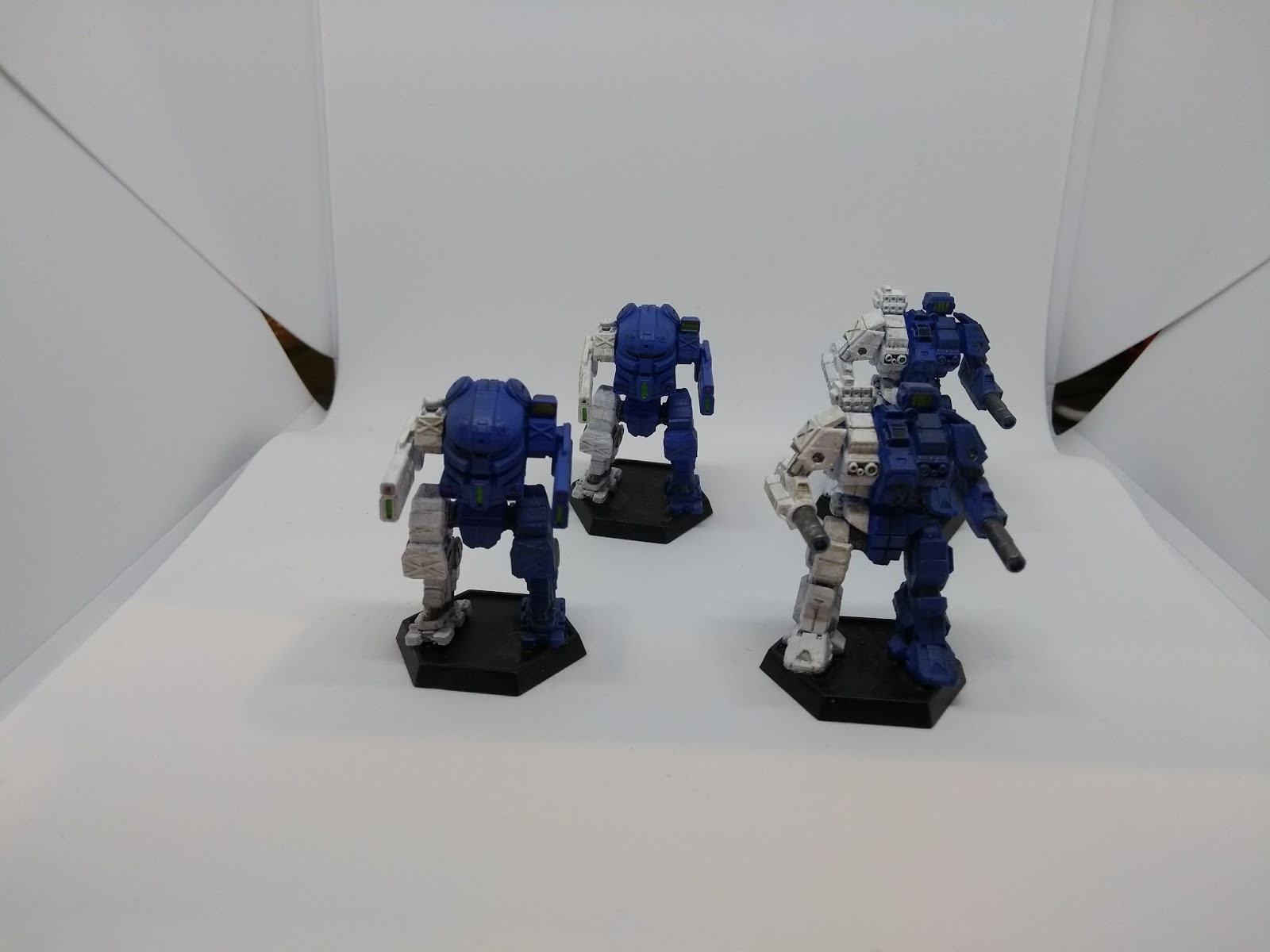 For the first time in many years, I’ve been painting some Battlemechs and they will probably even be used for Battletech! These four constitutes my first order from Steel Warrior studios and they are awesome, so there will most likely be more minis from them in the future. They will become my first lance of Lyran Guards, with some CGL and RPE/IWM mechs to flesh out most of the rest of the company.
I’ve started thinking about opponents for them with FWL, DC or some Merc unit all being strong contenders. They just need some basing and then they are ready for the battlefields of the Inner Sphere! 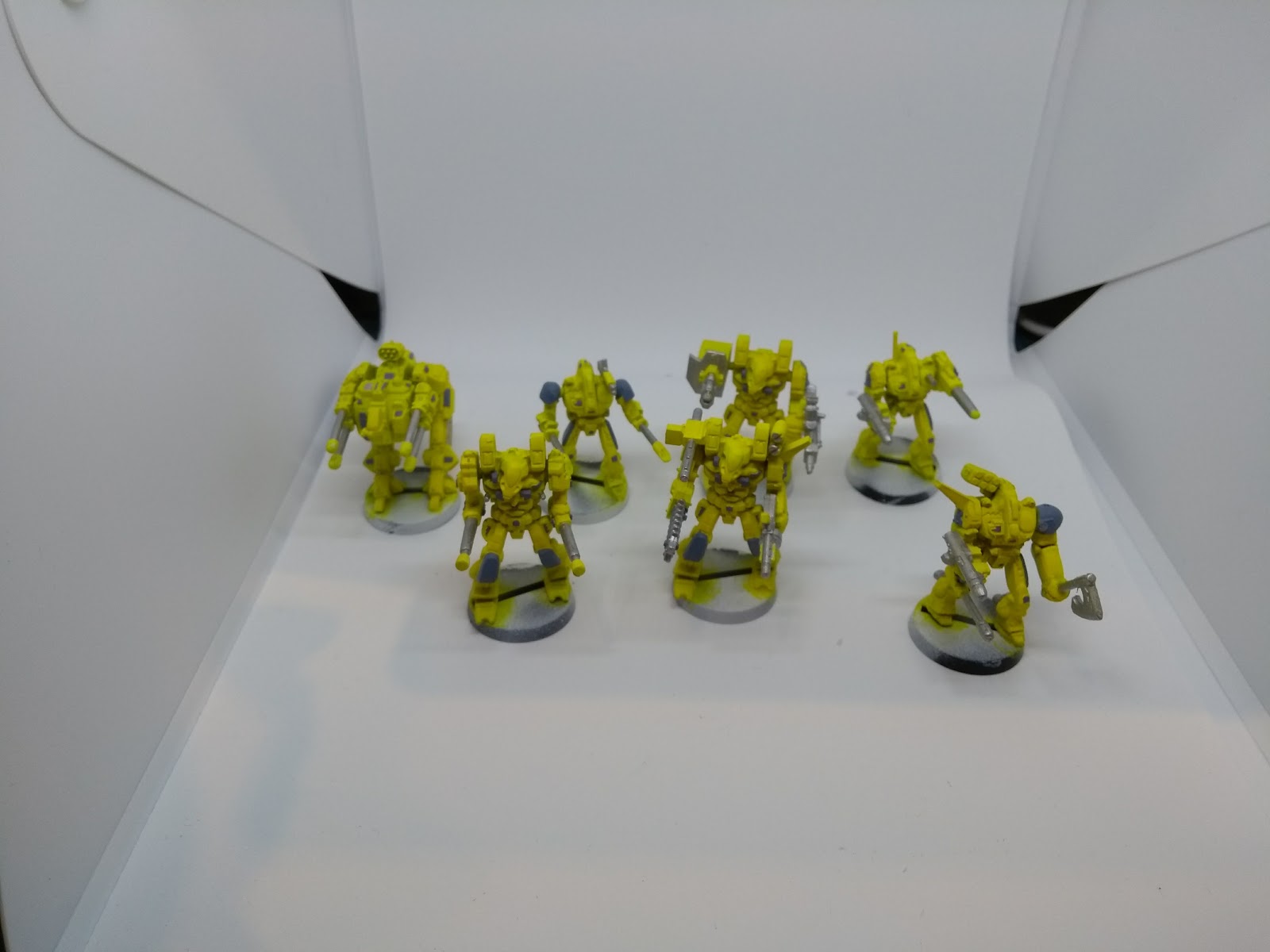 Not unlike a lot of HW players, I have quite a few EM-4 mechs. I decided that I wanted to make a few more conversions after the first two, so I got to work. The two right-most minis in the front row some of you might recognize as the original conversions I showed a pic of earlier this fall. In the end I made another few for a total of 7, but none of the others are as kitted out as the first two, who will likely be fielded as P4+ due to their extensive mods.
These mechs are going to belong to the NTC since they only have the not-votoms mechs from before, giving them some bigger, stompier robots of their own.
I’m trying to decide if I should make a dedicated batch of EM-4 conversions for another faction as well or just let them face off against either the NIJA or USS, who both already possess some EM-4 mechs in their ranks.. 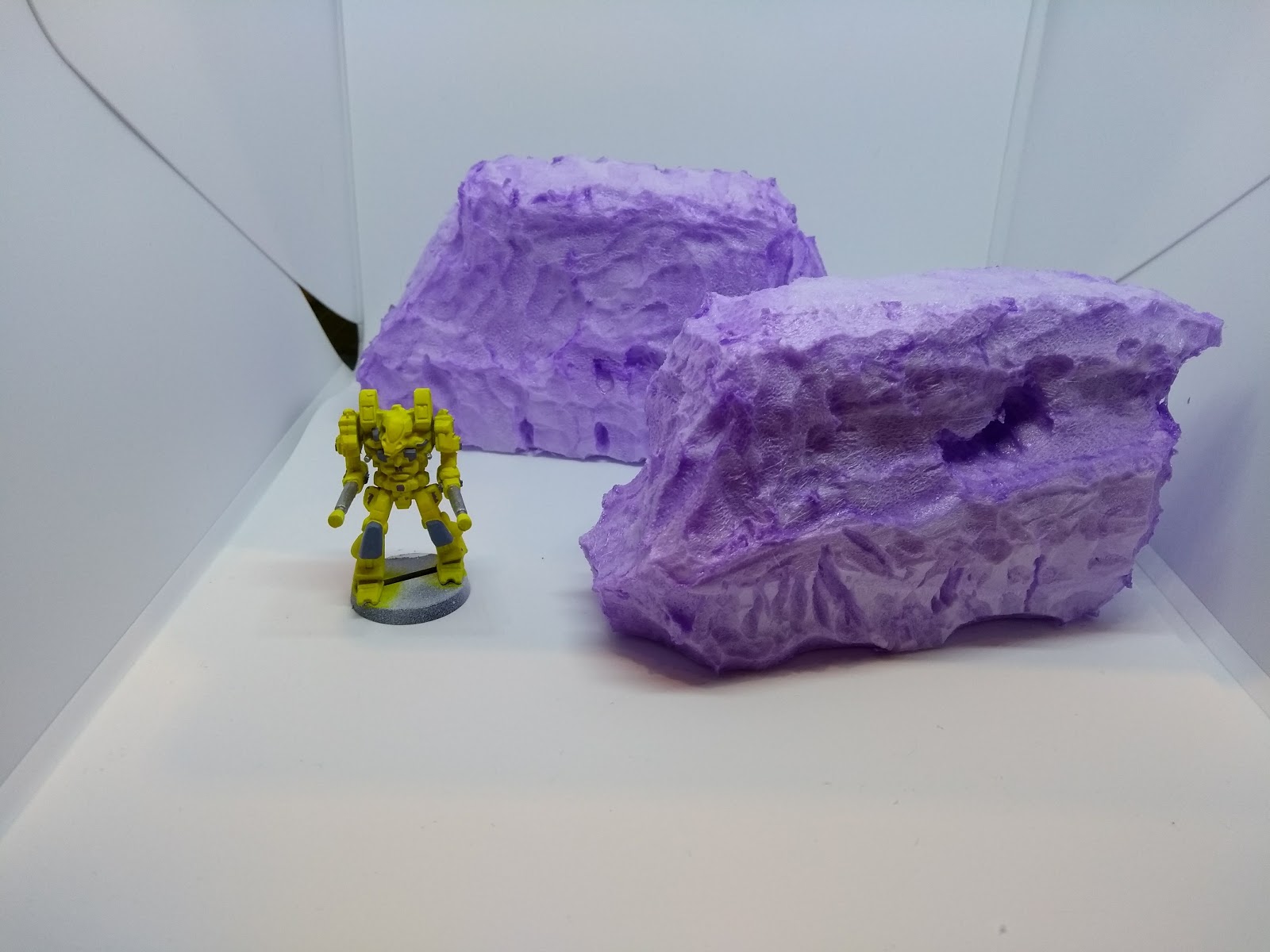 I also got hold of a foam cutter and started experimenting with some rocks/small hills that are mech sized, to increase the amount of terrain that can actually block LoS for my various mechs.
These two with their irregular shape, are supposed to be made out of volcanic rock. 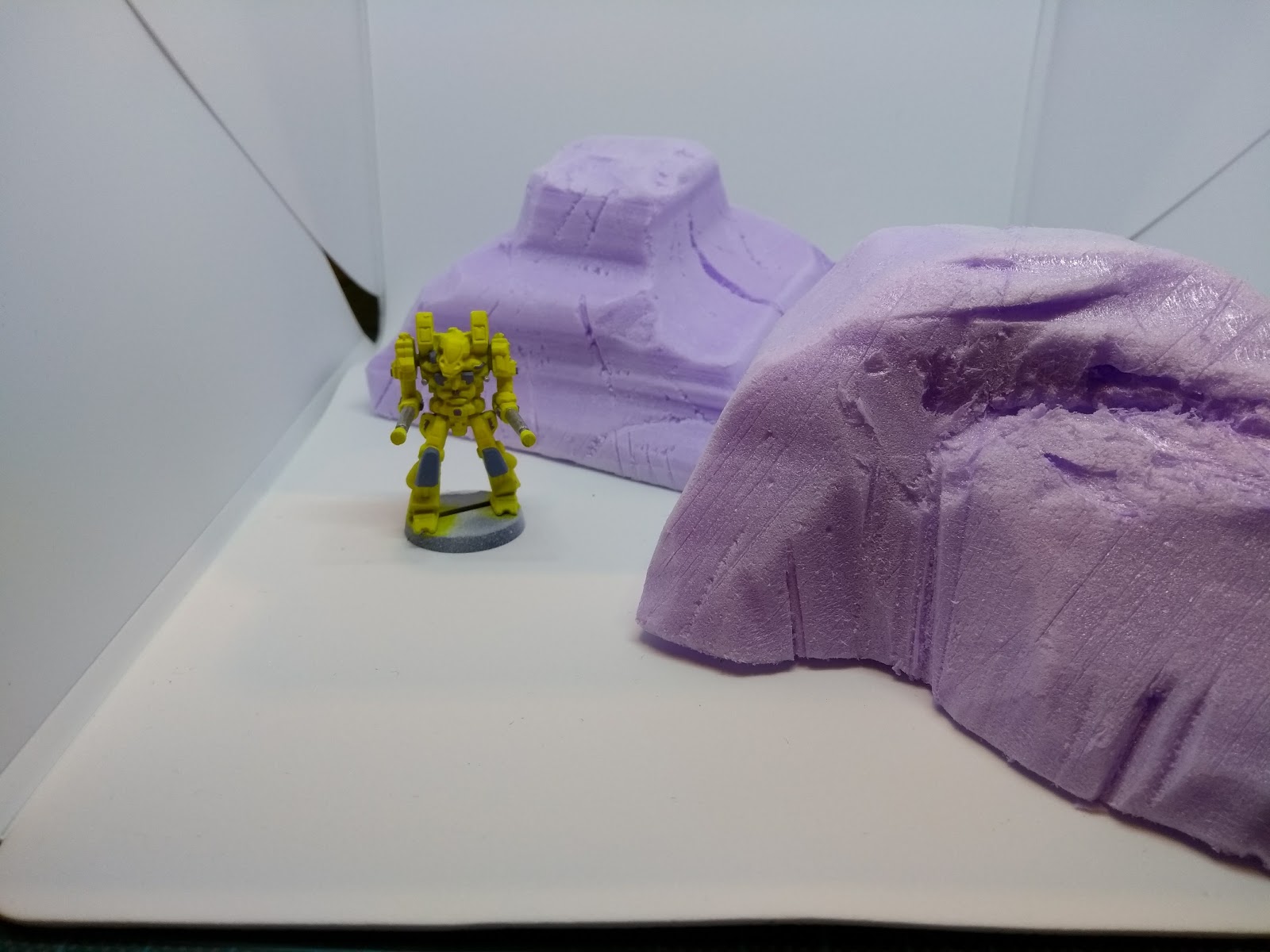 Finally we have some more “traditional” rocks/hills. I think they look good enough, but we’ll see how they appear with a first layer of paint..
That’s what I’m working on right now that’s at least close to finished, there are a few other terrain bits and the Blotz buildings that are coming along too, but not really much in terms of progress to show just yet.