“Who the hell are you? What are you doing here? Where did you come from?” Were just some of the questions.

“My name is Kinessa Johanson and I am a watcher” replies Johanson, he continues.
“You are fortunate that I am here. That PHR soldier would have killed you all if I didn’t intervened. You are lucky only one of your team has been killed”.
“Lt Heap is not dead, just wounded”Says Colin
“You don’t understand….those weapons are energy based. Has the capability to destroy organic and non organic compounds. By breaking down DNA and cell structure. Also has the capacity to alter DNA and mutate cells as well” Says Johanson.
“Alter DNA? Why?” Asks Clyde
“To turn the casualty into a biological weapon. In order to cause more casualties and drain resources on the battle field”. Says Johanson
“Like a land mine just blowing off a soldiers legs” Says Woods. Thinking out loud.

Then McCallum turns to look at the infirmary.
“Oh my god! Frank!”

Daniels and Song stubbled into the infirmary with Lt Heap on their shoulders.
“Get him into a diagnostic bed” Says Daniels
Song unslung his flame unit and placed it on the table. So he could handle Heap’s weight better.
“Oh it hurts……my chest!” He groans as he collapses.
“He’s stopped breathing….” Says Song as he starts to do CPR
“Carry on with the chest compressions and I’ll get a defibrillator” Shouts Daniels. 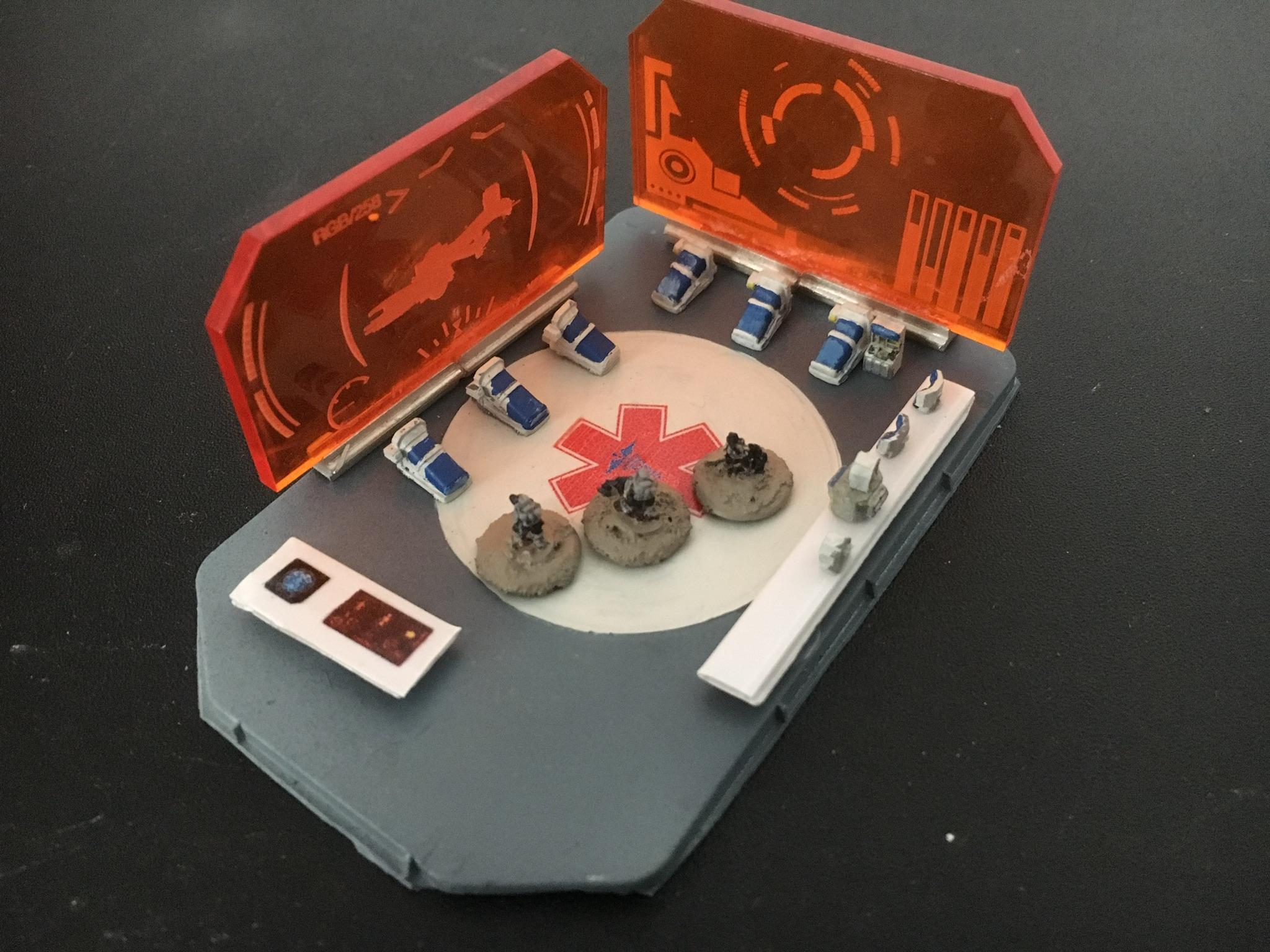 As Daniels pulled the defibrillator from its storage box. Song was on his tenth chest compression when Heaps chest seemed to open up into a cavity. Song’s arms went in and the cavity snapped shut. Bitting off Song’s arms up to his elbows. He fell back screaming and collapsed. 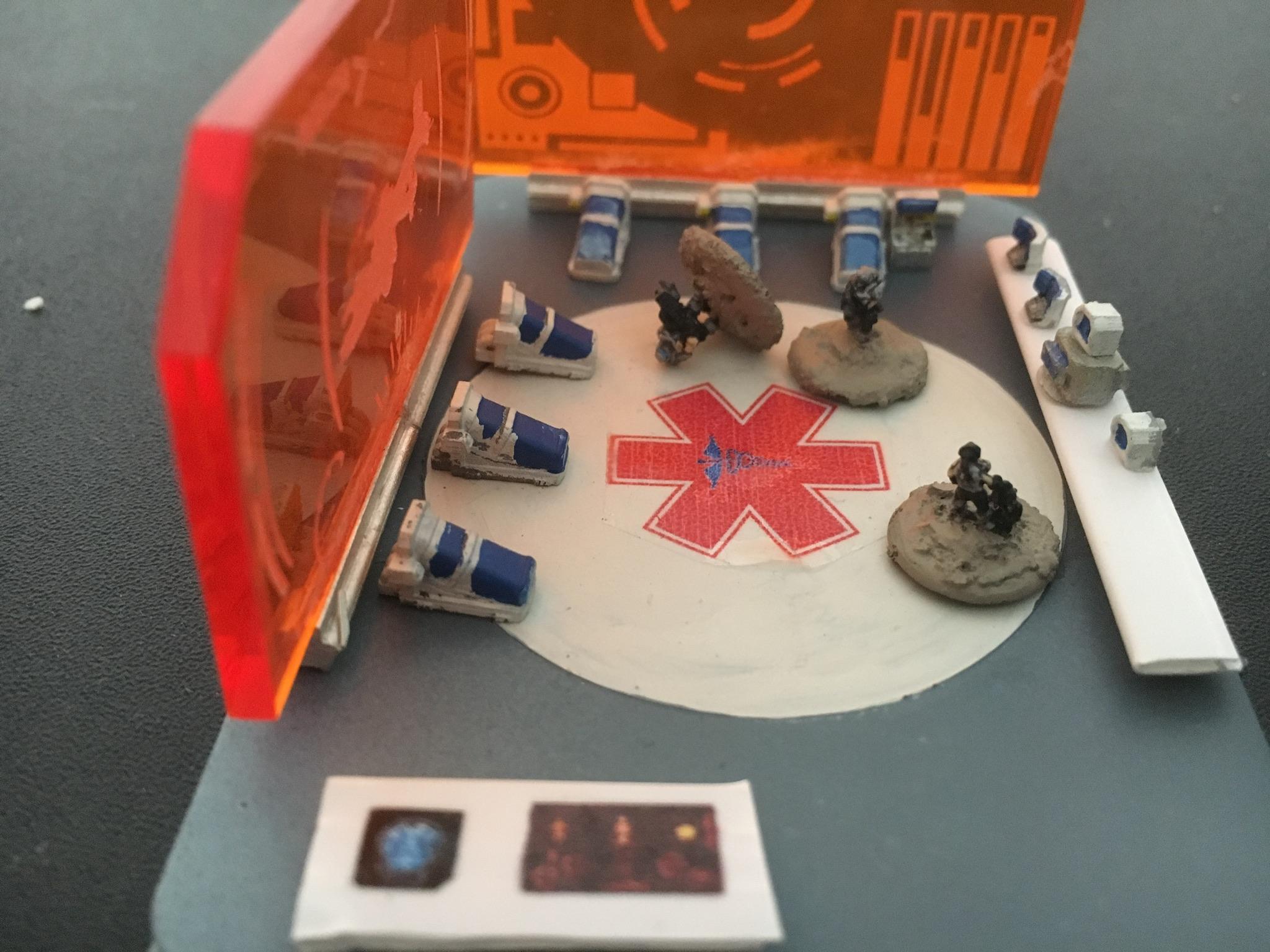 Then Heaps chest opened up again, with what seemed liked blood red tentacles. They squirmed and slithered, as if trying to reach out and infect others.

Daniels dropped the defibrillator and just stood there. Then the situation started to snap her back into reality. She clicked off the safety on her rifle and fired. Rounds spat all over the place, hitting the corpses of Heap and Song. Smashing into the medical beds and computer terminals. But with little effect. The bloody red tentacles kept moving and seemed to of sensed her. She pulled back towards the door and was about to turn when she laid eyes on Song’s flame unit. 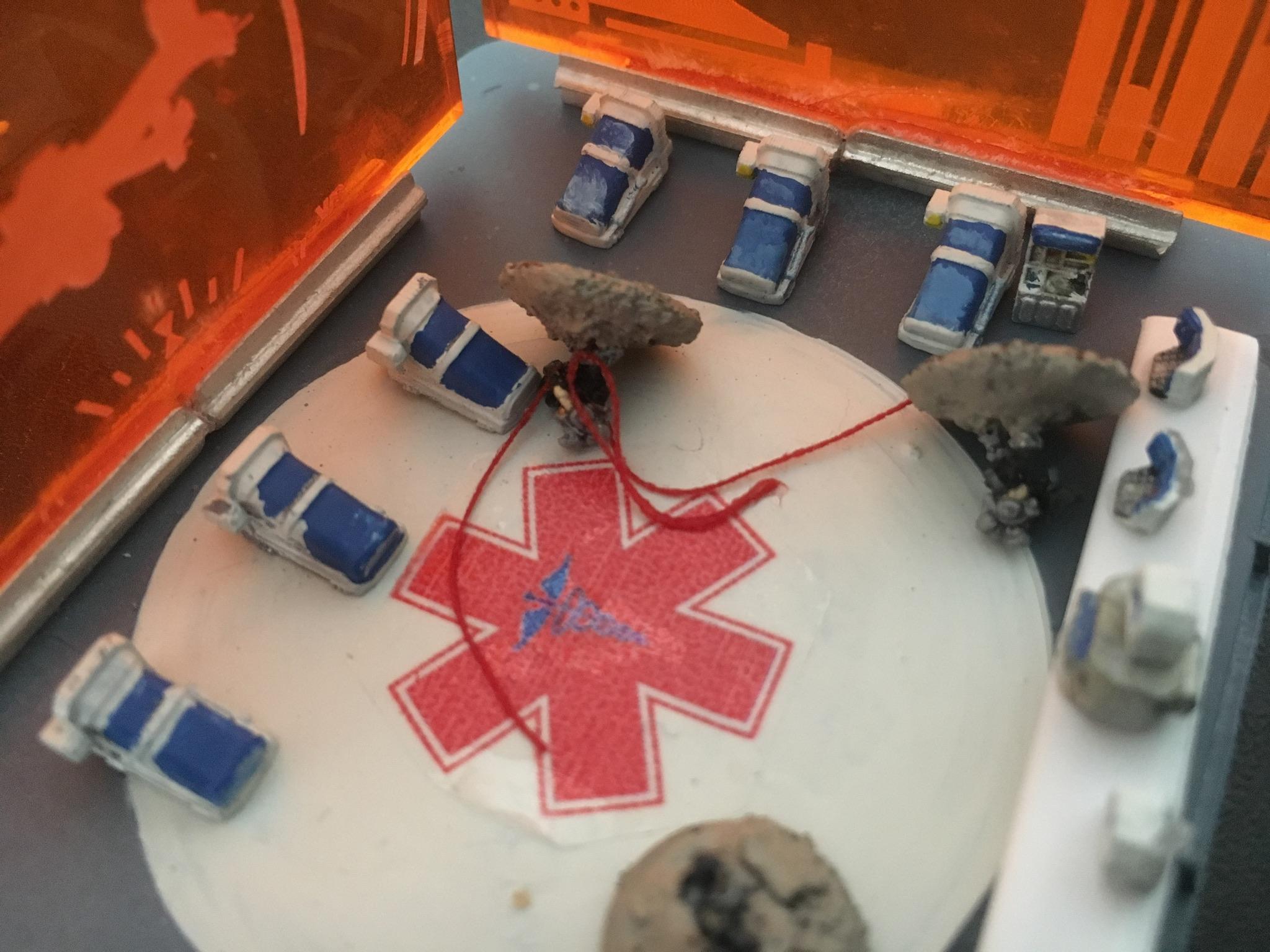 She snatched it up and hit the ignition button. Instantly a jet of Petroleum Jelly Ethanol shot out, sticking on just about any surface and burning the infirmary down. Daniels kept the button pushed as she exited the blazing infirmary. 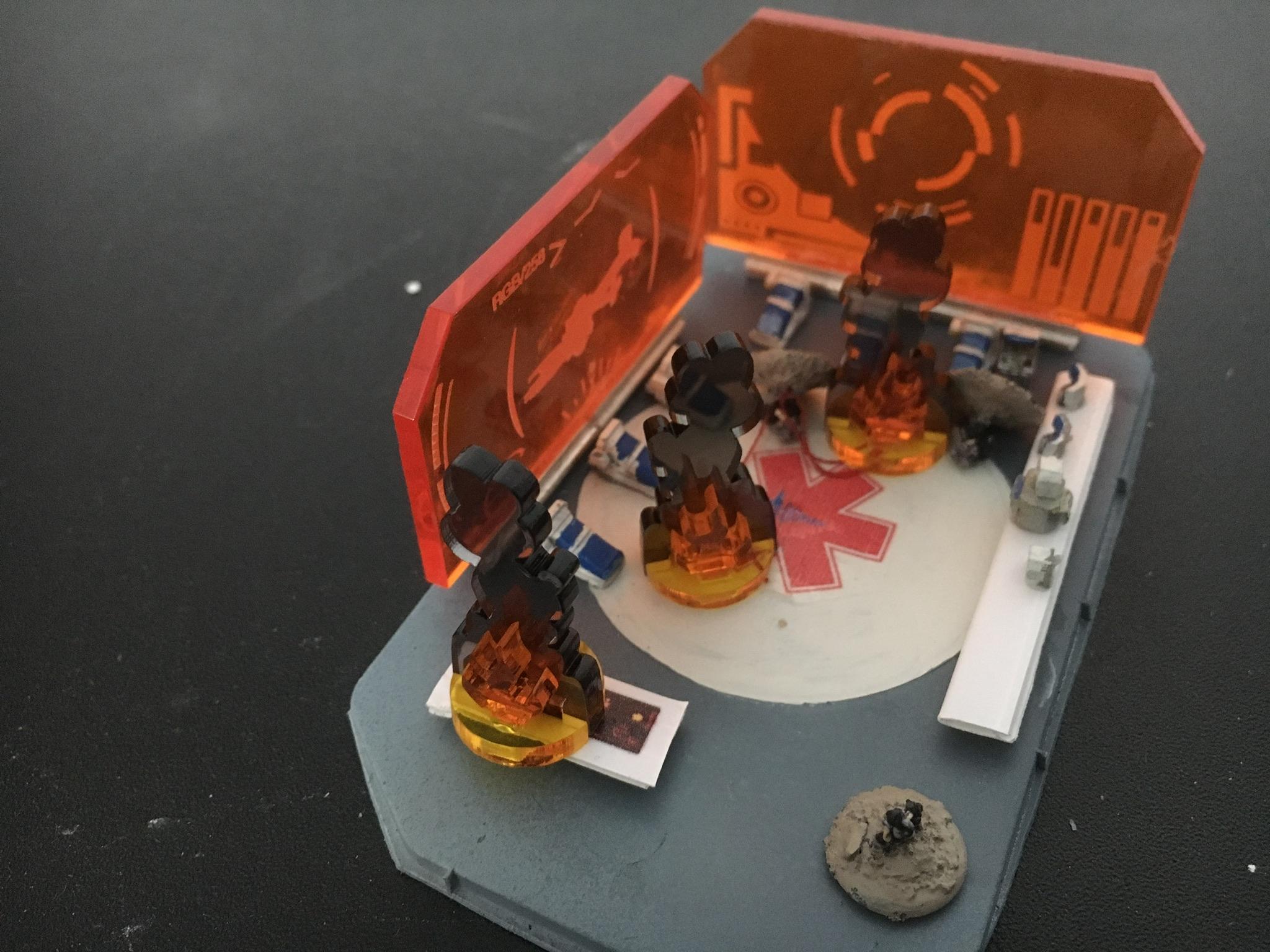