OK, you guys put the raw meat out and fired up the laser pointer. But I decided to do crew for my Pyro 1/250 scale Brig of War first, to see how it went. Rather than go the expensive way and buy figures from Langton, I decided to try something different. A long while back I saw that Julian at Model J Ship was using Eduard laser printed Naval figures for his 1/1200 ships and dioramas. He makes them look really good. I ordered some. Unfortunately my results were not so good. They looked too flat, two dimensional, for my tastes. But they gave me an idea. What about card figures? If the card stock was doubled, at that scale they could have depth. So I searched Pinterest for crew figures and found what I wanted. I pasted them into a Word doc and sized each figure to 1/4″, then copied and pasted it again right next to the original. Then I flipped the 2nd image horizontal. I folded the images together to make a double thick, double sided figure. Then just touched up the sides with colored pens, added shirt stripes, hair color, etc. to those that needed it. More results can be seen on my blog at http://volsminiatures.blogspot.com/ 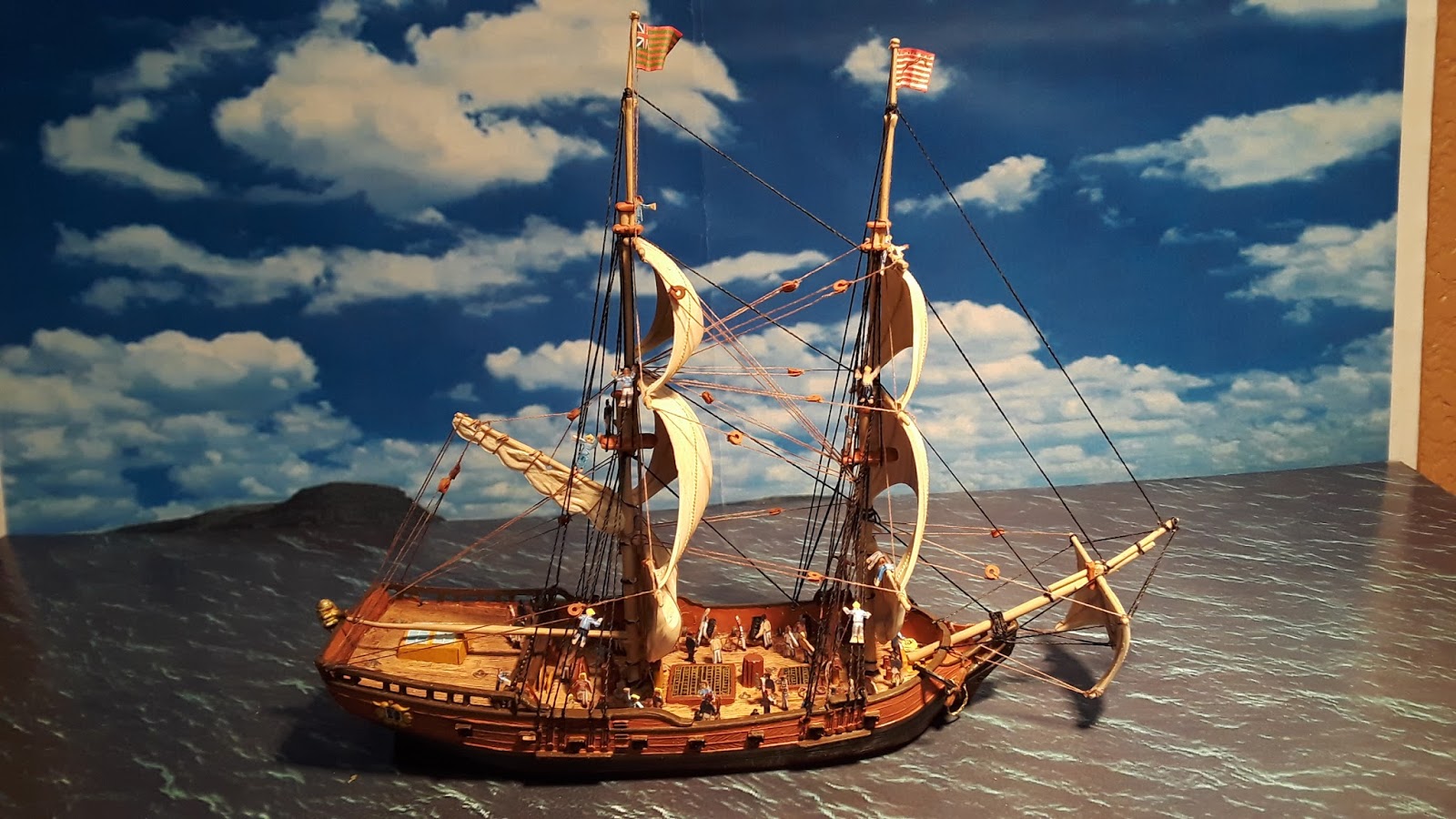 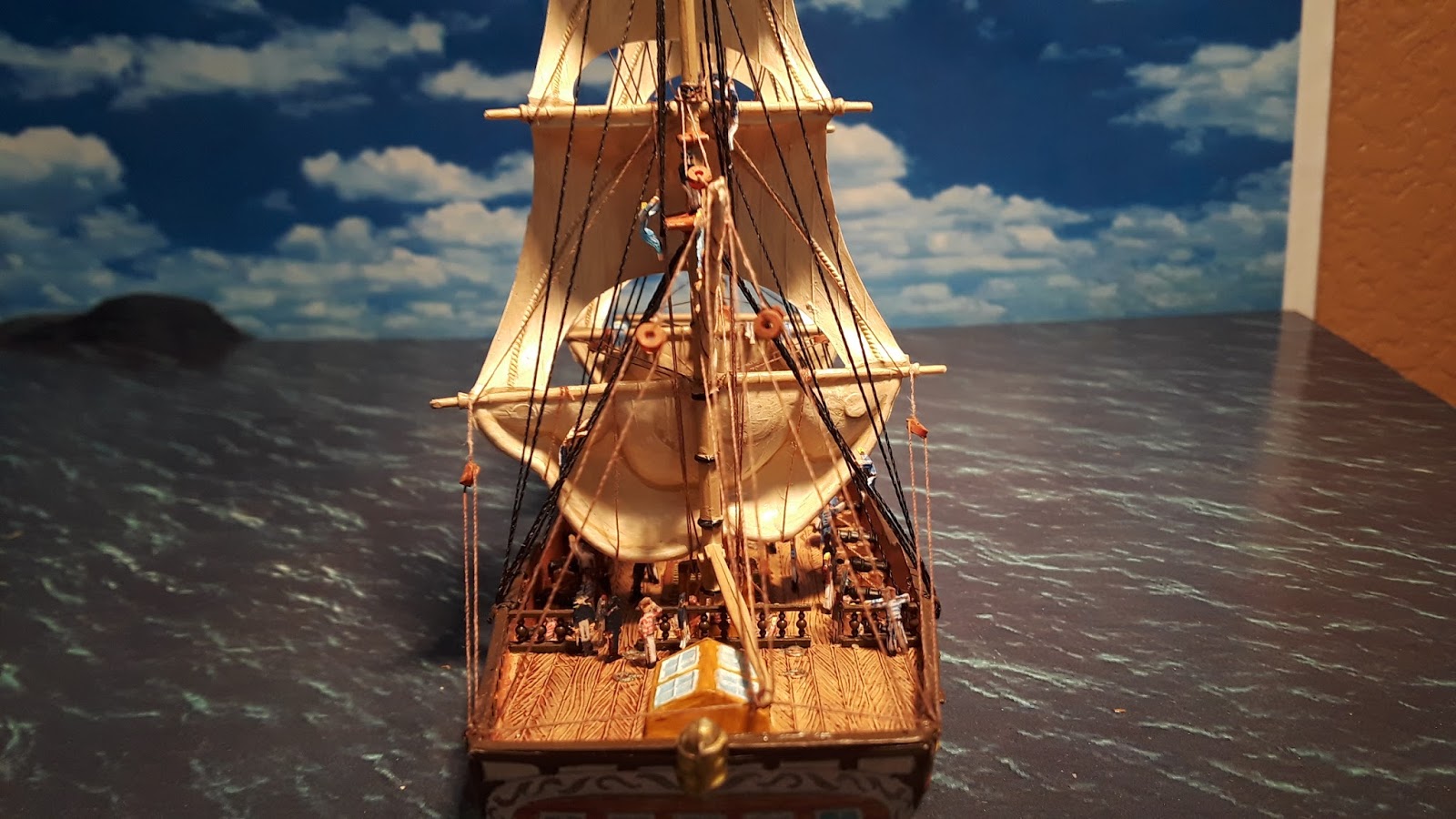 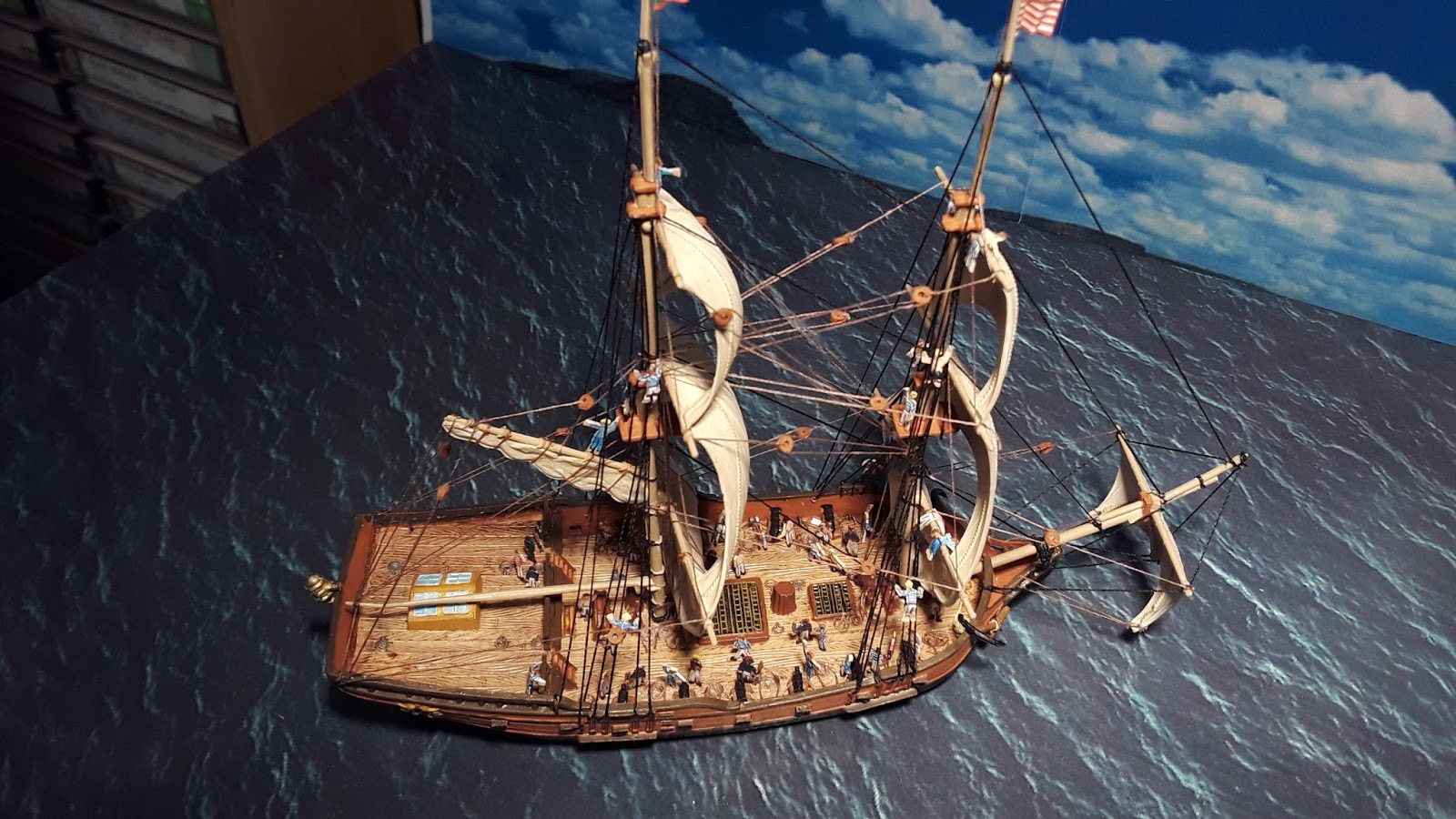 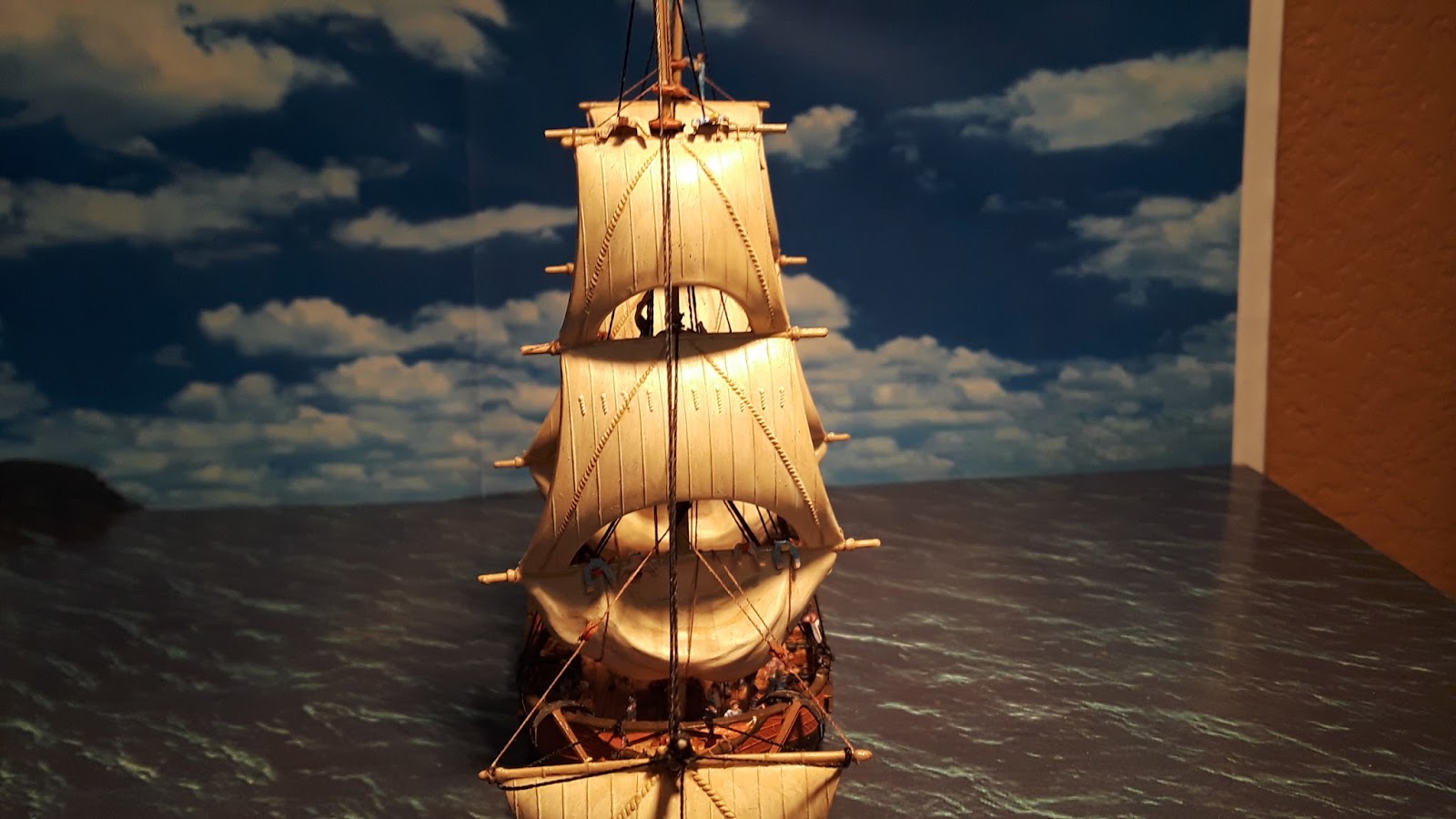