My favourite. No name for this chap yet (suggestions would be great). He was kit-bashed by putting together a Mantic Veer-Myn body and left arm, a chainsaw from a GW Sentinel for a right arm, a GW Imperial Guardsmans  head and kit  (behind him, not pictured here), and a Space marine scout hand and bolter.

The idea is that he is a former Imperial Guard Sergeant who, having been corrupted by chaos, has mutated slightly and is working as a soldier for hire. I will be using him in a campaign I am planning where the players will be operating a mercenary group in the 40k universe (not with 40k rules though). They will have to hire and fire troops, balance the books, purchase equipment, etc, in addition to the actual combat missions  (for anyone who has played the PC game Jagged Alliance, kind of like a 40k tabletop version of that game). 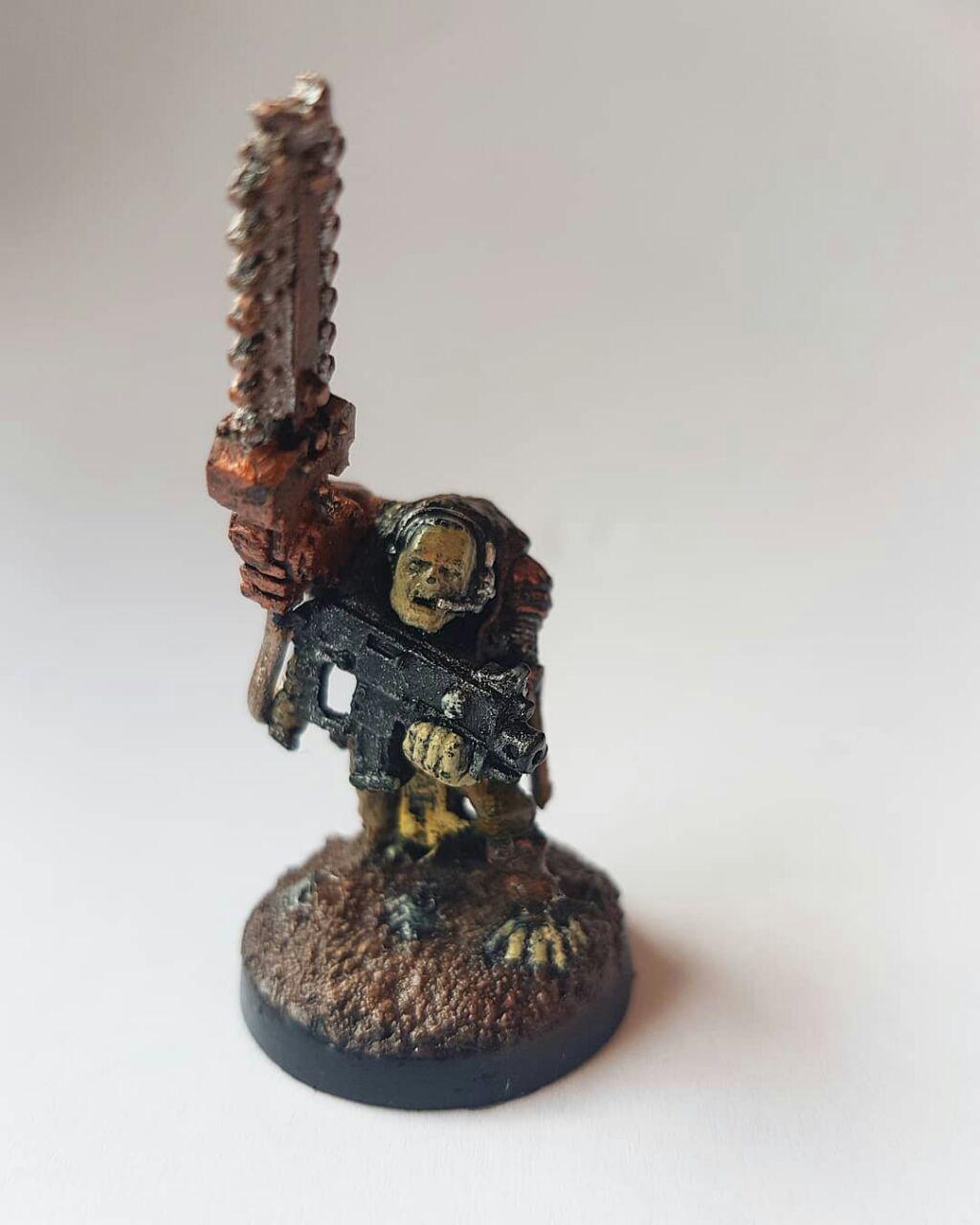 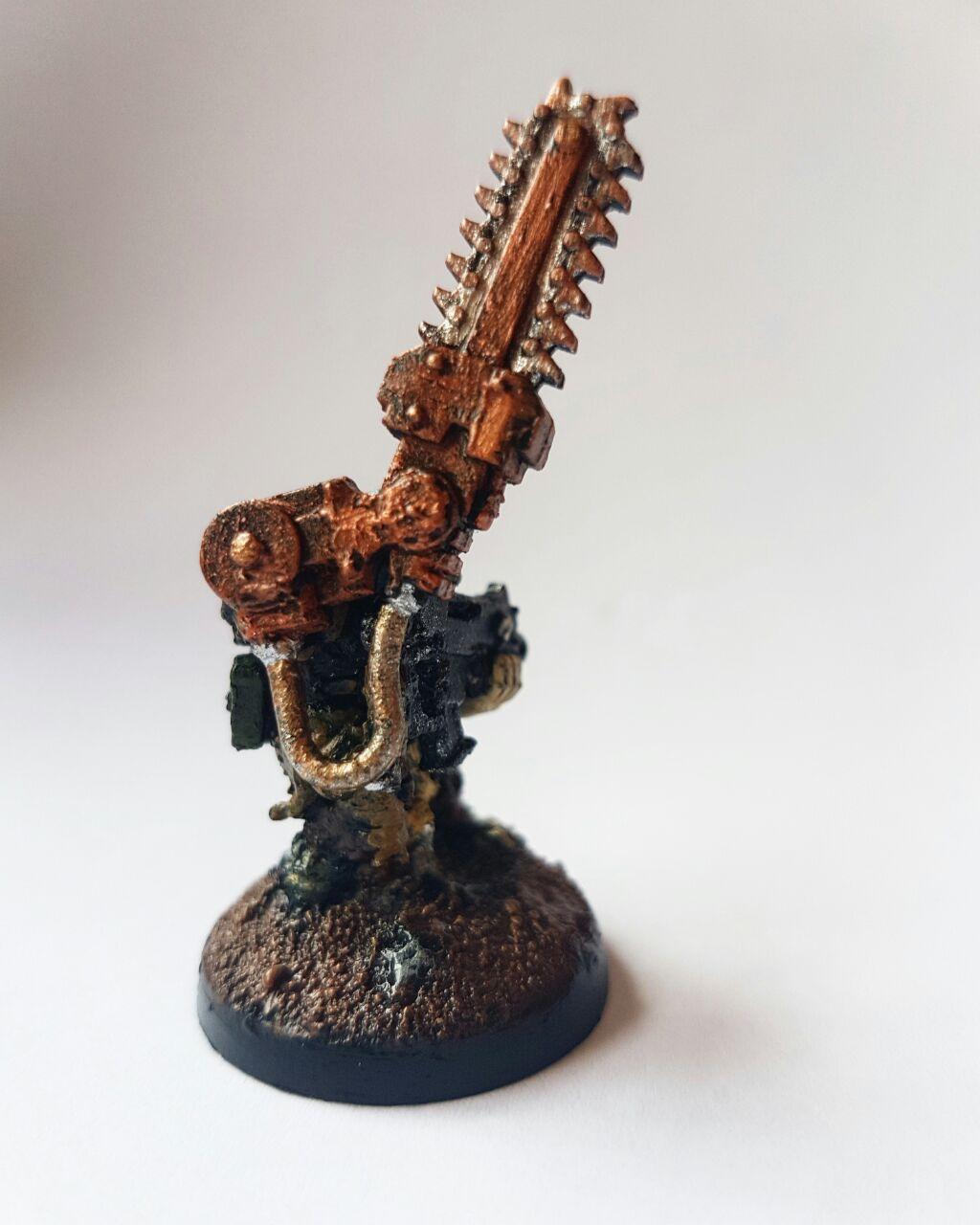 Those are brave men knocking at our door. Let's go kill them!