This character is a Space Shuttle pilot (Civilian 2nd Class) with dreams of being a Battlestar Commander – well he can dream can’t he?

He was made in response to a Frothers Competition some years ago – never had the bottle to enter him, but his back story grew on me – they wanted anyone/thing you might see at a space hub and I had this idea of a rather gauche Space Squid who flew a little shuttle back and forth to interstellar craft from a hub interchange, but saw it as the start of his career in the Space Corps (whatever that is!). A sort of Cephalopod Arnold Rimmer maybe. Anyway here he is stepping smartly out through the throng to his craft. Wish him luck. Wish them all luck! 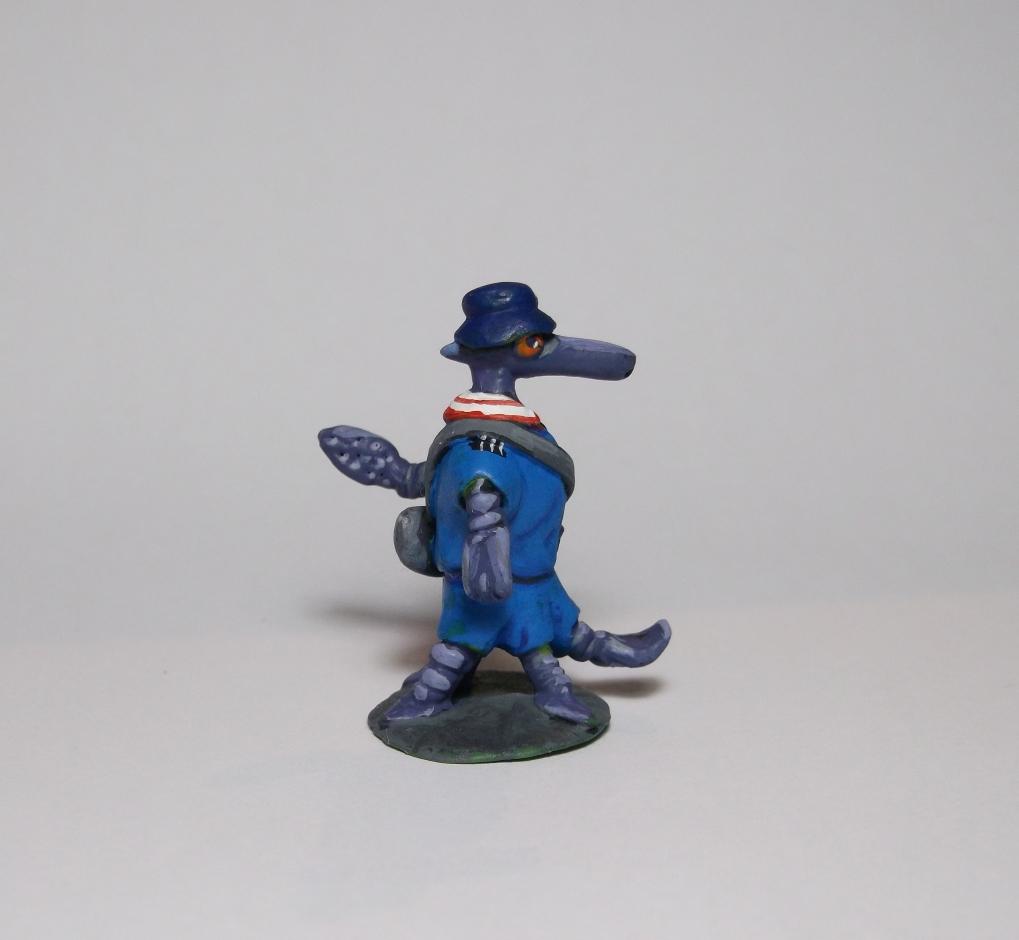 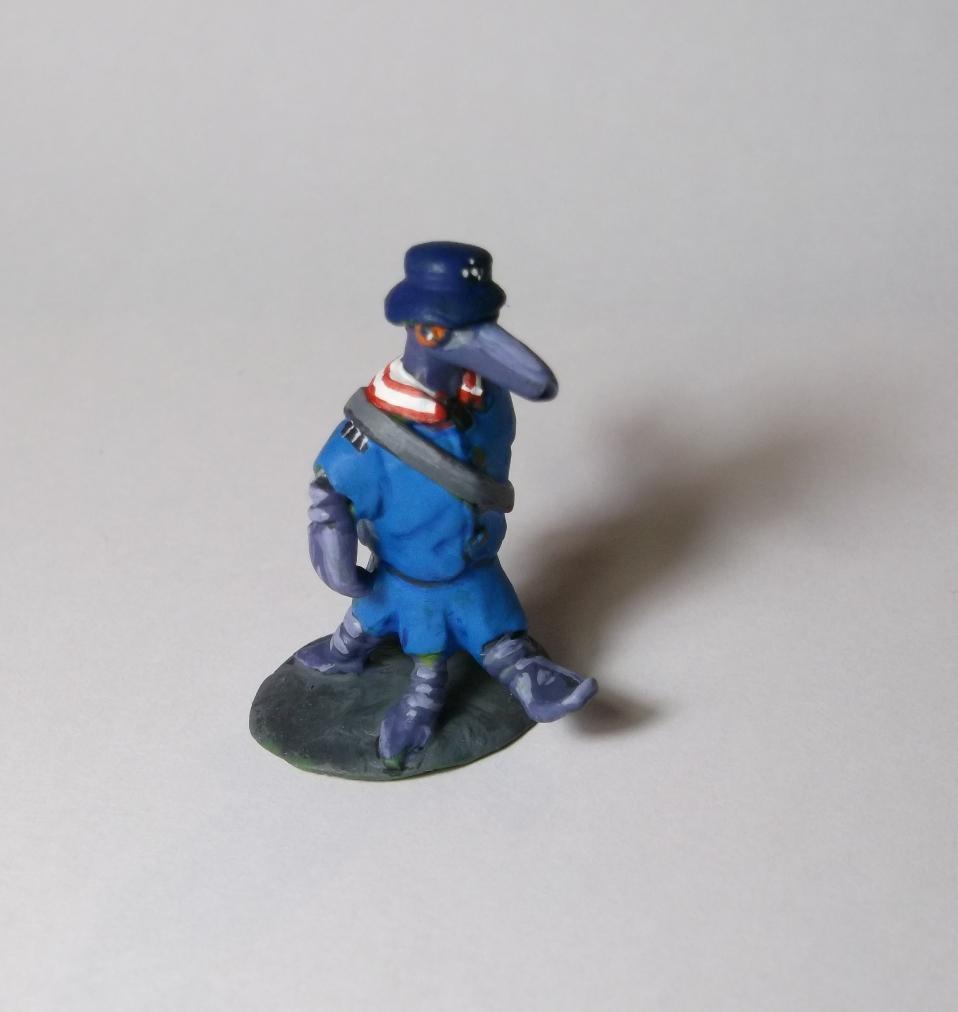