Now that the insanity that is the holiday season in retail have come and gone, I finally find some time to post some things that have been standing around almost finished since the end of last year.

I managed to finish up not only my first lance of Battlemechs, but also my customized unit of EM-4 mechs for the NTC: 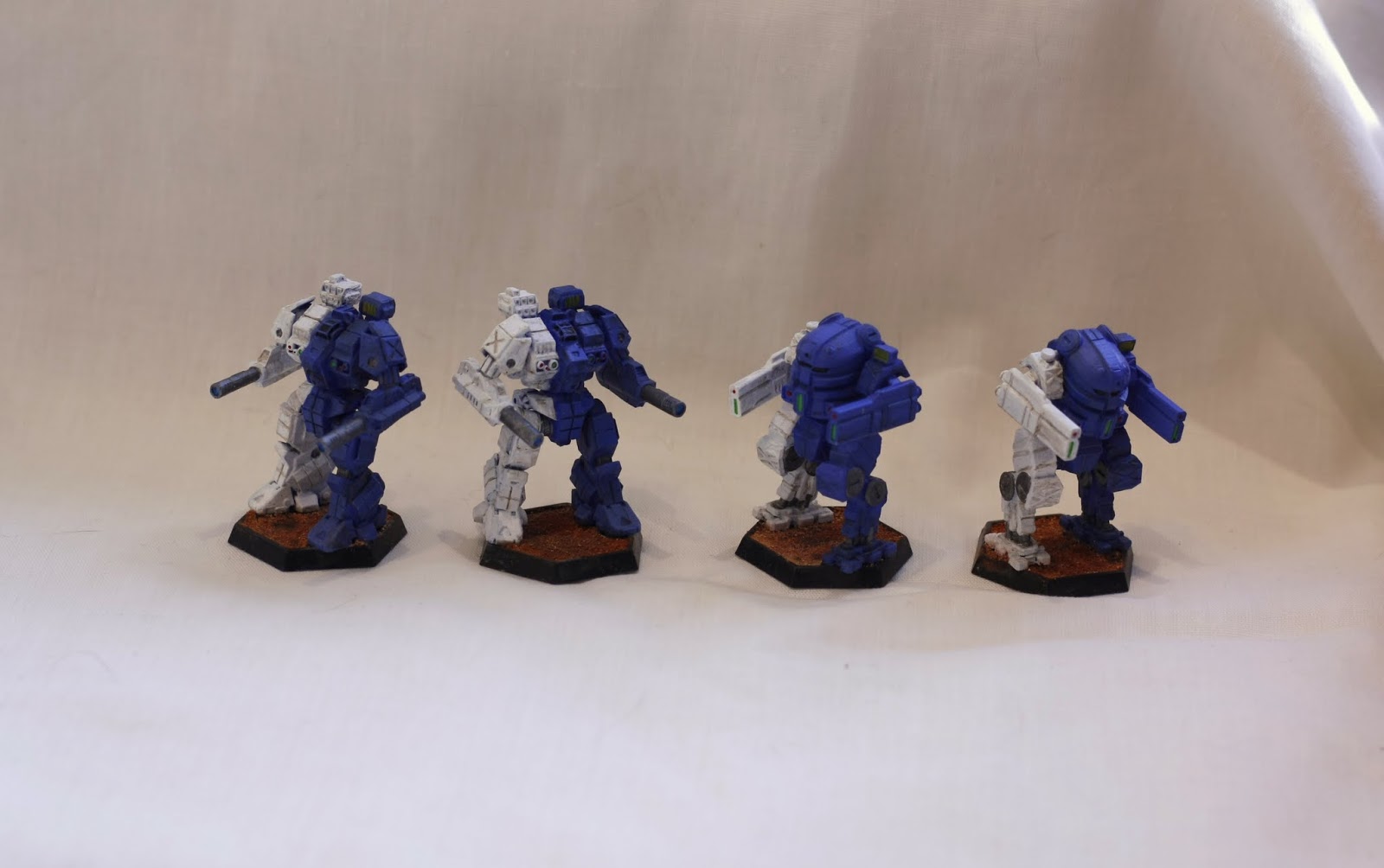 The 1st lance. For those of you unfamiliar with Battletech, these mechs are painted up as Lyran Guard, part of armed forces of the Lyran Commonwealth ruled by House Steiner. The lance consists of 2 Warhammers to the left and 2 Flashmen to the right. All four are classified as heavy mechs. 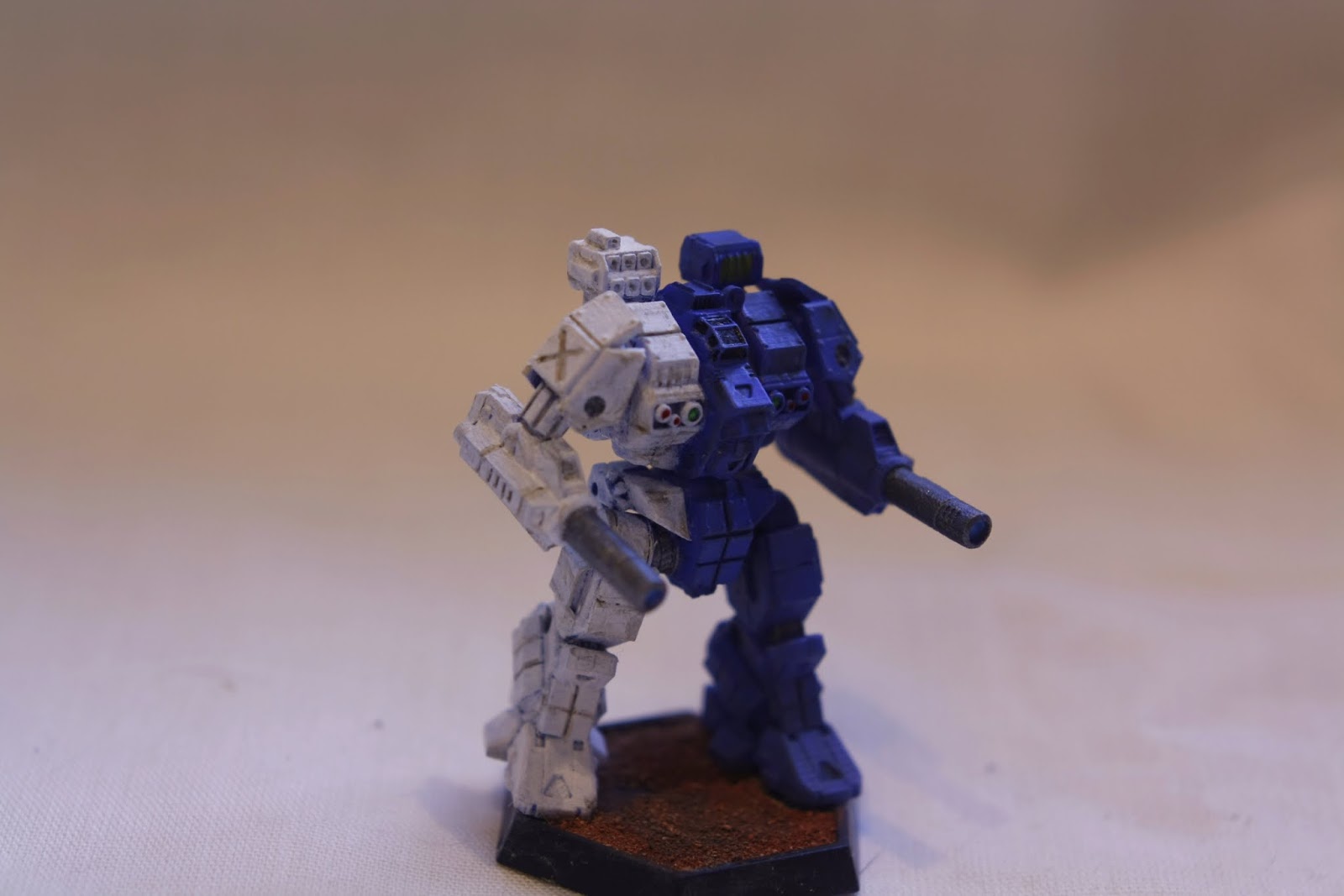 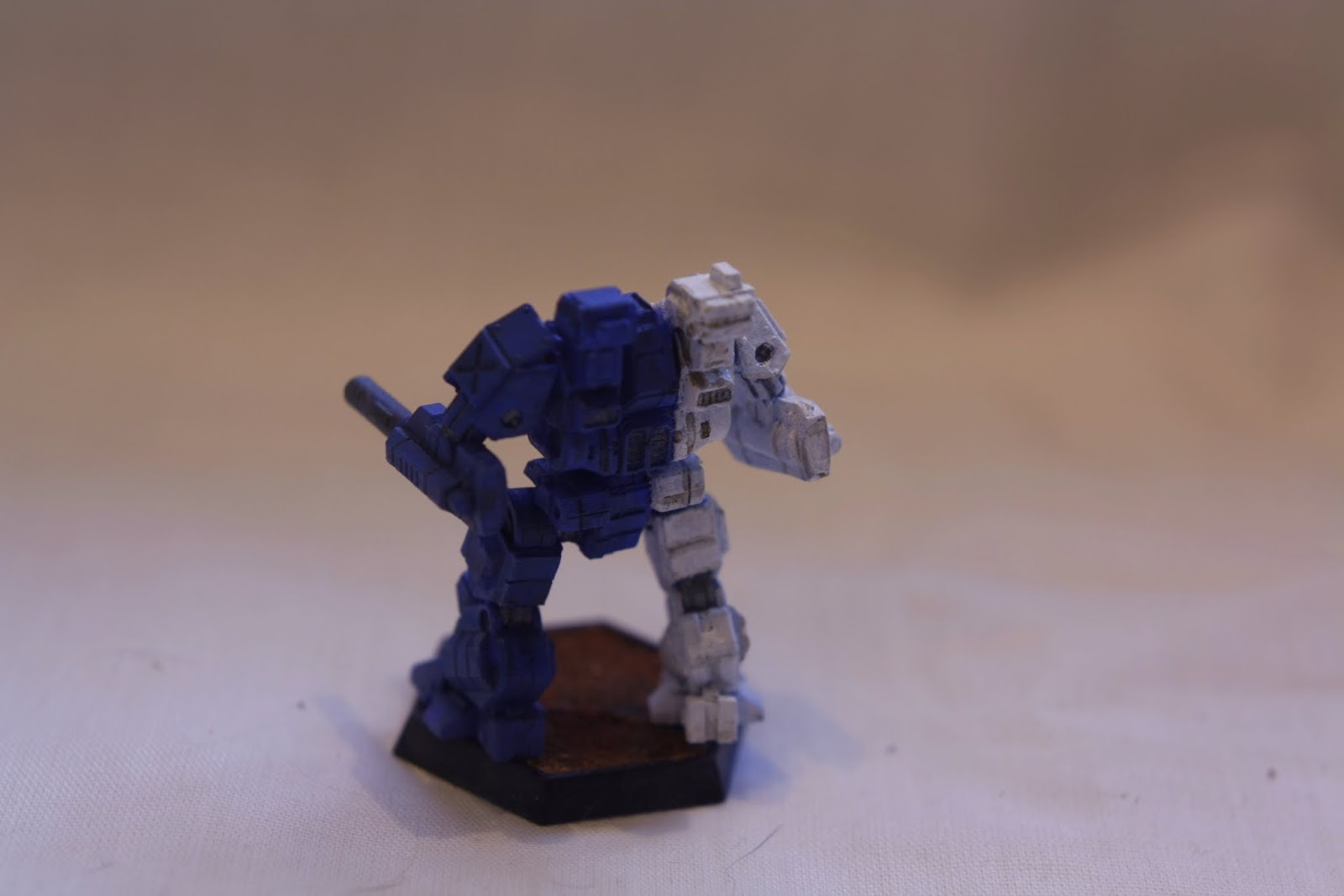 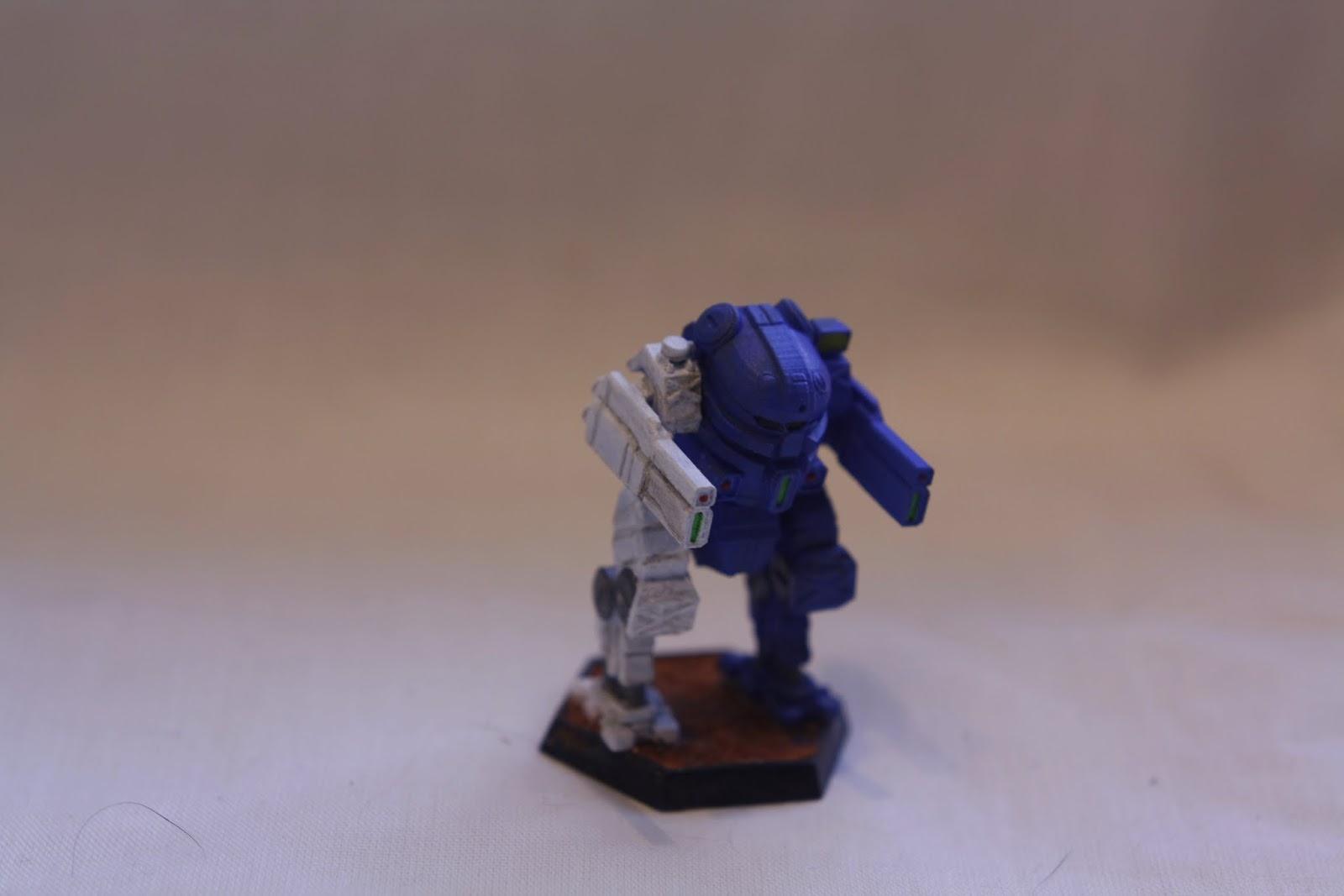 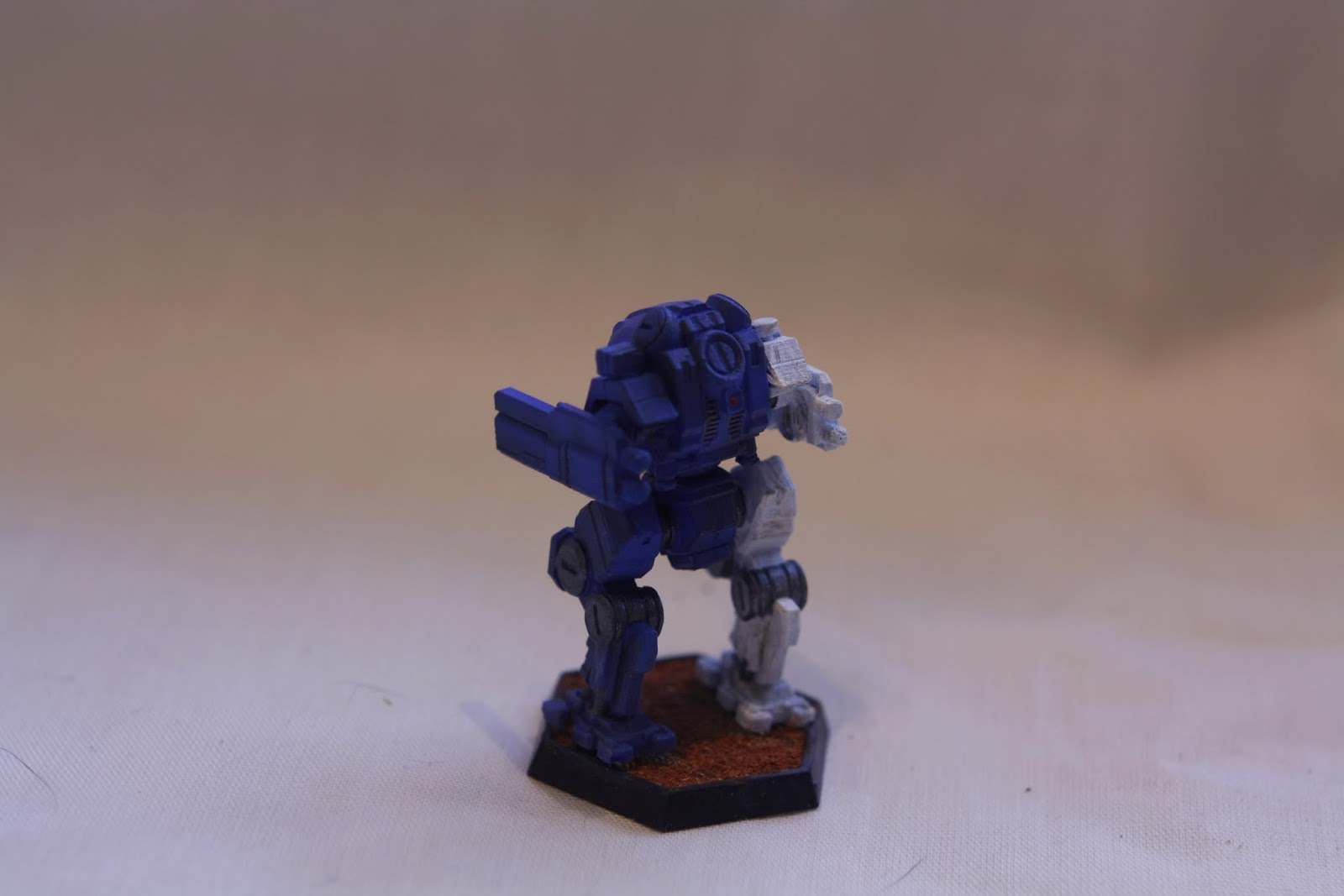 In the non-BT mech category we have the new unit of NTC mechs, all made from EM-4 mechs and modded with various bits from GW, Heavy Gear and Maelstroms edge. 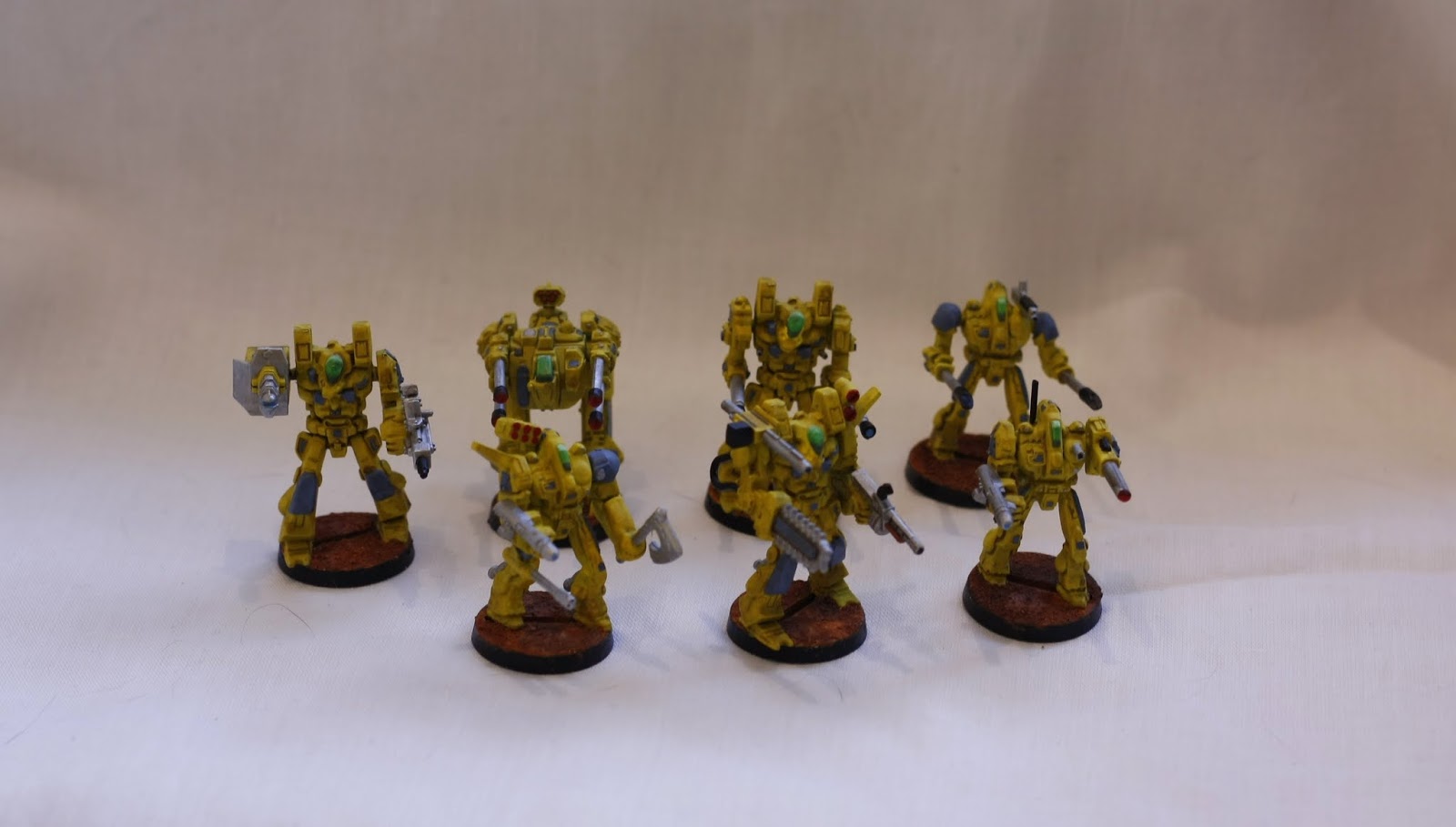 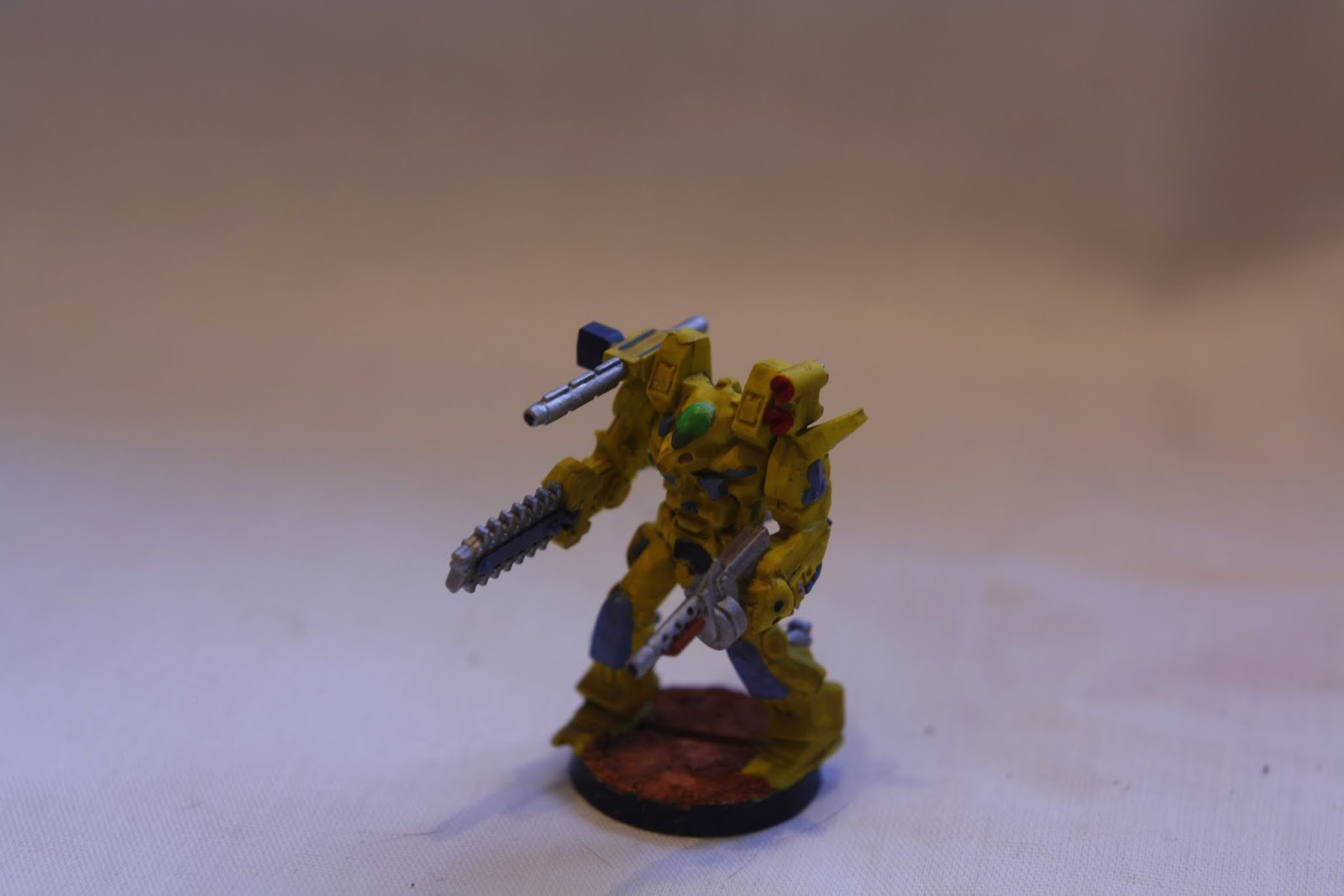 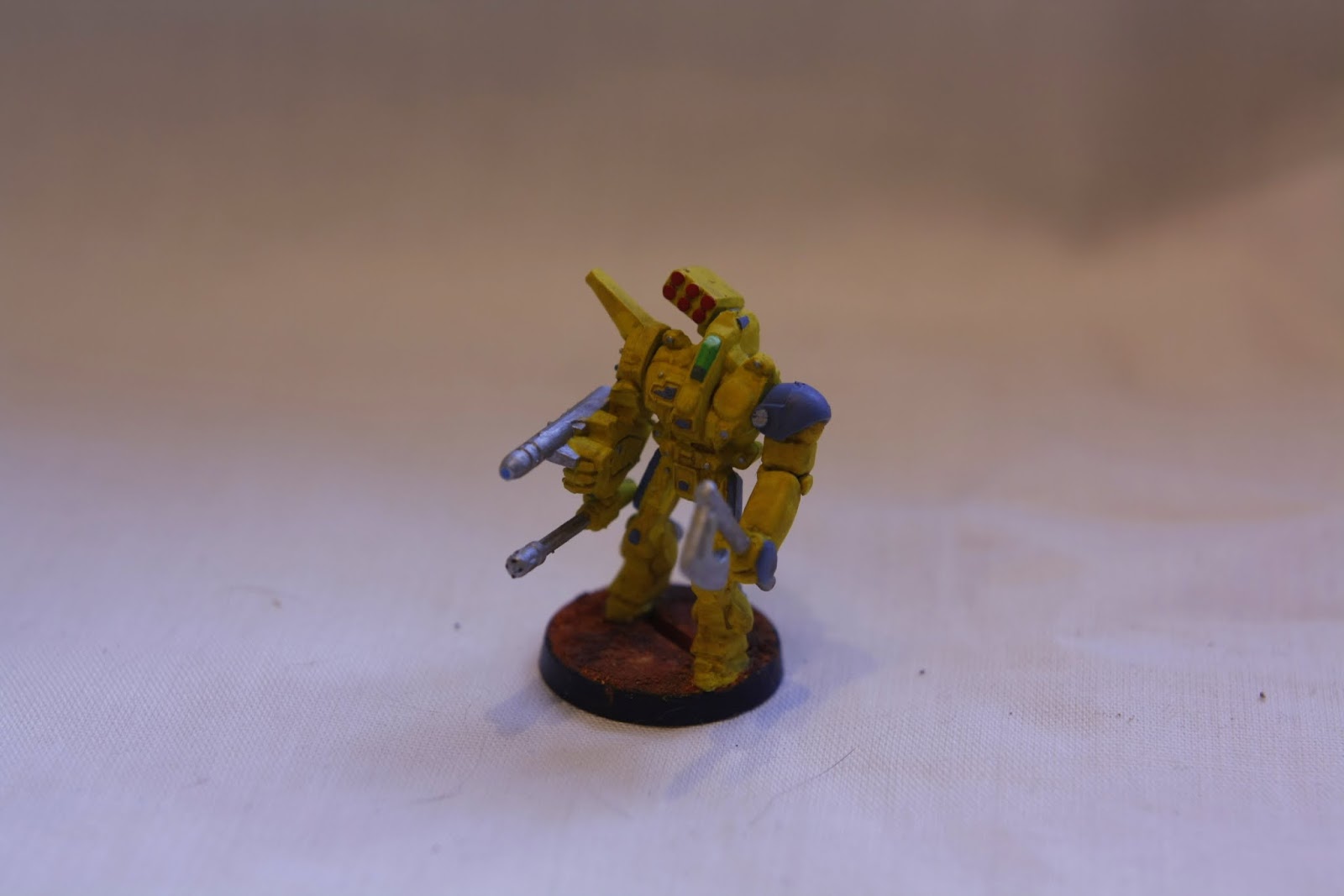 These first two I originally made to be a paired team for another mech-based project that didn’t really get off the ground, so I folded them into the NTC as possible commanders/super heavy units due to their extensive modifications. 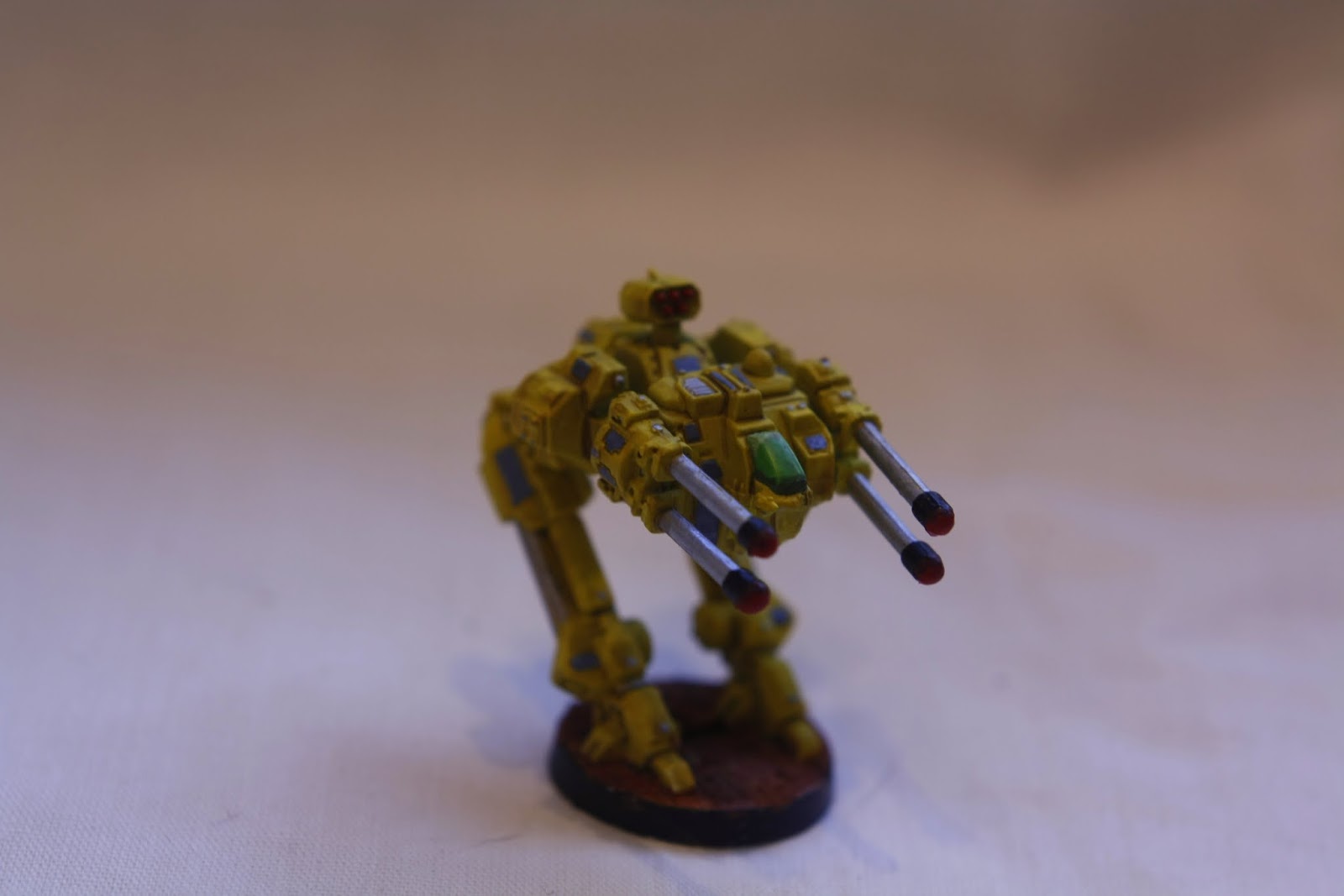 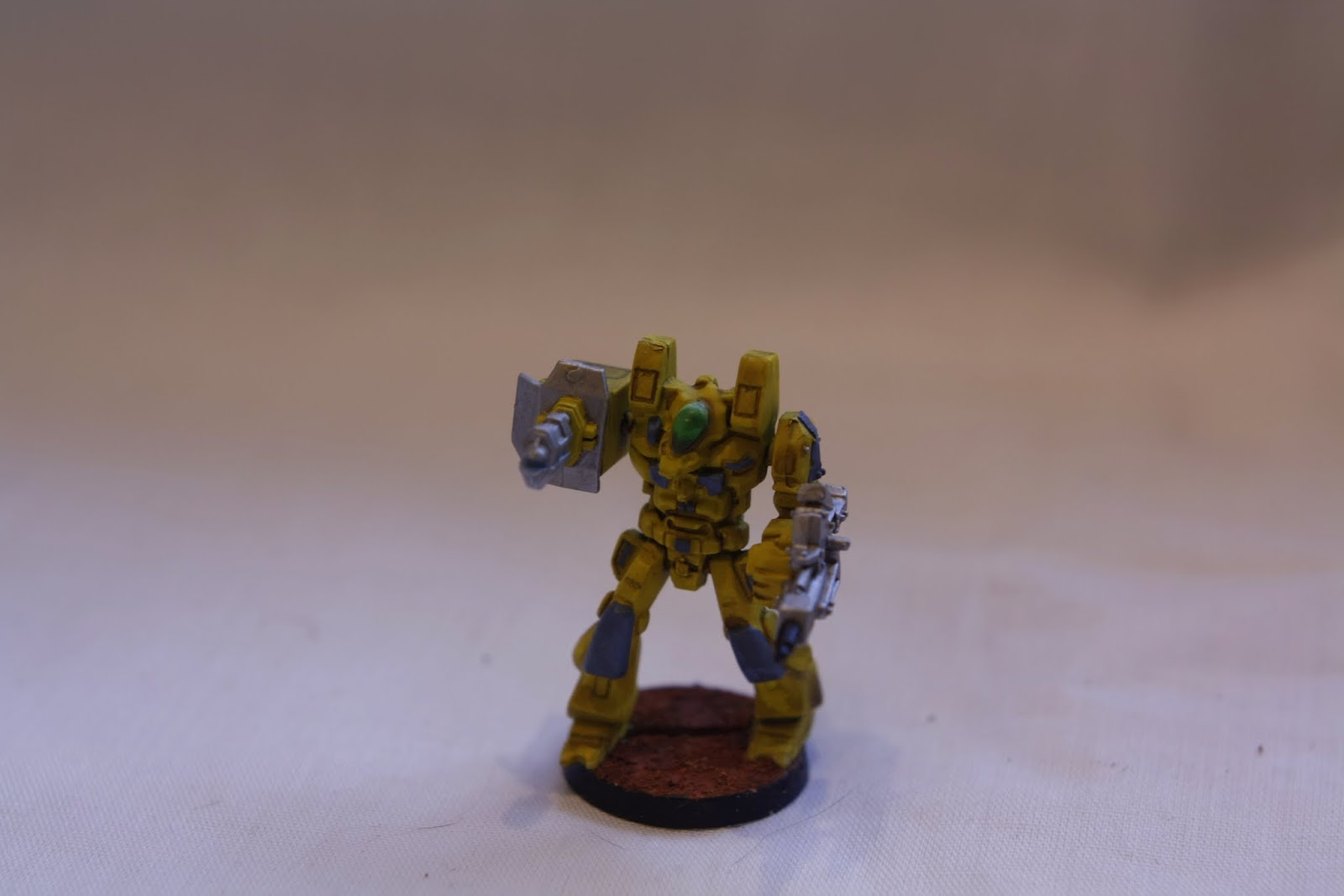 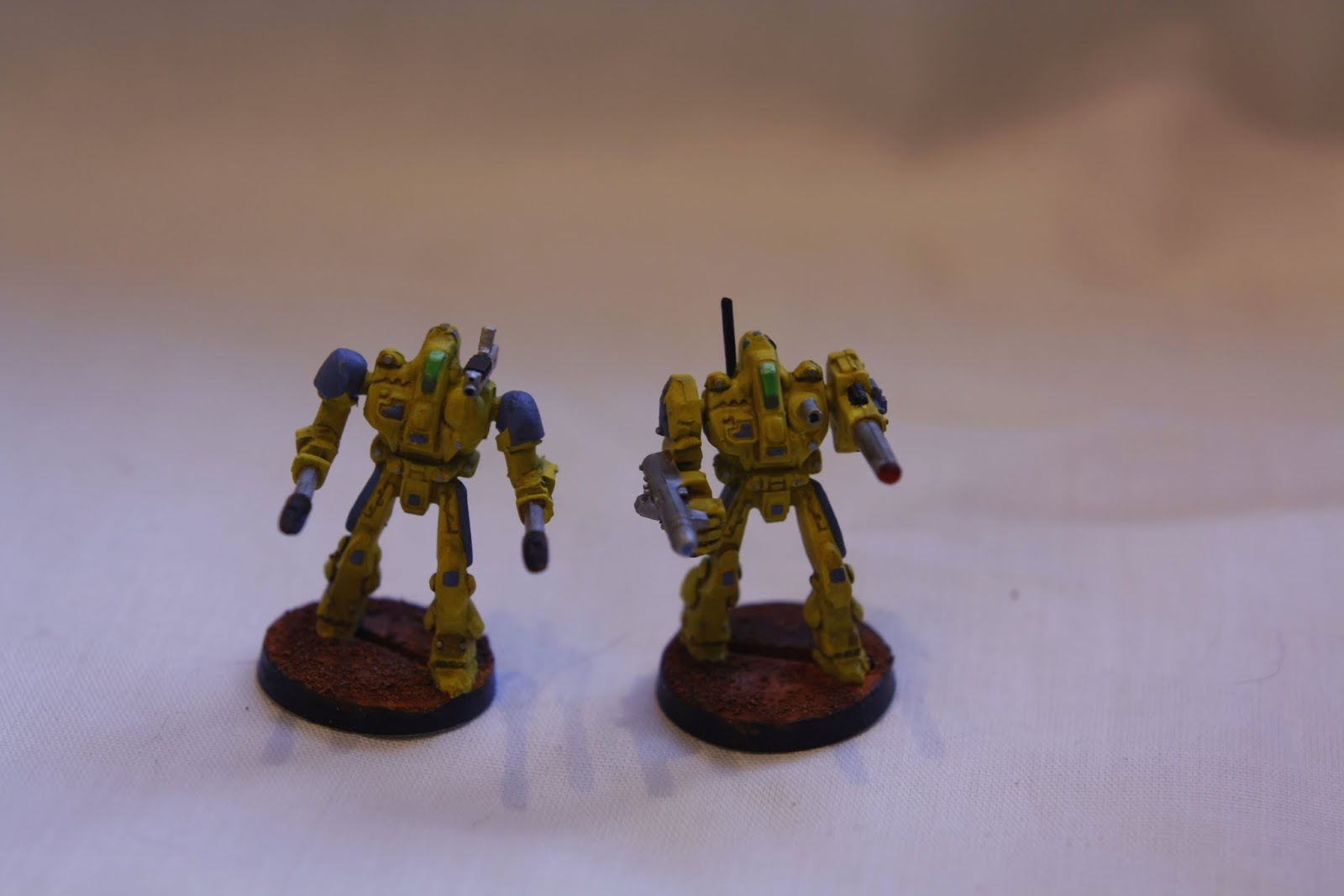 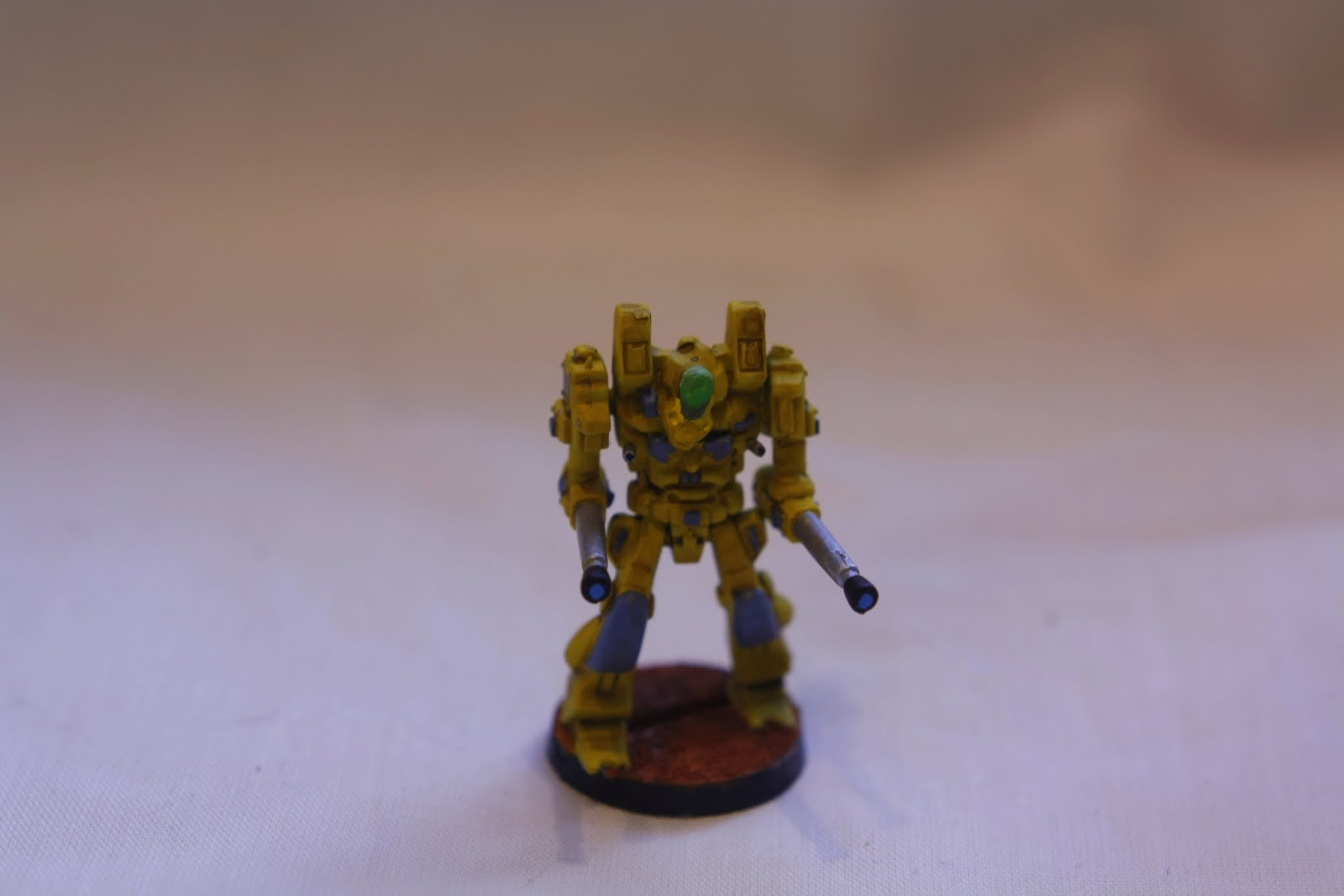 And that is all I have to share in a state fit to display, don’t worry though, there are always more stompy robots around the corner 🙂