The explosion was deafening. The interior of the Pathfinder went dark and smokey. Maine clawed at any thing that would help him lift himself up from the floor of the Pathfinder. His legs hurt, his ears was ringing and he was bleeding. Some how he managed to get back into the small turret. He looked out and could just see the outline of the HARD suit through the smoke. He grabbed the controls of the GMG and hoped that it still worked. More grenades spat out and this time Maine got lucky. One hit it on the leg and another exploded taking out its MG.

The RDF Trooper growled and cursed as the HUD flashed back “malfunction”. He decided to withdraw.

Maine kept firing, he couldn’t really see. He was injured and didn’t really know how to operate the weapon correctly. It was mayhem. Grenades landed everywhere. Nearly taking out Ritter, while another blow the roof off the utility shed. One grenade hit the MTV and that exploded sending shrapnel in all directions. Then the GMG ran dry. Then silence……. 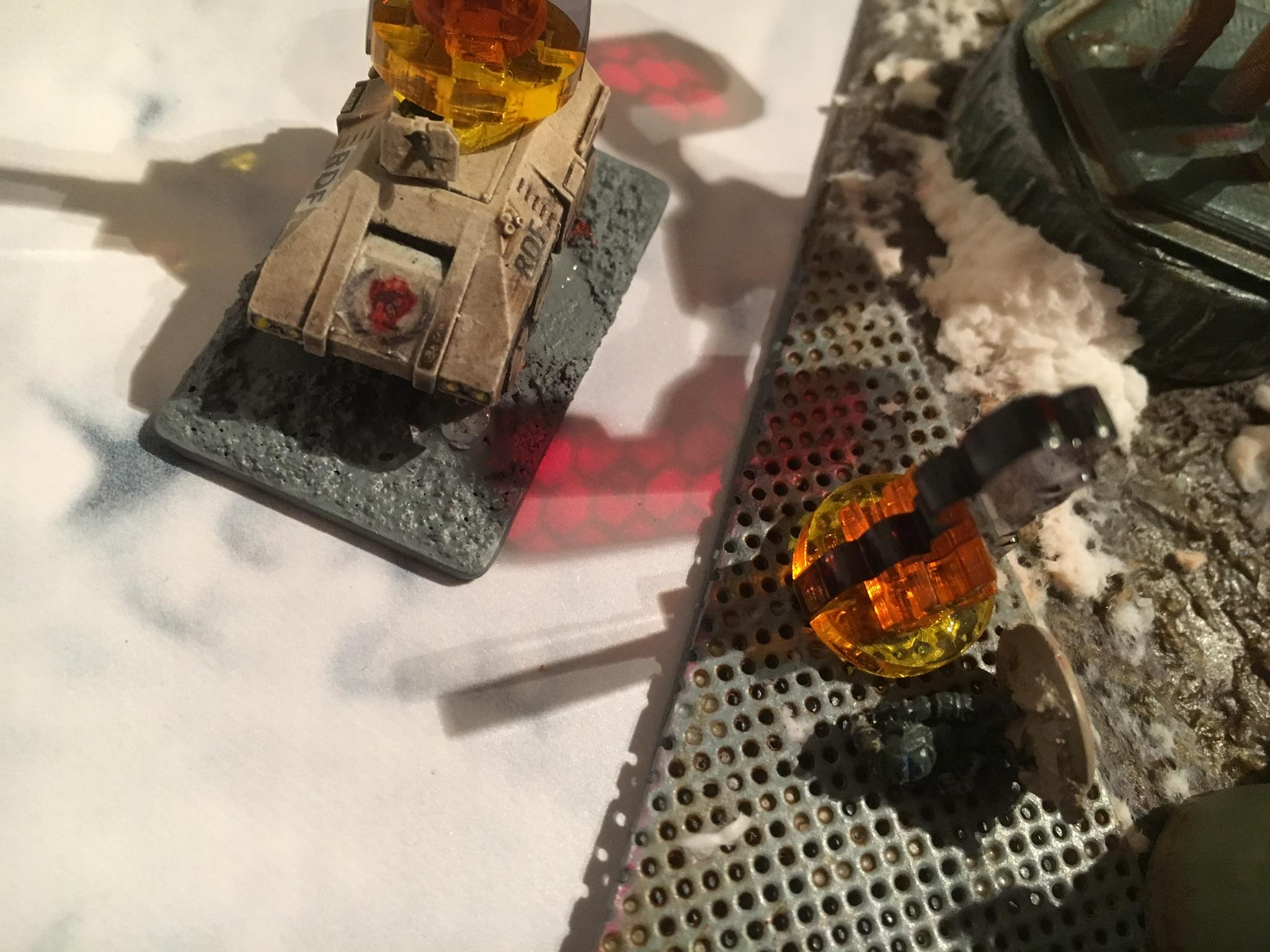 …………..McCallum lower his rifle as he turns away from the empty HARD suit.

“We could go after him. The murdering piece of Cerberus scum”. Scowls Obidiah.
“What he did in the rec room….those were my friends…and he…he cut them up like….” Says Colin, but gets interrupted by McCallum. He could sense the anger and need for revenge. No soldier should have to die like they did.
“He will get whats coming to him. But not yet, we have other things to worry about”. He says.

With the area secure the whole team, except Johanson. Who was still missing, makes their to the C&C in the Ice Station. There they find the man himself. He was looking at the plotting table when they entered.
“Thanks for the help back there” Says Maine, sarcastically.
“I’m not here to fight your wars” Says Johanson
“I’m here to defeat the PHR and we need to mount a defence” he says, pointing to a sat image on the plotting table screen. The team members lean in to get a better look and a few sets of eyes went wide at the sight.
“And I was hoping that it would have been lost when we destroyed the PHR ship” 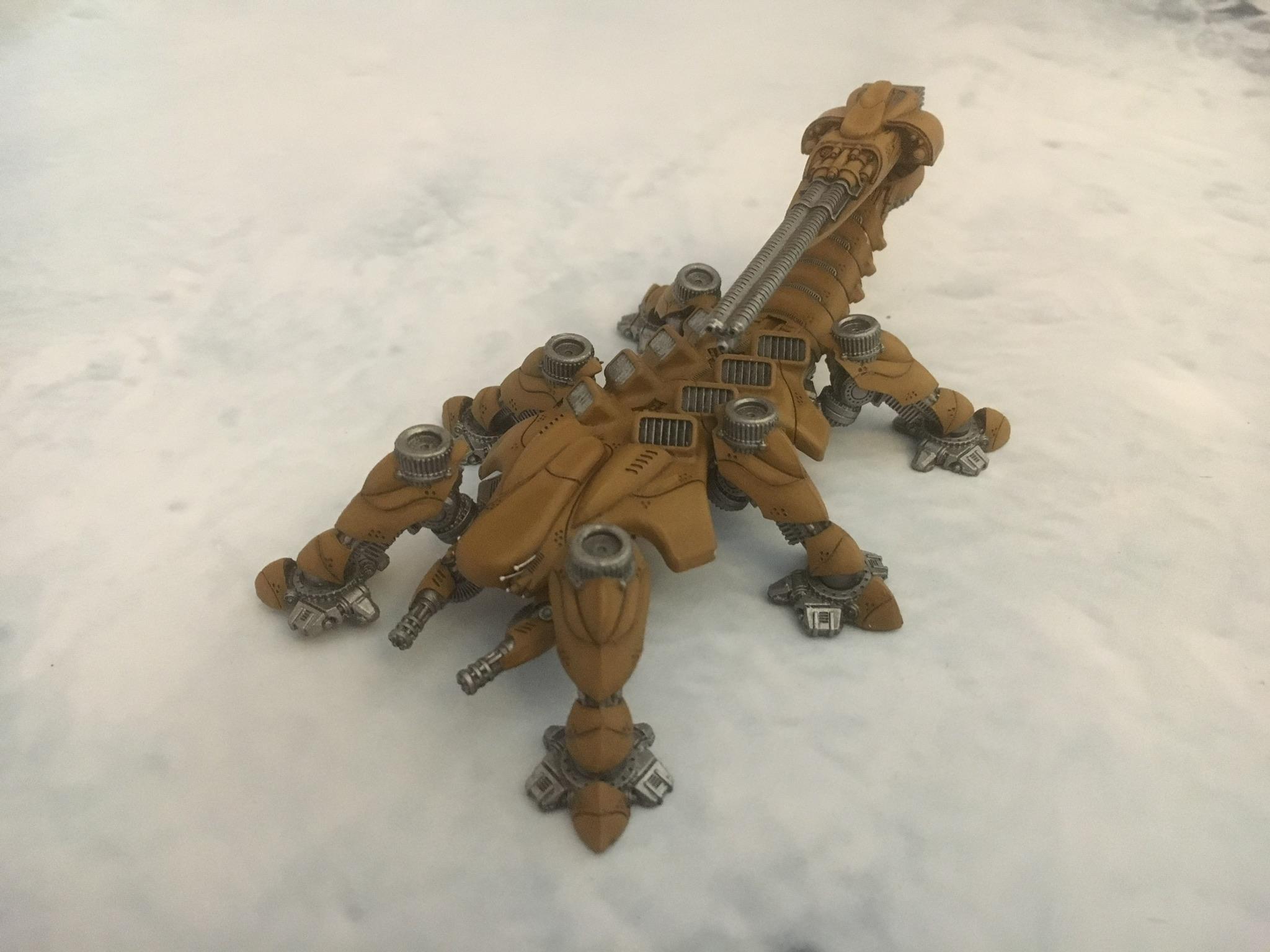 “It’s a Hawk Hades super heavy combat walker” says Johanson
“It will be here in less then an hour” he says.
“How the hell can we stop that? I mean the thing is a walking city, that can level a city block” Says Woods.
“You have two advantages” Says Johanson. Continuing.
“The PHR need the gate. The gate which you’ve interfaced with your technology. They will want these buildings intact , if they are to take control of the gate.”
“And the other advantage we have?” Says McCallum
“Their logistics were destroyed when we destroyed their ship. Not only do they need your technology to power themselves. They have to balance their power levels for defence and offence”. Says Johanson

“They will move in close with the walker, taking out any resistance. Then the infantry will disembark and secure the buildings”. Says Johanson, he continues.
“Remember they are energy based. Their weapons, their shields and they have no way to replenish their power levels”
“That’s why they were interested in our solar power station. Hinz and Chapman just happened to be in the wrong place at the wrong time” Says Shields.
“Correct” Says Johanson.
“What you have to do is maintain firing. Although your artificially propelled weapon systems are primitive. The PHR can’t maintain their power levels indefinitely. They will have to maintain power to their shields. Fore going the ability to use their weapons. Furthermore, with enough firepower you might be able to drain their shields. Once their Shields drop they with start to take damage. This applies to the walker and the infantry”. Continues Johanson.

“But we can’t put down enough firepower from our rifles or the few number of Pathfinders we have.” Says Woods
“We do have a Pathfinder Archer, if its serviceable” Says McCallum. Remembering seeing the said vehicle in the service area outside.
Shields smiles to himself.
“It is” replies Shields
“Plus as it happens. We do have a few toys squirrelled away. Colin…..why don’t you take Major McCallum and show him our toy box?” Orders Shields.
Colin smiles
“With pleasure sir”