Great mods to it, really looks like it’s been around the block!

When you had your sale recently I decided to get some Federation tracked vehicles. I’m going to use them as a sort of mercenary force. For some reason these models for me really lend themselves for conversion. Actually, the mini shown is a Cobra not the Python. I was going to use a Python but decided on converting a Cobra’s turret instead. I might redo the storage bin on the back of the turret and get rid of the red bit on the end of the gun barrel. Also, I couldn’t make up my mind whether to make a fuel drum or a rolled up cam net. My sculpture skills aren’t very good so I will teak all this.

I got some Talins and some Scorpions too. So I want all these to have an individual/worn feel to them.

The group huddle around the plotting table in the C&C and all listen in as Sheilds gives the brifing.
“Ok, people lets do this. I’ll command the Pathfinder Archer, Gomez you drive. Colin, take Obidiah and Clyde and command Tessa”. All three men nodded. Shields continued.
“McCallum you take one of the Paladins and Daniels you drive. Woods are you Ok with the drones?” He nods. “Good…..set yourself up on the plateau. Trooper Ritter”.
“Yes sir” he replies
“You’ll have to have the Pathfinder as the second Paladin isn’t serviceable. Maine you drive it. You drive the engineering pathfinder and it’s no different”. Says Colonel Shields.
“Where would you like me?” Asks Johanson
“You pick your own ground. It’s your universe” replies Shields. 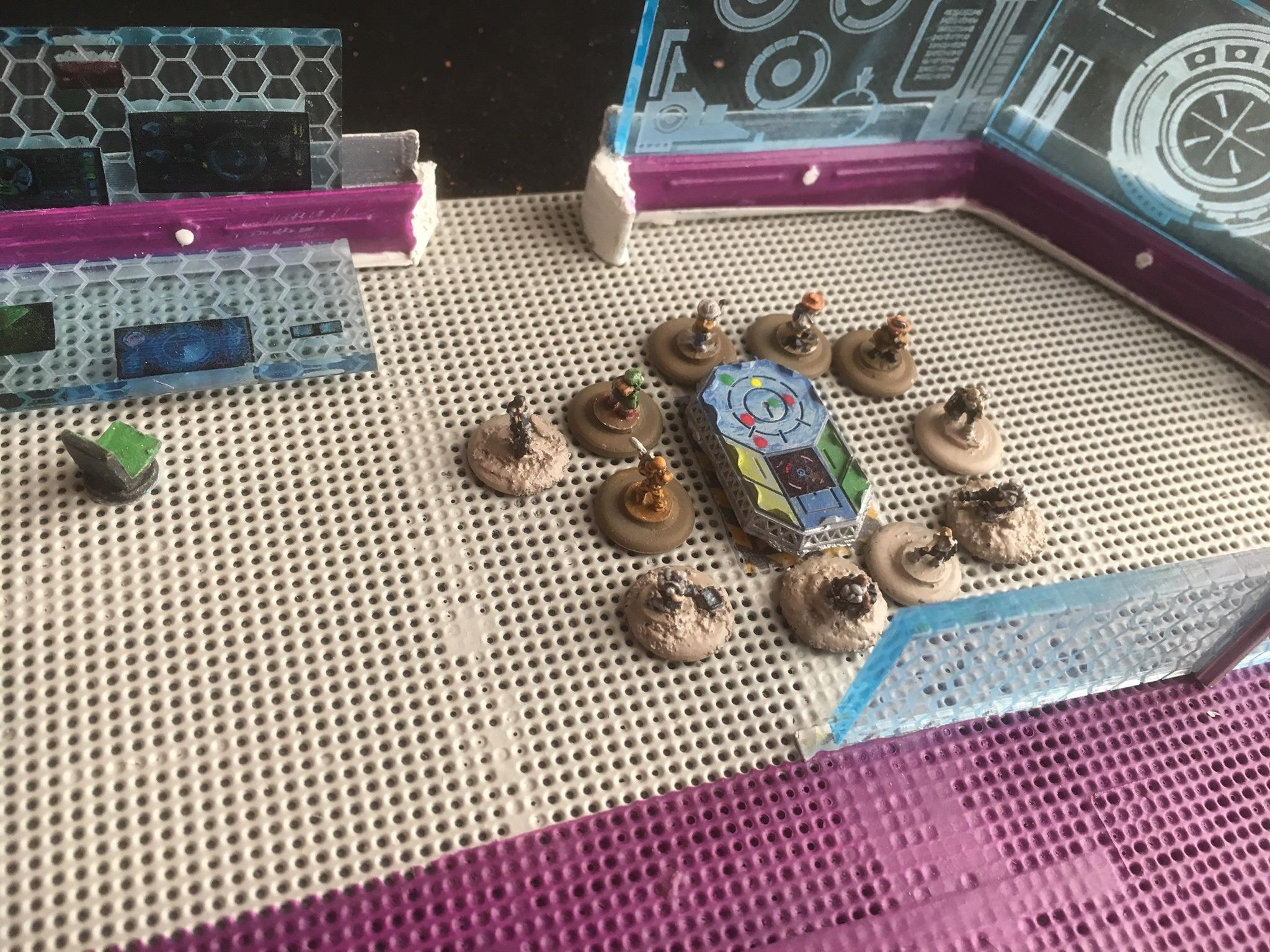 Shields settles into his set in the Archer. He checks the fire control system and makes ready the missiles. While his driver, Gomez does her necessary checks and moves the Archer into position on the plateau.

Obidiah drops into Tessa’s drivers set, cowboy hat and all. While Clyde and Colin cram themselves into the fighting compartment and fidget about.

Woods gets comfortable on his spot on the plateau. He activates his first Gydran Drone and takes it high into the sky. Then looks across at Shields’s Archer.

While Ritter and Maine get settled in their Pathfinder. Ritter does the final checks on the GMG.
“Are you sure you don’t want me to shoot?” Asks Maine.
“Not bloody likely, I was lucky to live after your gunner practice”. He says.

Daniels gets the Paladin in position and gives McCallum the thumbs up.
He looks out from the turret and watches Johanson as he disappears into the snowy Wasteland. Then Shields’s voice comes over the comms.
“Ok, once you get a shot take it and keep firing. Use the buildings as cover and let them come in close. Hopefully they will be reluctant to damage any buildings since they might need to capture them intact. We need to wear them down and do it quick. We can also expect to have our comms jammed soon. So we will be fighting independently. Good luck”

They then all waited…….