Unfortunately for The RDF Trooper the snug nosed pistol wasn’t really the weapon of choice in cold weather. It jammed  but The RDF Trooper didn’t care. He quickly dropped the pistol and drew his combat knife. He much preferred to use knives over firearms anyway. He hated the RDF and all it stood for. But the one thing he did like was the Chayonets that were attach to the Enfield rifles as standard issue. He loved cutting up that RDF tart in the rec room. Now he will enjoying using this knife on McCallum. Not a Chayonet, but it’ll do.

Like lightning he struck first. McCallum, still suffering the effects of the explosion didn’t respond as quickly as what he would of. The RDF Trooper brought the knife up underneath McCallum’s field vest. The knife went in and McCallum felt a huge shooting pain, but remain standing.

The RDF Trooper grinned and was about to attack again. When McCallum, not willing to be beaten by this creep, counter attacked. He caught The RDF Troopers hand with his left and used his right to break his arm at the elbow. The knife fell to the ground and McCallum followed up with a head butt. It shattered The RDF Trooper’s nose and he stumbled back. His right arm flapping and broken and his nose pouring with blood. He then collapsed in the snow.

McCallum went to move forward to finish him but the stab wound stopped him. He winced with pain and sank to his knees. He fumbled around in his field vest and pulled out a vile of GX gel and stabbed it into himself. Immediately a feeling of rejuvenation went through him as the gel began to stem the bleeding and repair cell damage.

McCallum was about to stand up when he saw that The RDF Trooper was on his feet. In his left hand was McCallum’s own pistol! He had found it in the snow. McCallum dropped in when he was thrown to the ground when the C&C exploded. Now he was going to get shot by his own gun!

The RDF Trooper grinned, staring at McCallum with burning hate. Then he raised his left arm to shoot. An energy burst struck The RDF Trooper! His left arm dropped as he fired and the shot went harmlessly into the snow. His chest hurt, his eyes started to bleed as he lost sight. He fell as his leg gave out. Slowly his DNA degraded bit by bit and soon The man known only as “The RDF Trooper” was no more then dust!

McCallum instinctively turned to Woods. He was still alive! McCallum grabbed more GX gel and stabbed a couple of viles into Woods.
“Hang in there” he says as he hears footsteps in the snow. He turned and saw Johanson!
“Thought you didn’t fight other people’s battles” Says McCallum
“Well, I had a change of heart. Lucky really, that was the last bit of energy I had left in my weapon” replied Johanson.

McCallum was about to thank him when a groan got his attention, it was Maine!
Maine rolled over and sat up.
“Paddy! You lazy git! What are you doing asleep in the snow” Shouts McCallum joyfully.
“Oh, my head!” Groans Maine.

With Johanson taking care of Woods and Maine. McCallum does a search of the area. The only other survivor, amongst all the mess was Colin. Somehow he made it out of Tessa when the tank was hit. He was in bad shape and only just conscious. McCallum used the last of the GX gel and hoped it was enough.
“Did we win?” Asked Colin, weakly.
“Yes, my friend we won. Thanks to you and Tessa” Says McCallum
“She’s a good tank. They don’t make them like that anymore”

The Raven dropship came out of the gate and started to descend. Annie looked out at the smoke coming from Ice Station.
“Command and Control, this is Viper 2 come in” Says Annie into her comms.
“Colonel Shields do you copy?”
“Captain Fouquet do you copy?”
“Good evening, nice of you to drop by” Came McCallum’s voice.
Annie smiled and put the Raven in a landing cycle.

With Woods and Colin in as stable condition as they could make them. Maine with only minor injuries he turned to Johanson.
“Come with us” Says McCallum
Johanson shook his head.
“What will you do?”
“Don’t worry about me, I’ll be fine” Says Johanson.

The Raven lands and Annie and two RDF soldiers jump out and all greet each other.
“Is this everyone?” Asks Annie
“Yeah, just the five of us” replies McCallum
Annie looks around, confused.
“I only count four” she says
McCallum and Maine look around and see no sign of Johanson.
“Where’s Johanson?” Says Maine
“Who?” Asks Annie
“Never mind….Long story” Says McCallum 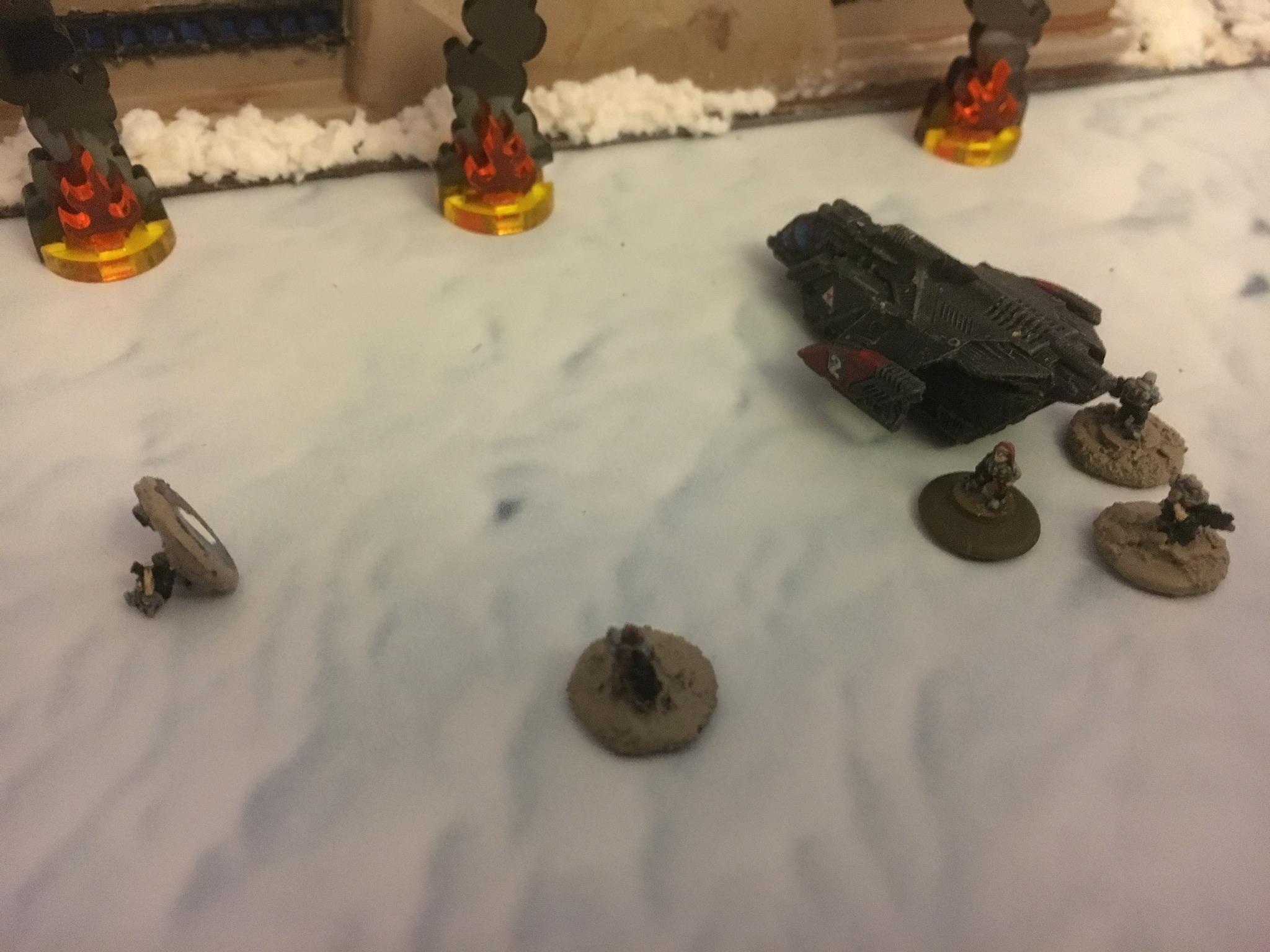 The two RDF soldiers load Woods and Colin into the Raven. Then McCallum turns to Annie and Maine.
“Let’s go home” he says.

General Sinclaire looked up at McCallum.
“How’s the stab wound Major?”
“A lot better thanks sir”
“And Woods and Colin, how are they?”
“I’m told they should both make a full recovery sir”
“Maine?”
“He wants to leave engineering and he’s put in an application to join the RDF”
“I’m sure he’ll make a fine addition, since we are so short staffed. Some good news to come out of this” Sinclaire continues.
“What is troubling is how Cerberus has infiltrated the RDF. You know this man and can confirm that he is dead.” Says Sinclaire, he turns the computer screen and McCallum sees the face of The RDF Trooper.
“Yes sir, I watched him die”
“Good, because he’s wanted for multiple charges, including genocide, rape and extortion. I’ve started an investigation into how he got past our security. Then there’s this new threat….PHR…Post Human…err..”
“Post Human Race sir.”
“Yes, that’s it. A very technology advanced race that’s hostile. To be honest, I’m not sure we have the strength to counter this new threat Major”
“Well, sir we do have a new ally”.
“Ah yes this Johanson and he’s still unaccounted for?”
“Yes sir, but I have a hunch that’s he out there watching.”
“Well anyway you look like hell Major. Take a few weeks off, you’ve earned it. Dismissed Major” 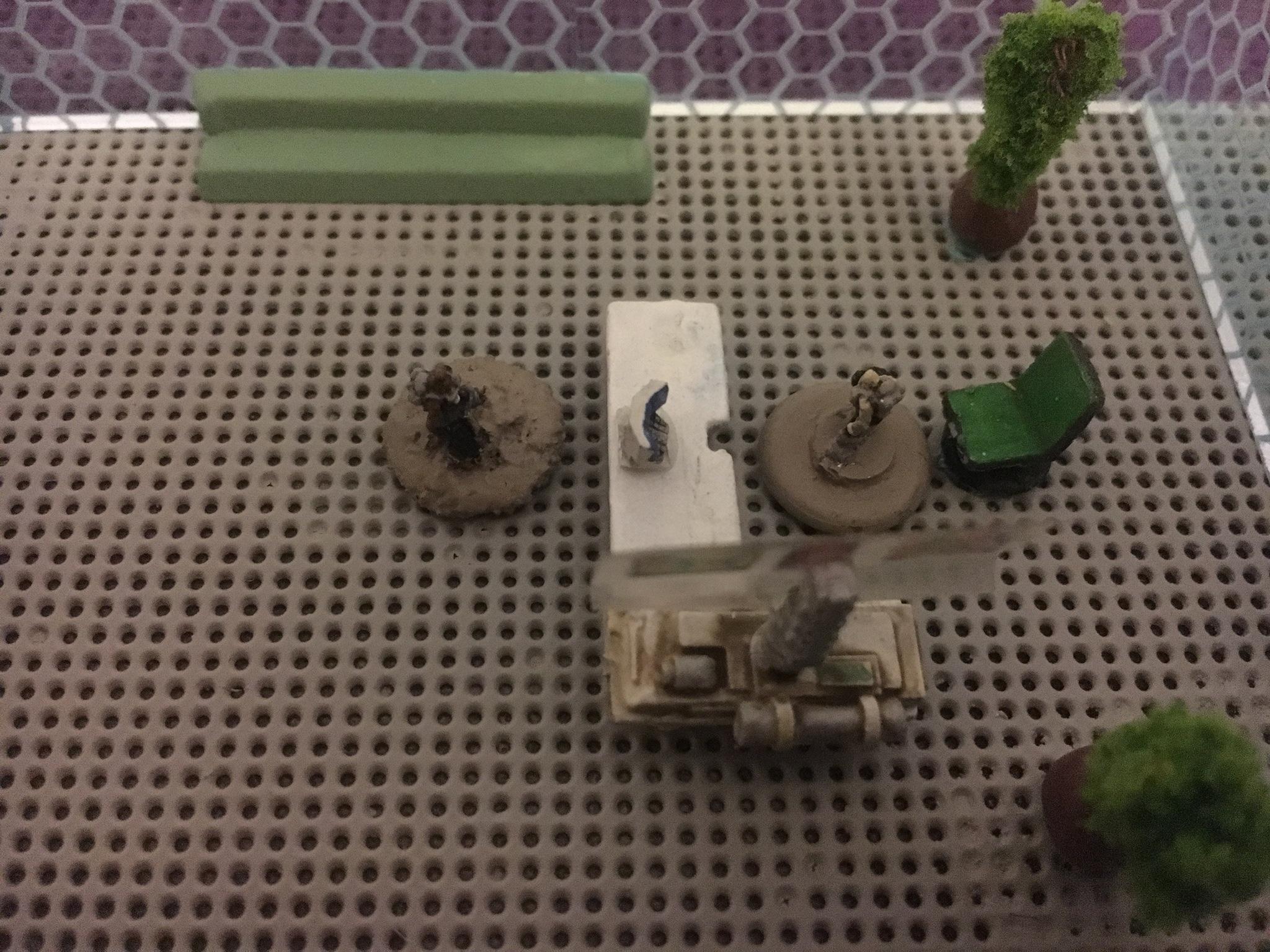 With that McCallum smartly brought himself to attention. Saluted and marched out off General Sinclaire’s office. Sinclair sat back in his chair and sighed. He closed the last top secret mission report concerning Proxima B. Dragged it across and dropped it into the encrypted file marked “The Genesis Findings”.