I haven’t managed to get a lot done in the last few weeks, but now I have some WiP to show at least: 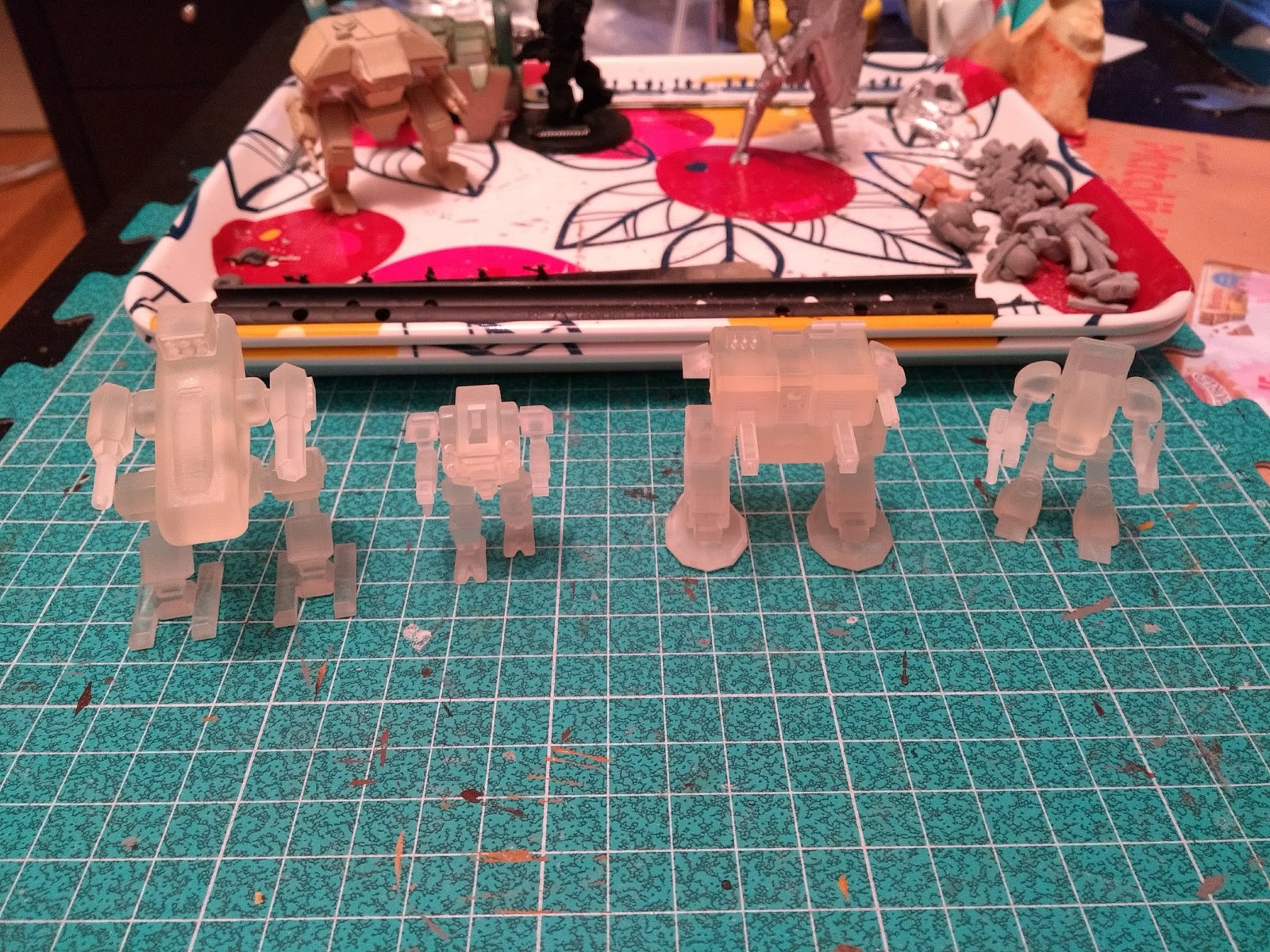 They are finally here, my first ever 3d-sculpted mechs. The image isn’t great and the FUD doesn’t really help the definition, but I hope to have some paint on them before long. 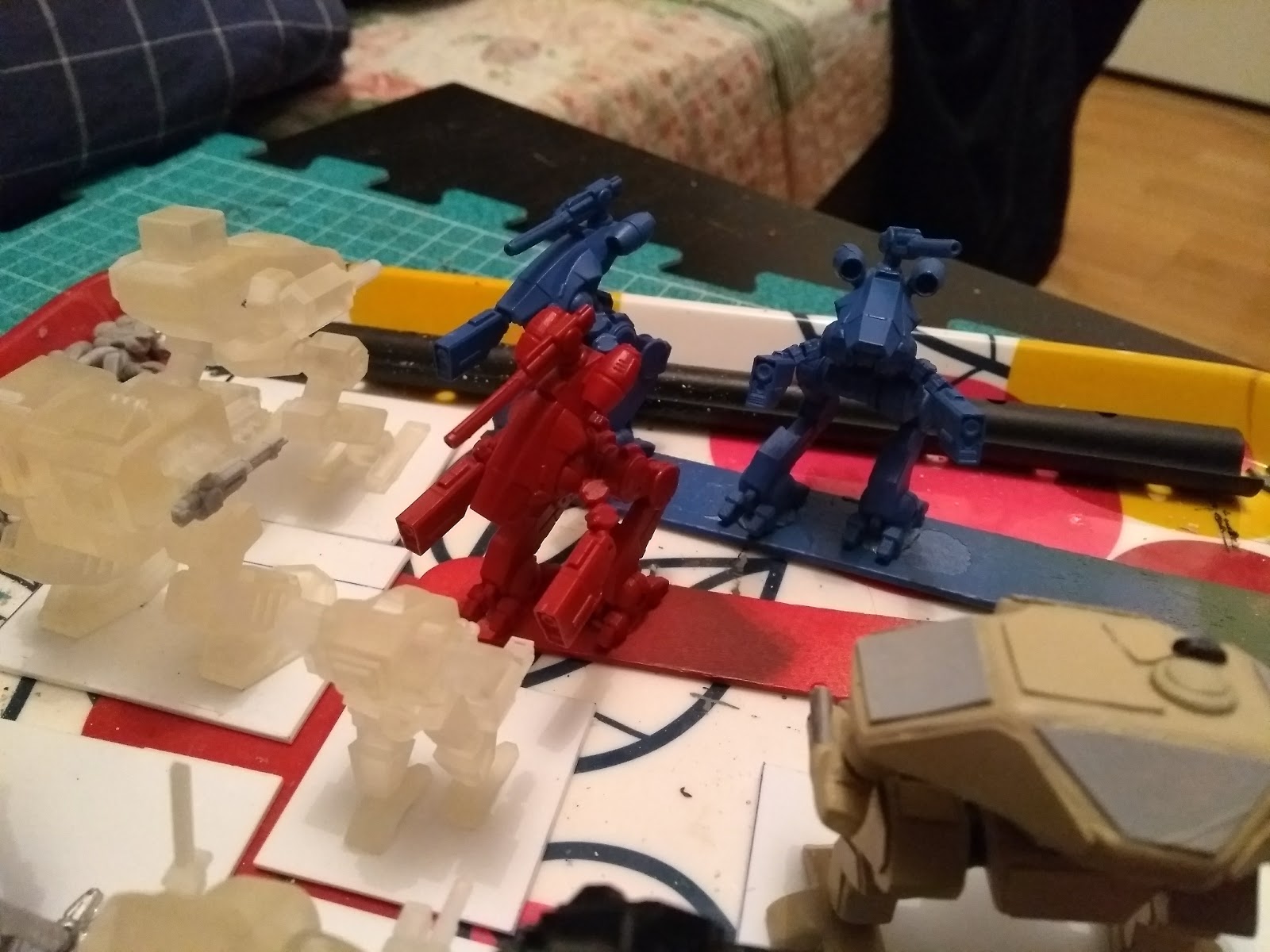 I also received my Bullshark minis from Steel Warrior studios. These mechs are a beautiful redesign of the original BT Marauder, itself based on the Macross Glaug. Two of them are going to join the earlier offerings as Lyran guard, with the last one either becoming a Kurita or Merc mech, as soon as I can decide on which I prefer..

So that’s that for now, hopefully it won’t take more than a few days to finish up some of these!