No more update on the rules as of yet, but I have more Battlemechs: 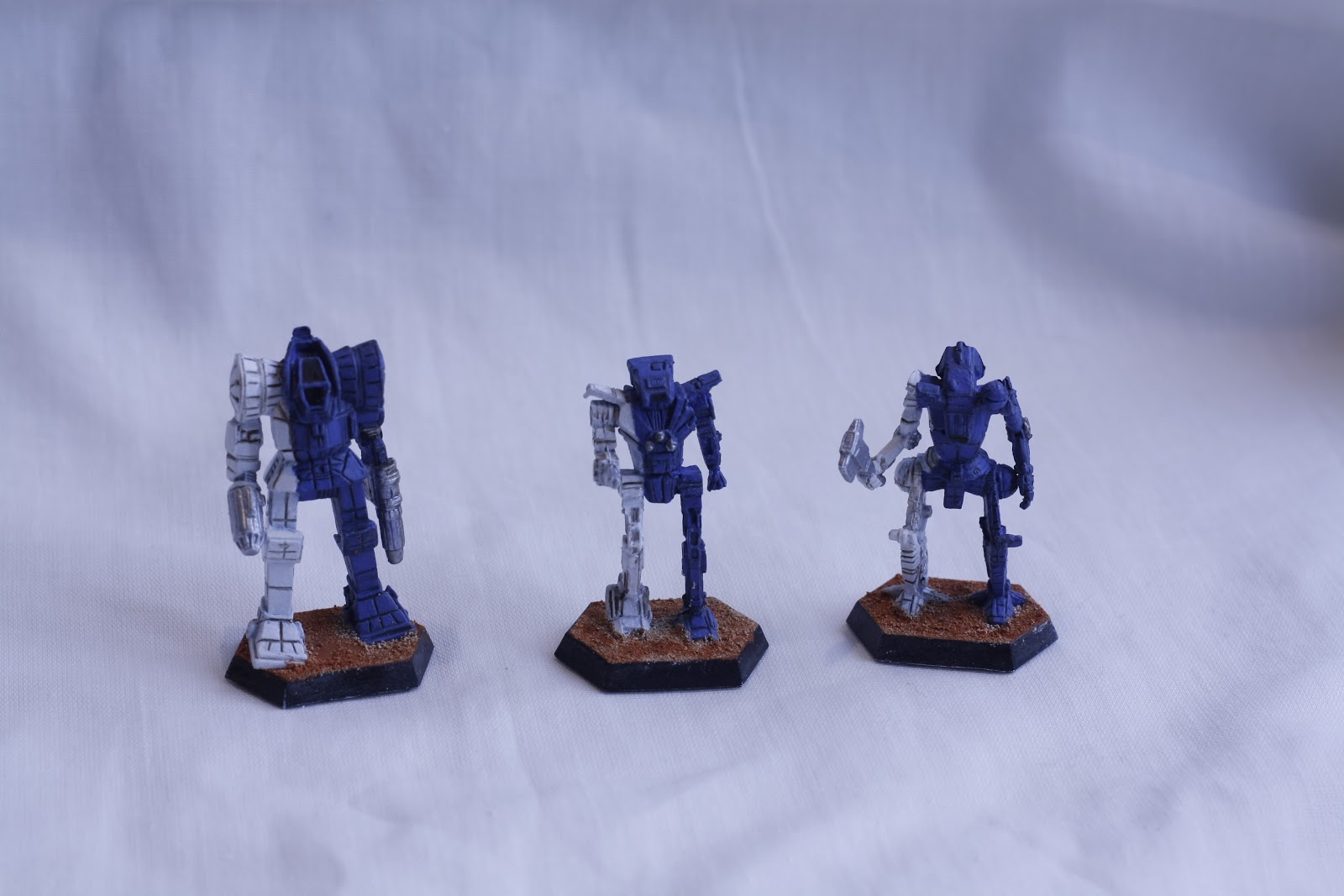 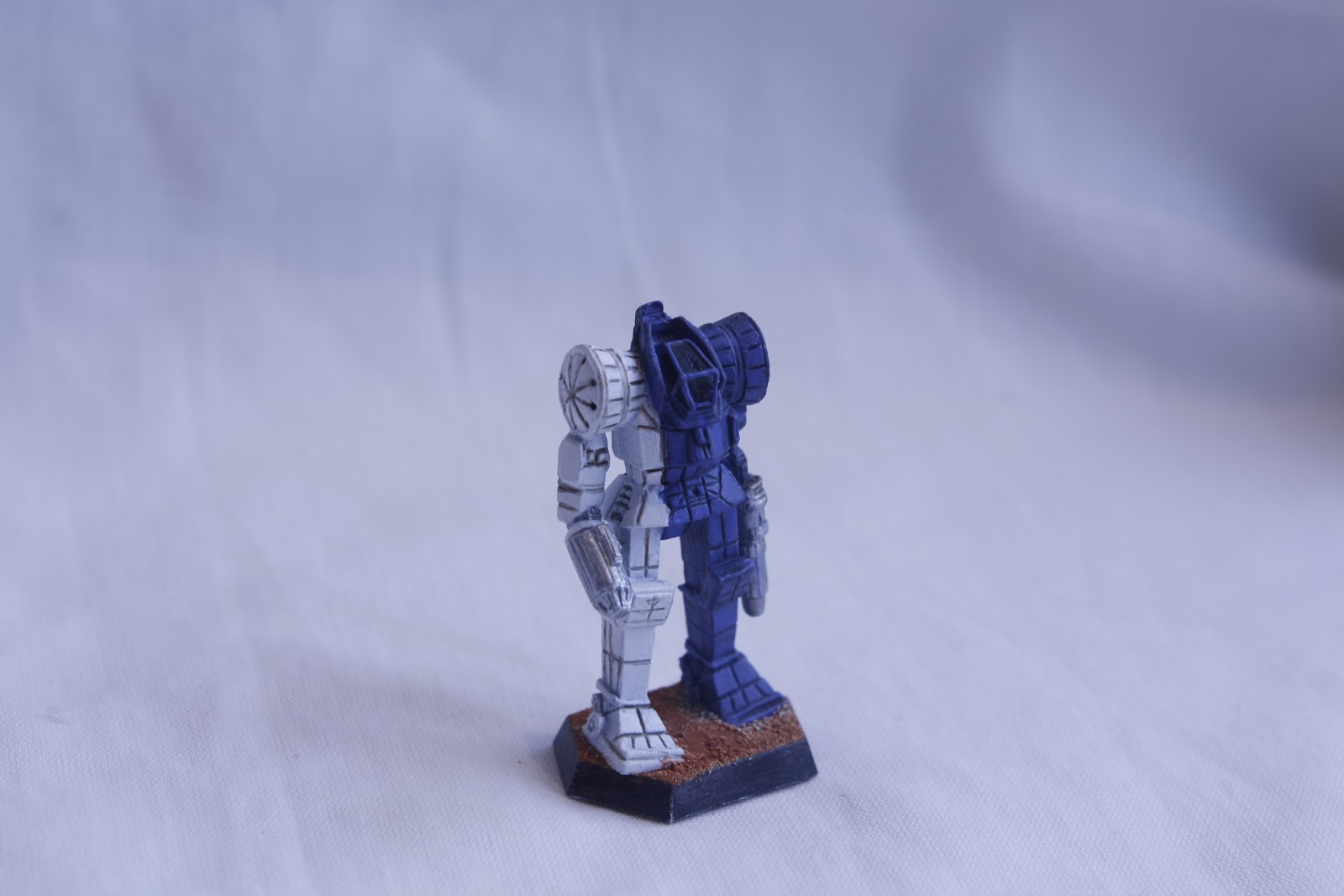 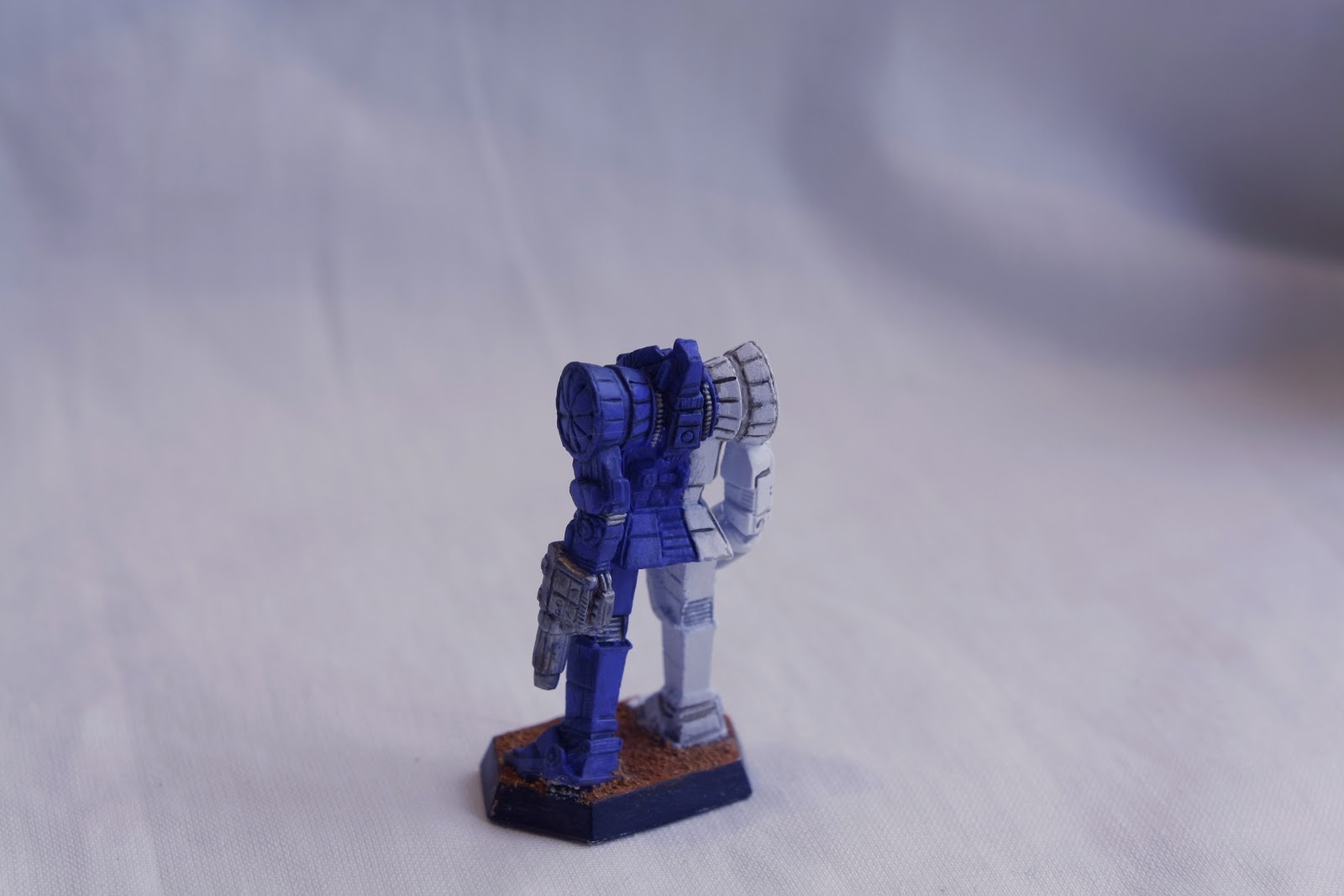 A Zeus assault mech. Amongst the heaviest of mechs, the Zeus is a 80 ton beast common in the Lyran mech units. 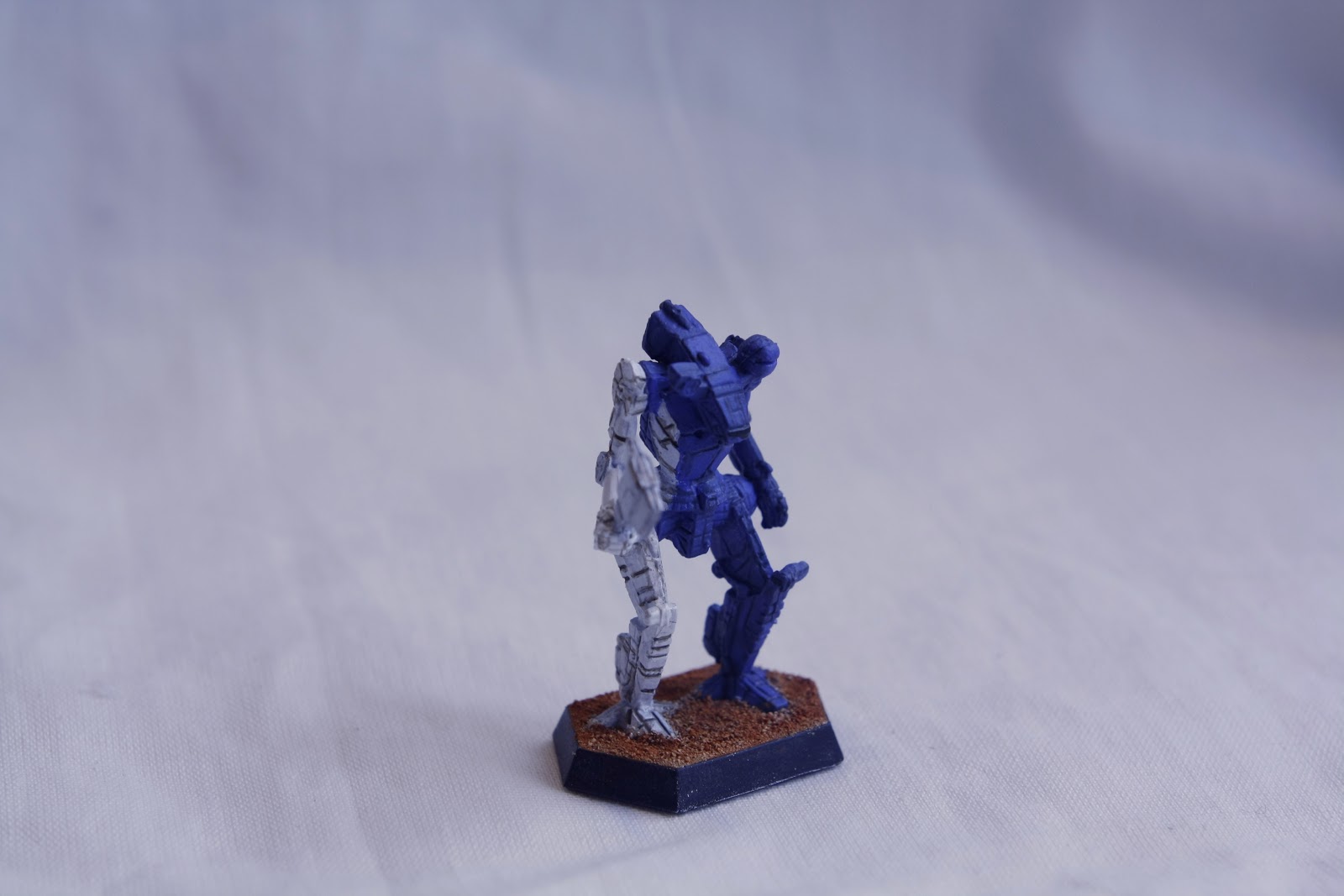 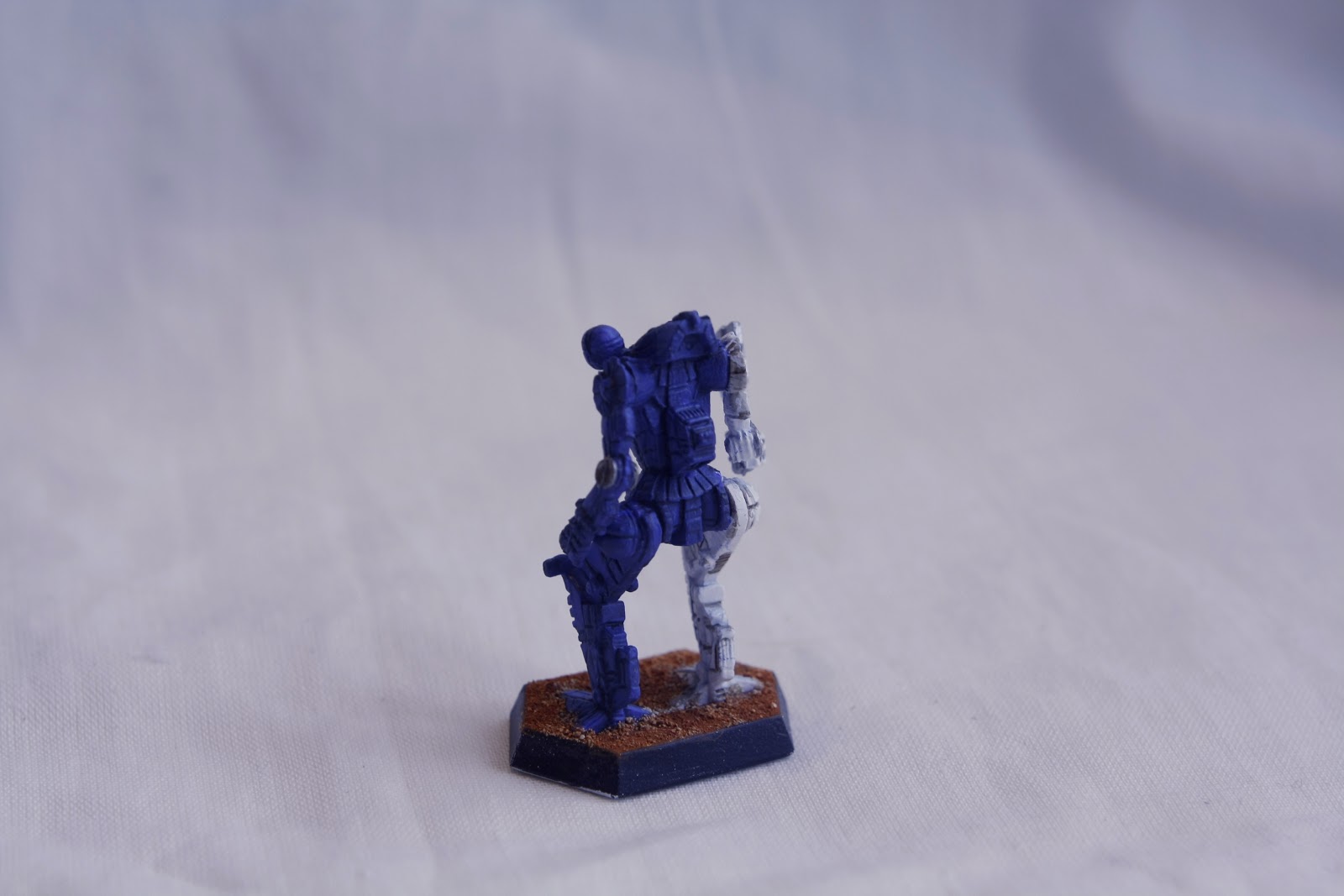 The Hatchetman. A medium mech weighing in at 45 tonnes, it’s the first mech with a full head ejection system and one of the few with a melee weapon as a standard loadout. 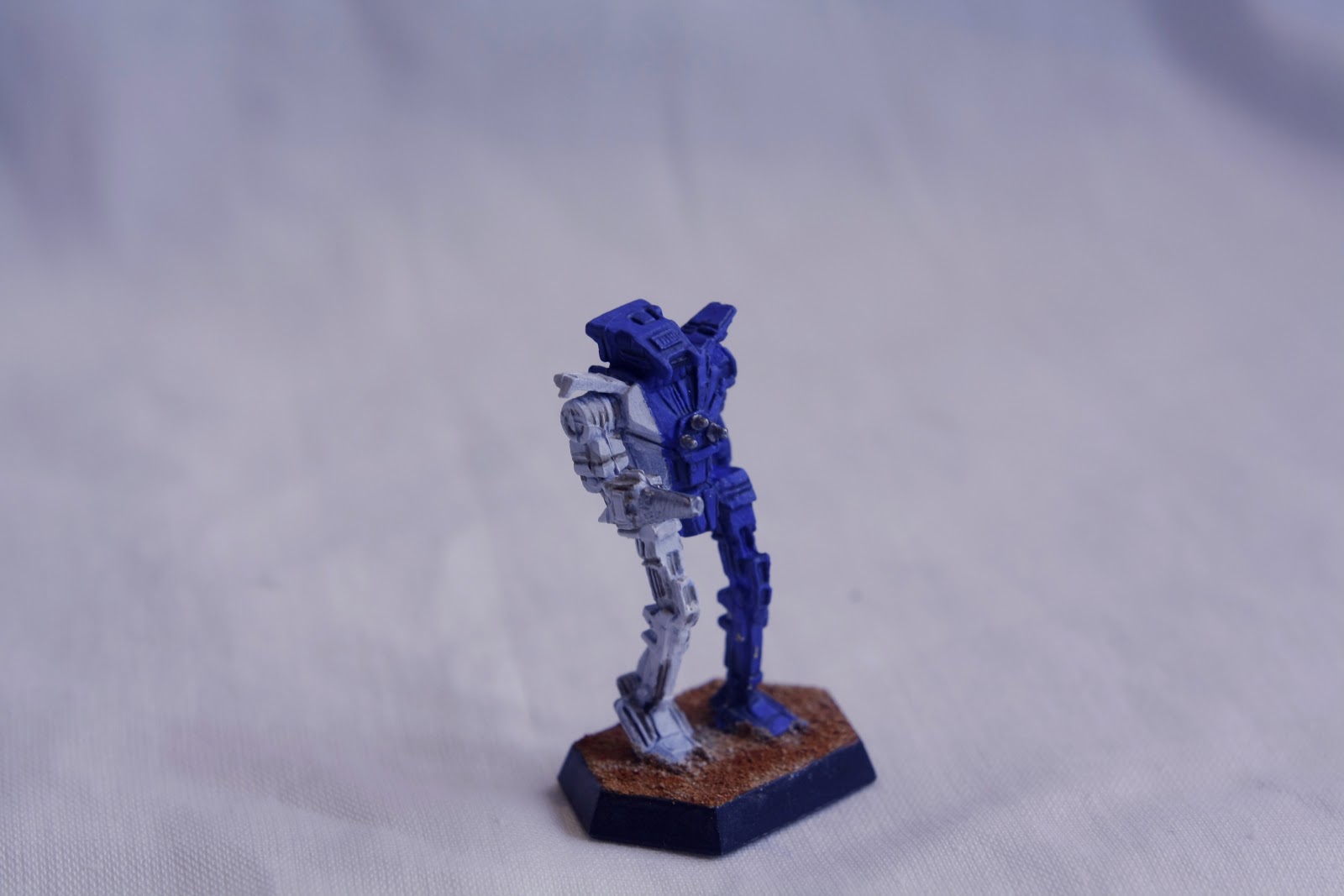 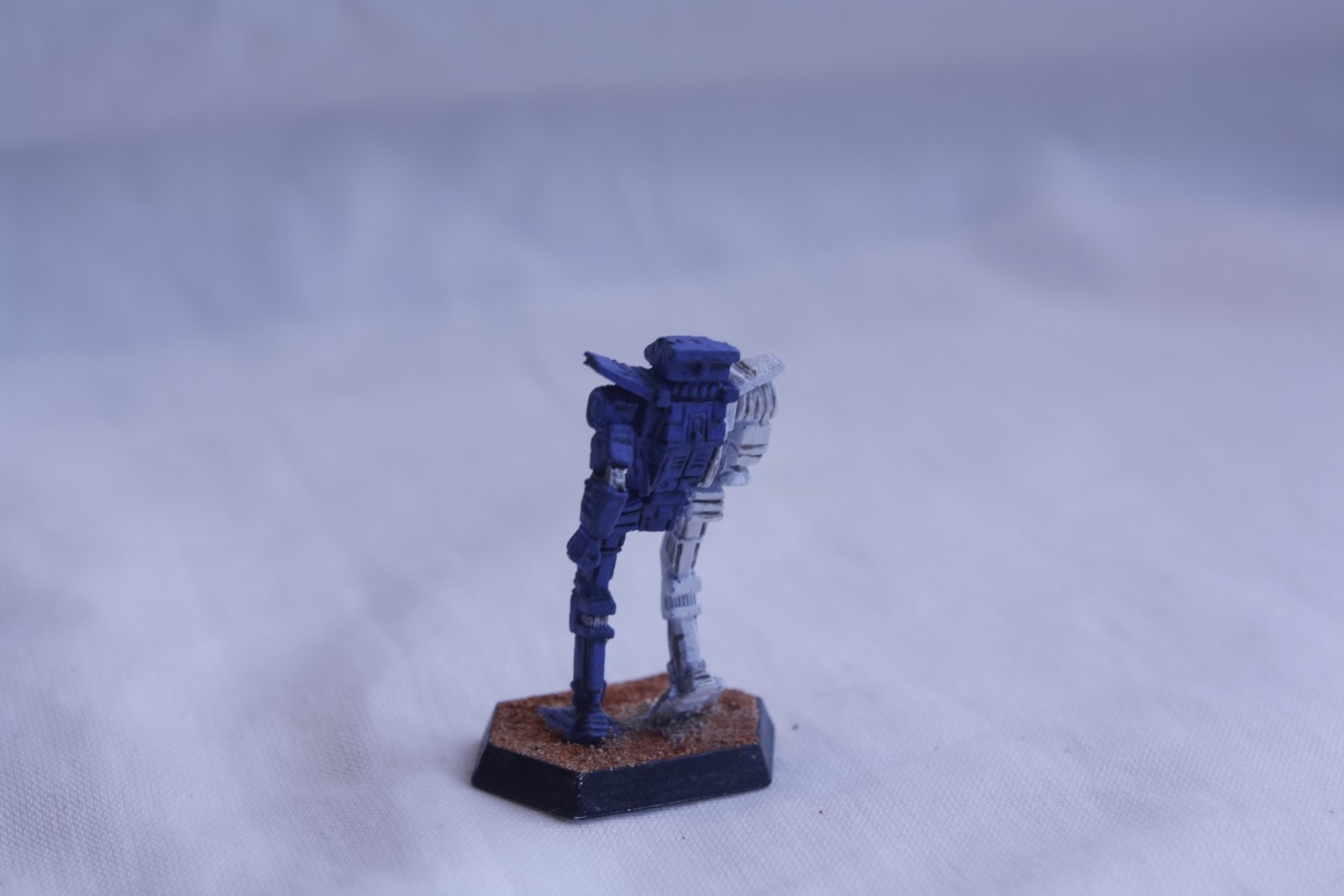 Last of the trio is a Wolfhound light mech. At 35 tonnes it’s lighter than all the other Guard mechs I’ve painted up so far, but it’s heavily armed for it’s size with 1 large laser and 4 medium ones.

The remaining mech belong to my yet unnamed mercenaries, bulking them up to 6 mechs, putting them half-way to a full company 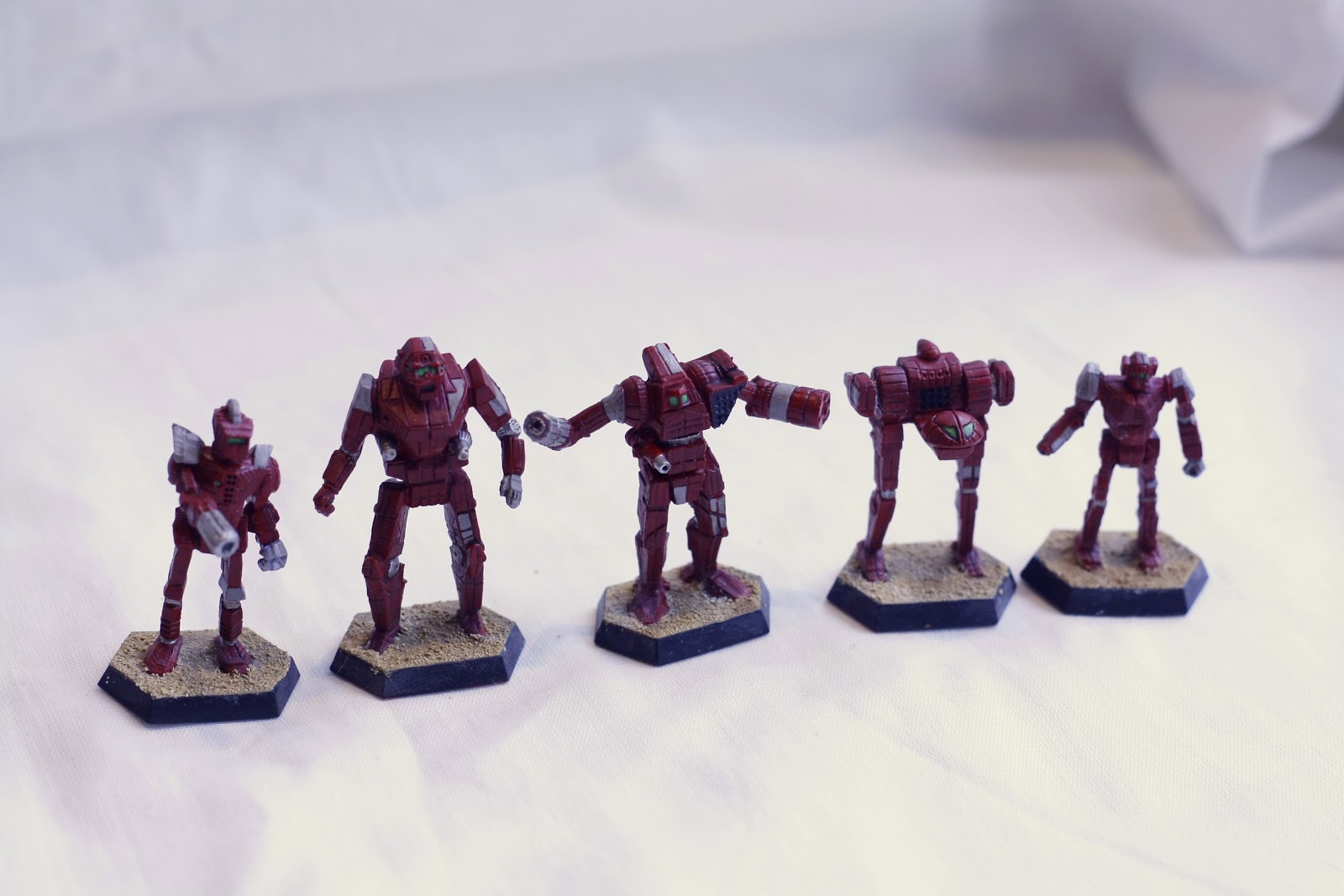 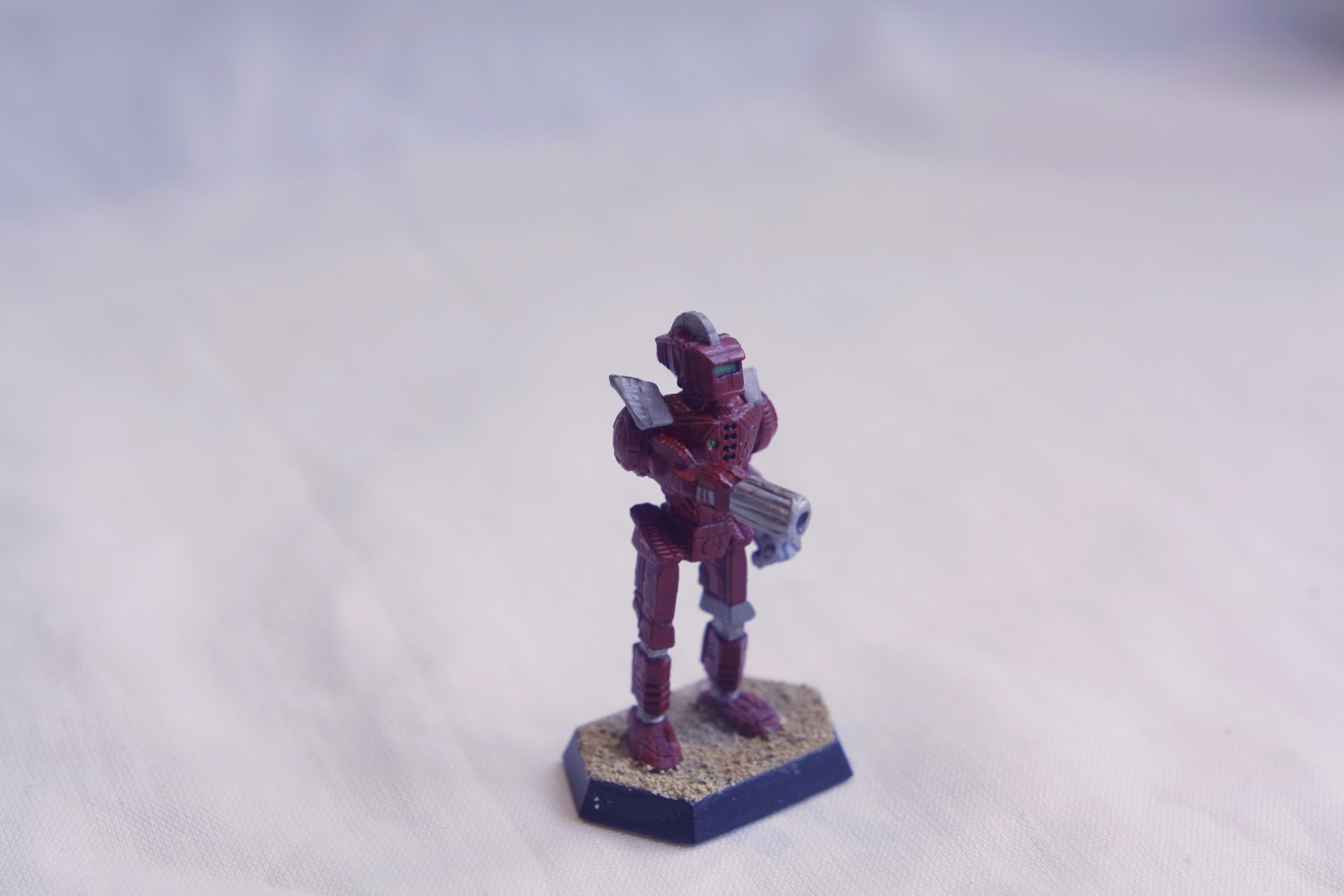 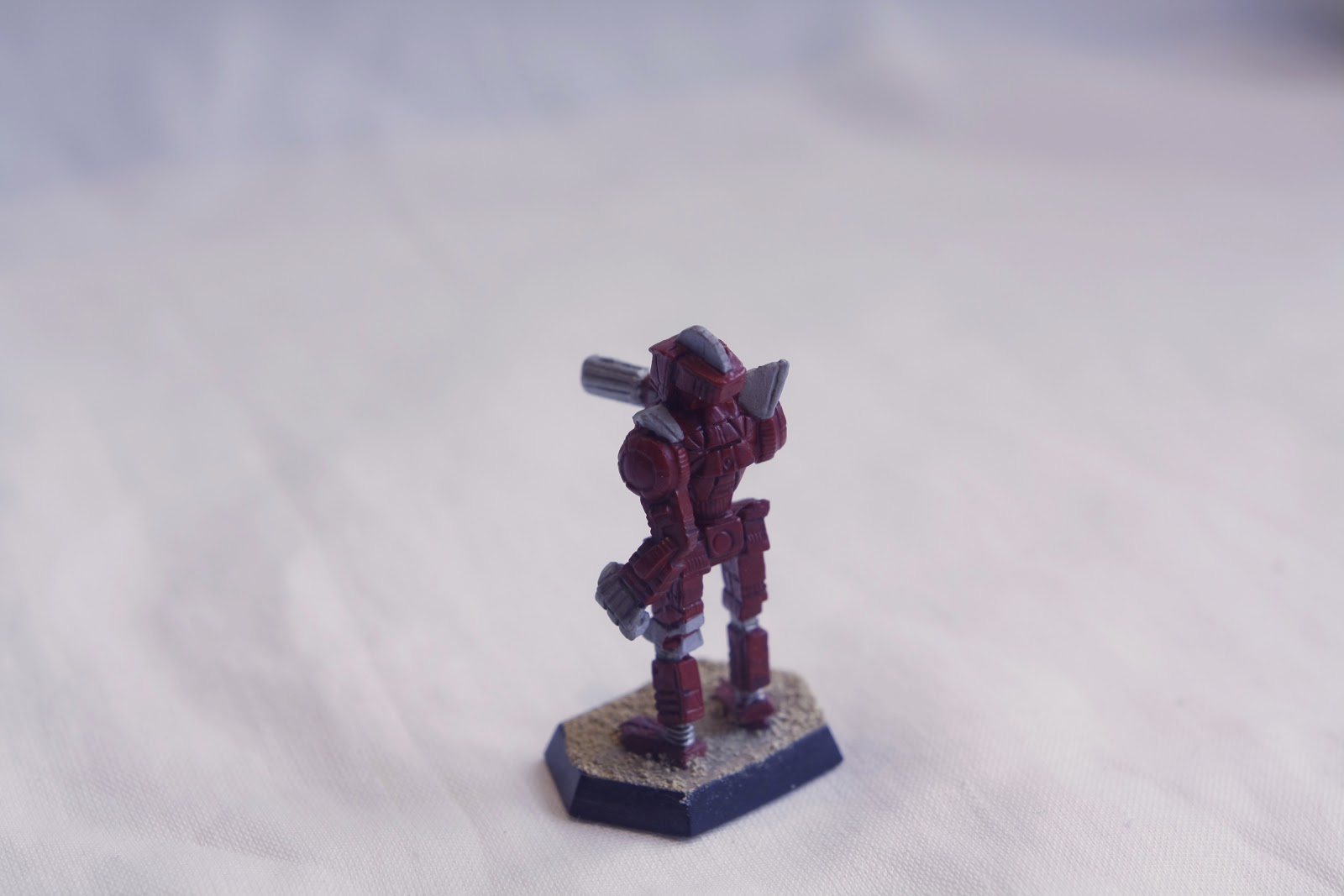 The first mech is a Centurion. This 50 tonne medium mech is a capable fighter with a varied arsenal, most feared of which is the Luxor D-Series Autocannon/10. 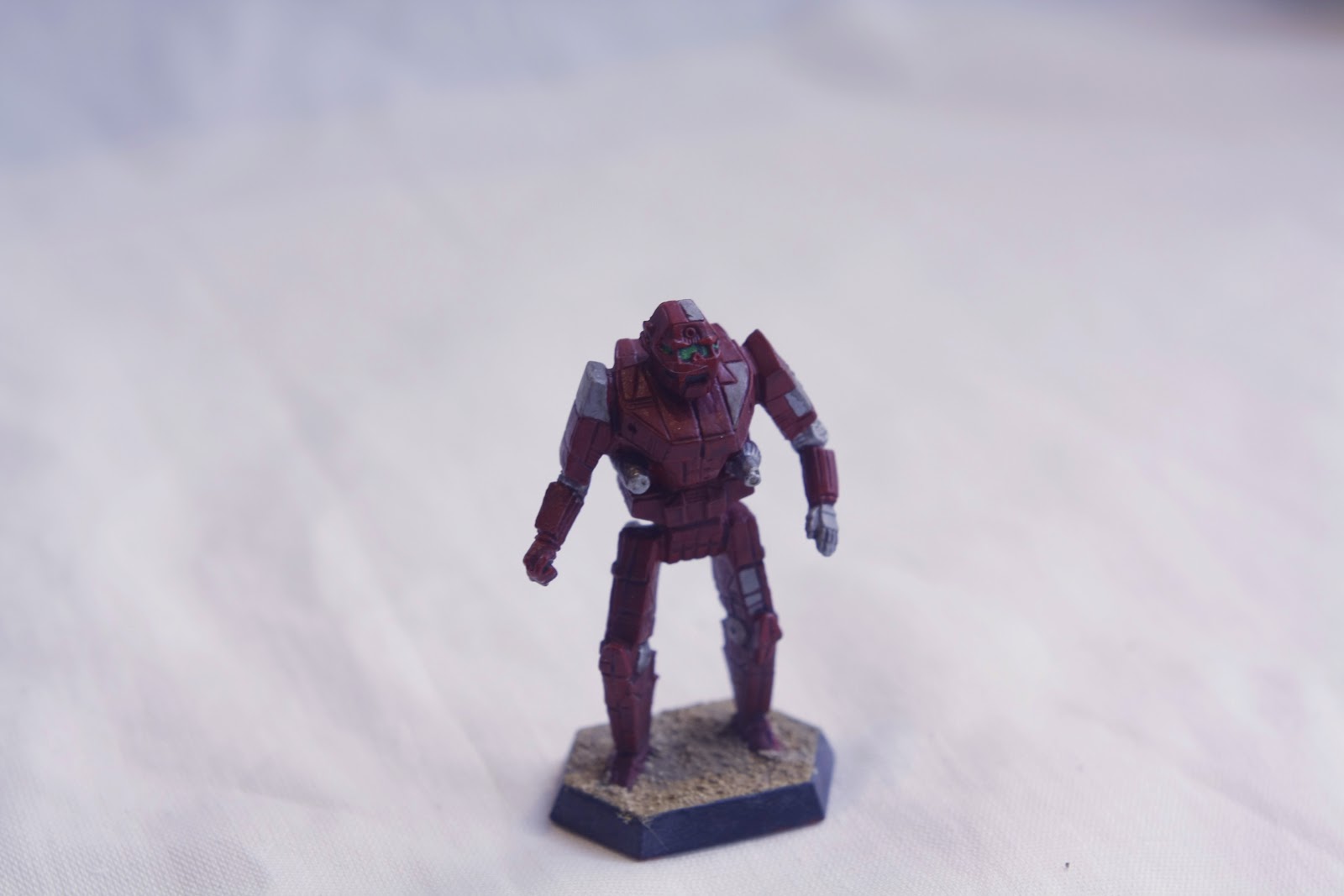 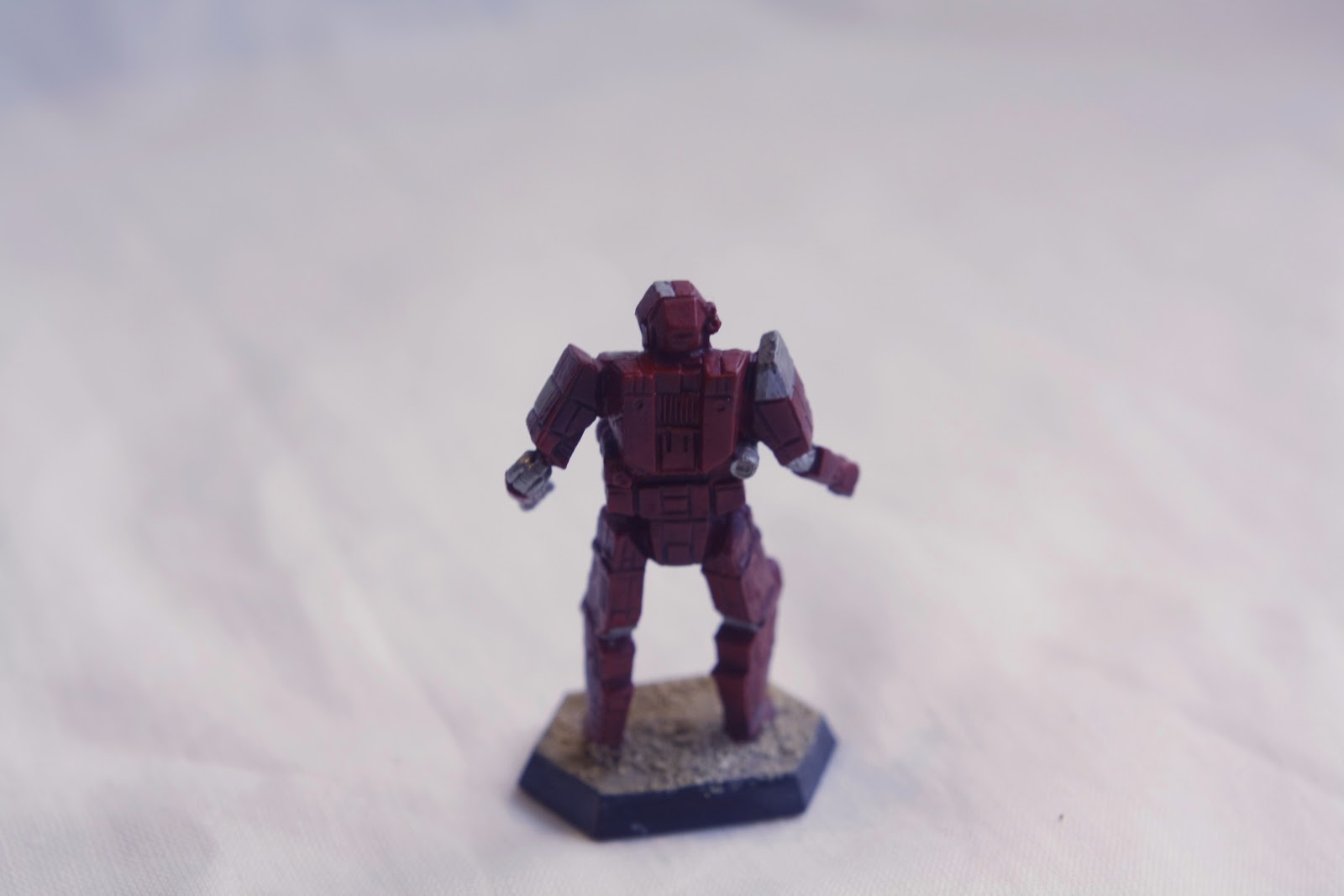 The Banshee is a 95 tonne assault mech. Armed with a PPC, an Autocannon/5 and a small laser, its somewhat underarmed for it’s size but carries a whopping 15 tonnes of armor. 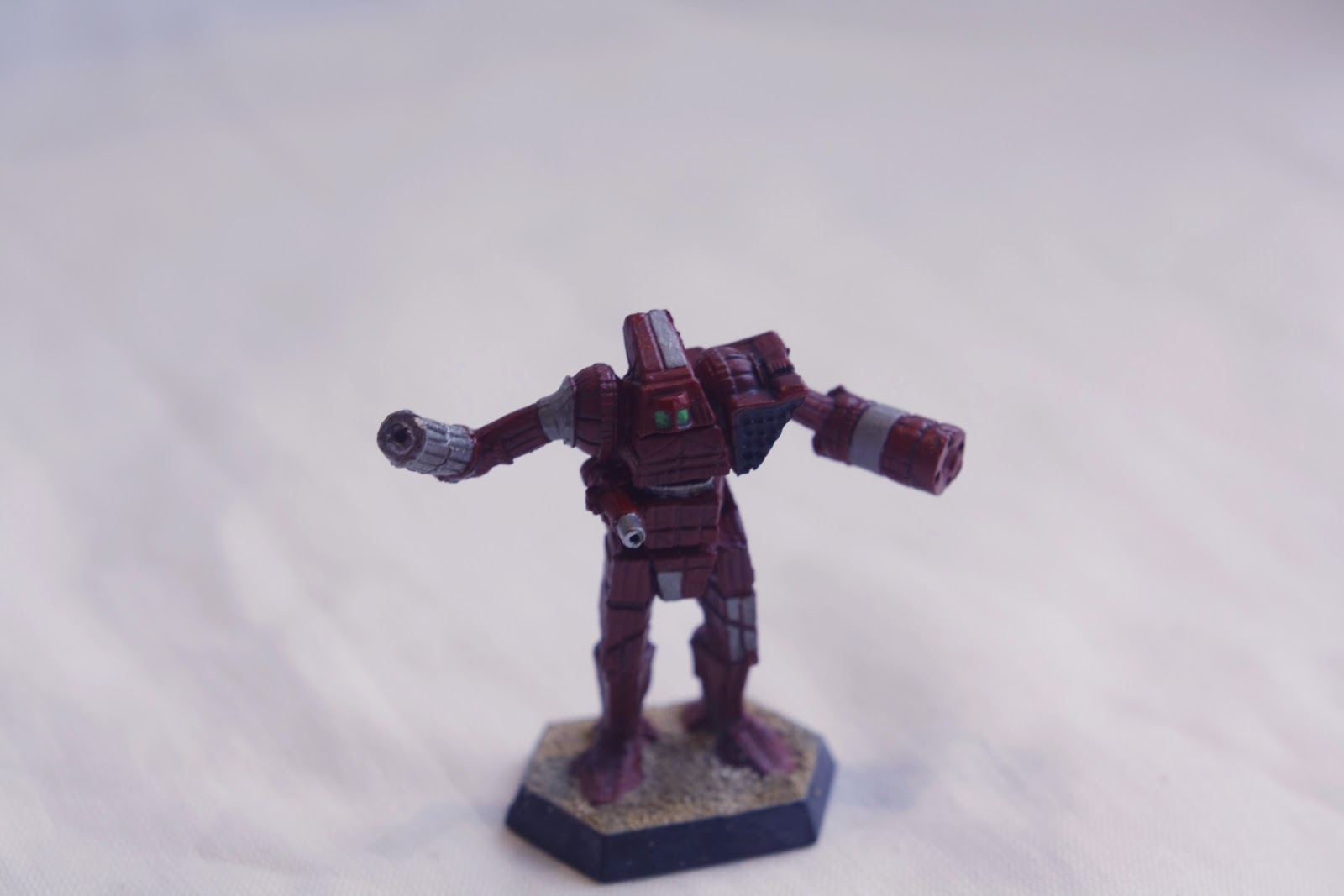 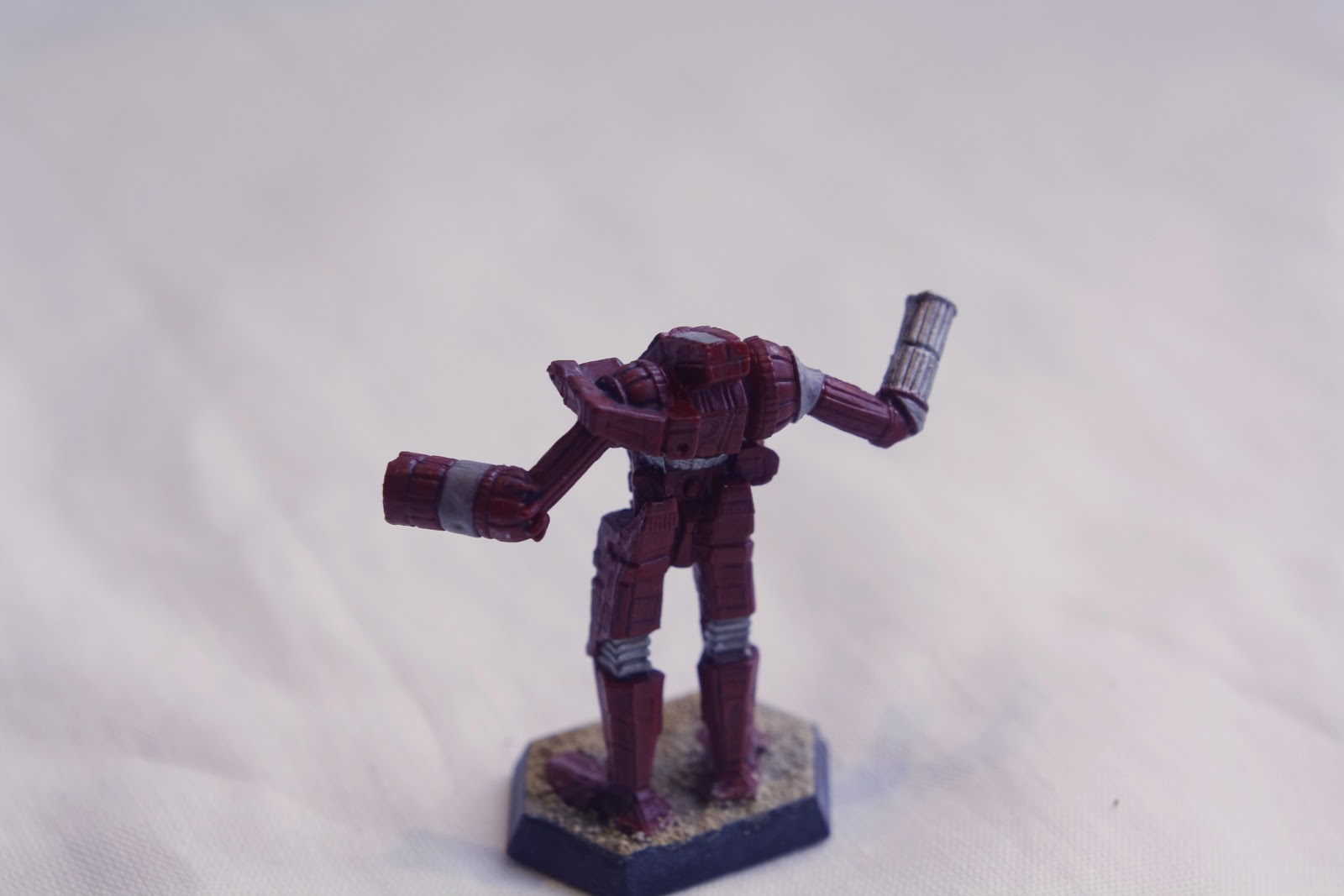 A 75 tonnes Battlemech, the Orion is a well-rounded heavy mech with weapons to engage at most ranges. 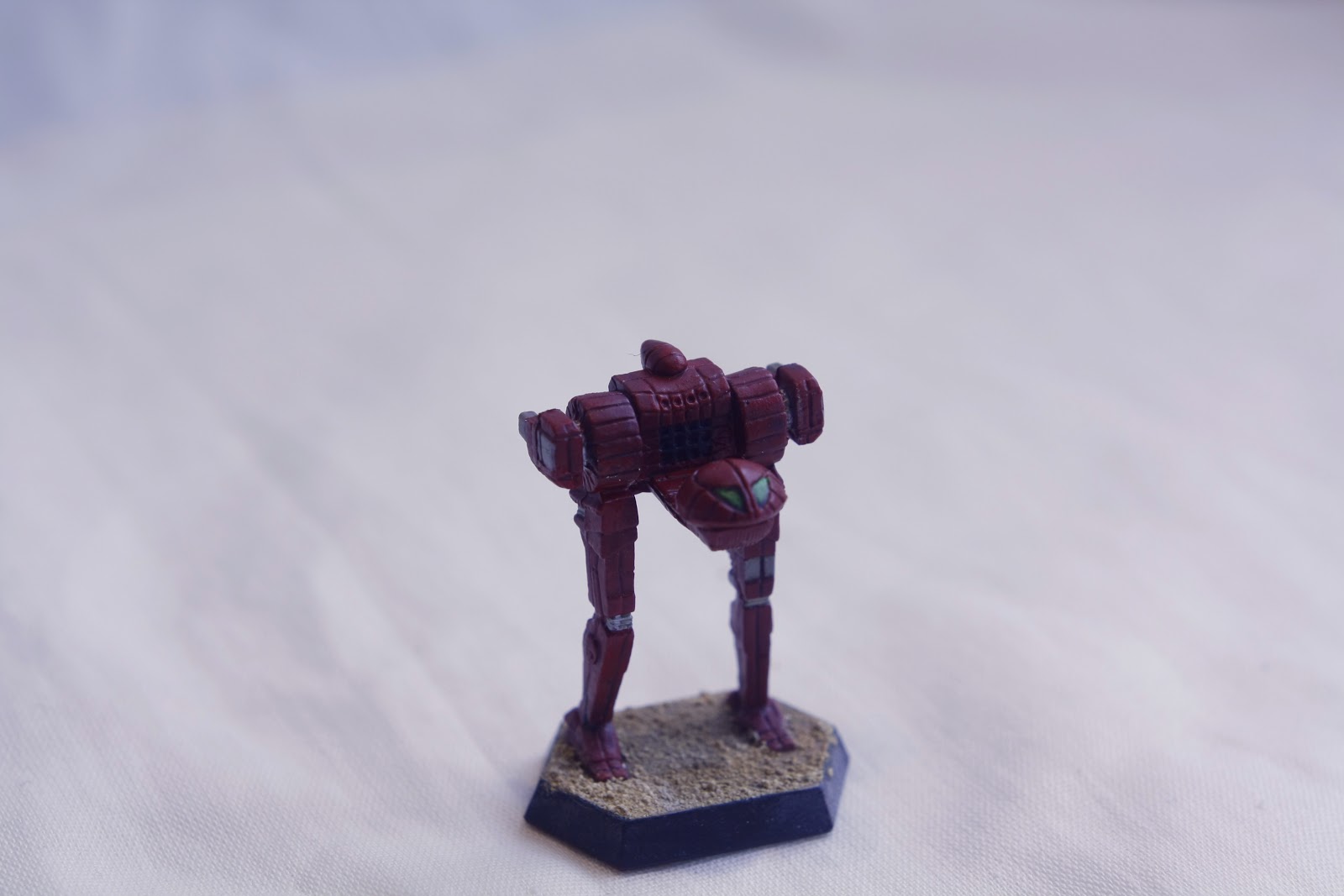 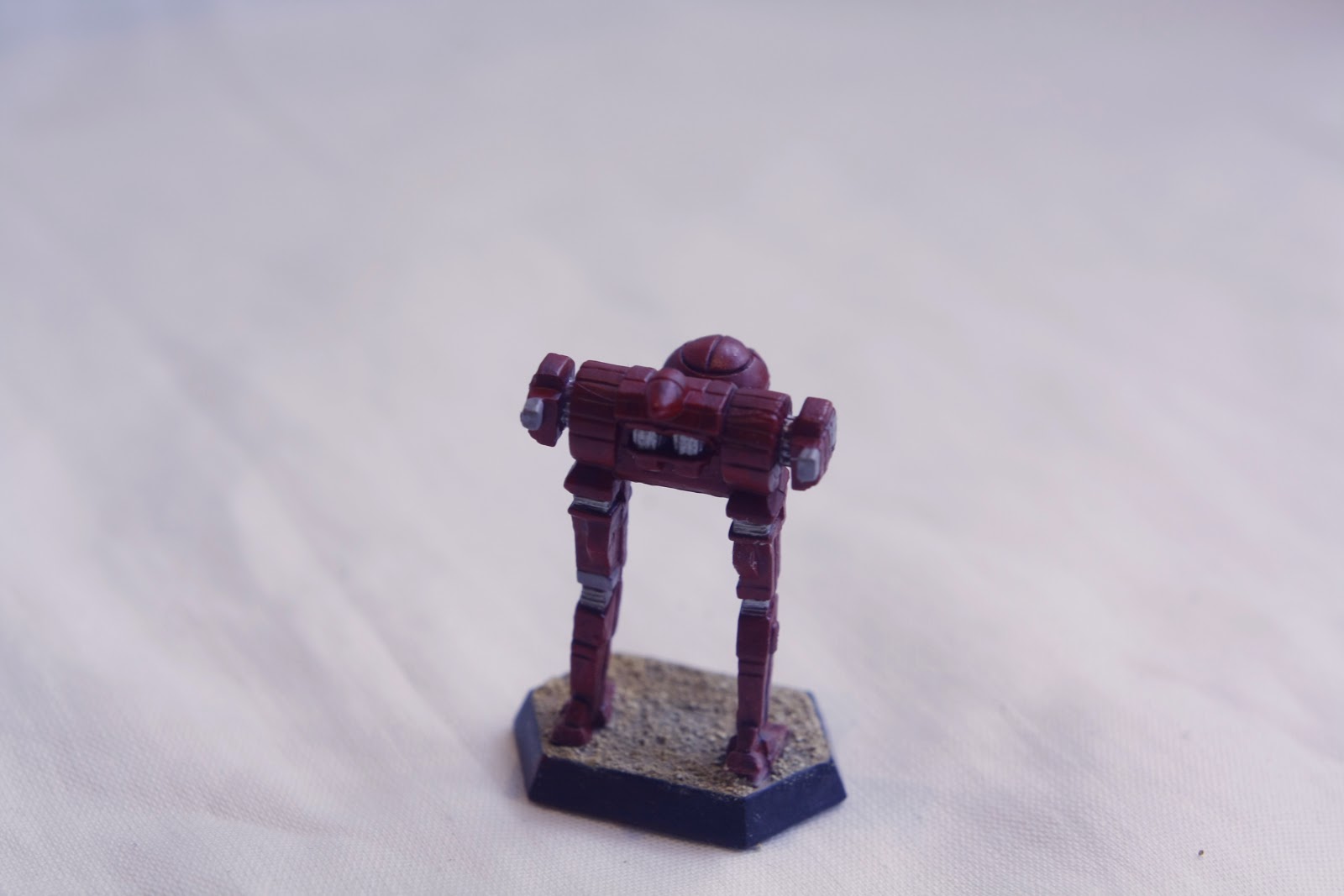 The lightest of the Mercenary mechs, a 35 tonne Jenner. Very fast and with a respectable amount of firepower as well as jumpjets, the Jenner is a exellent scout and raider. 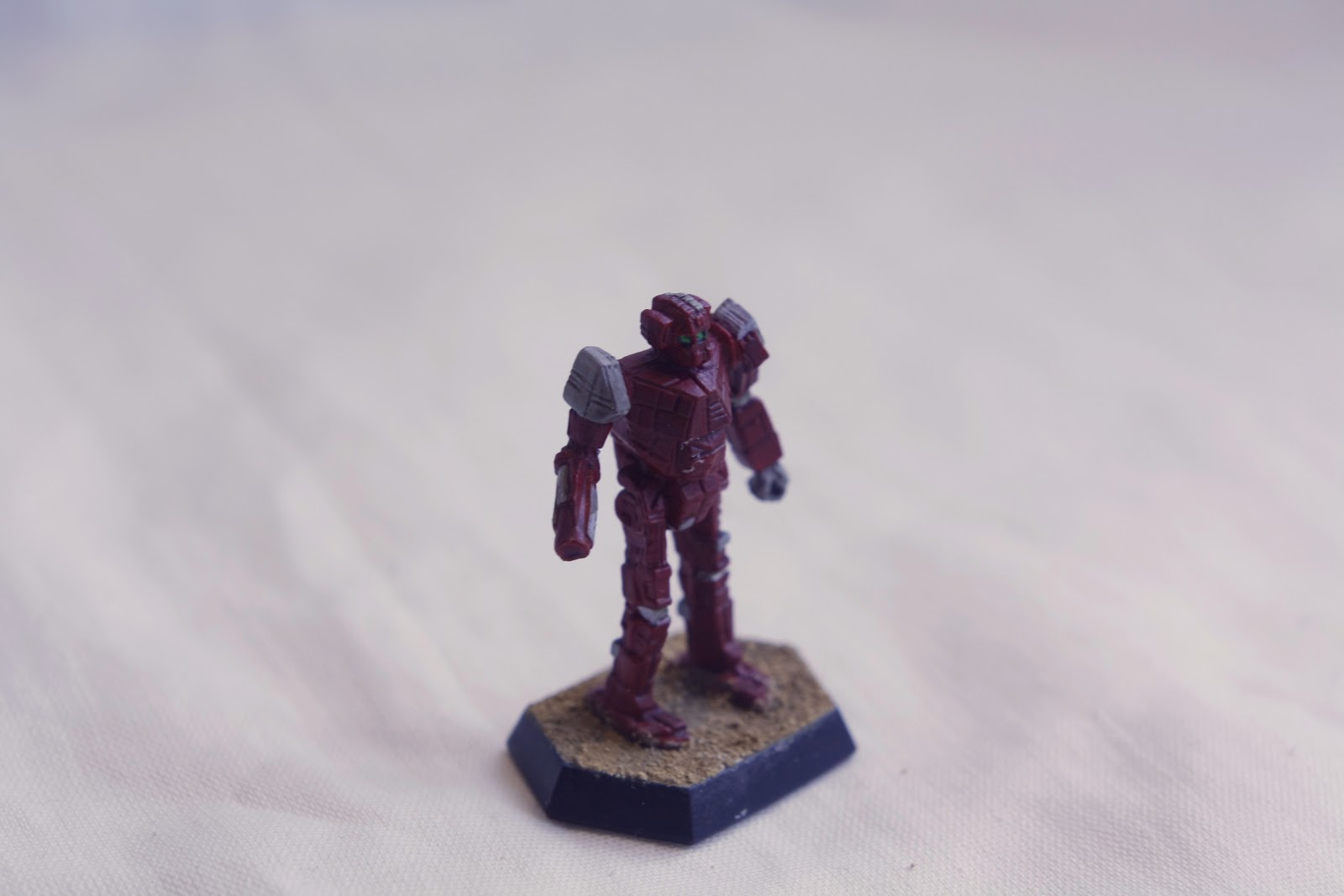 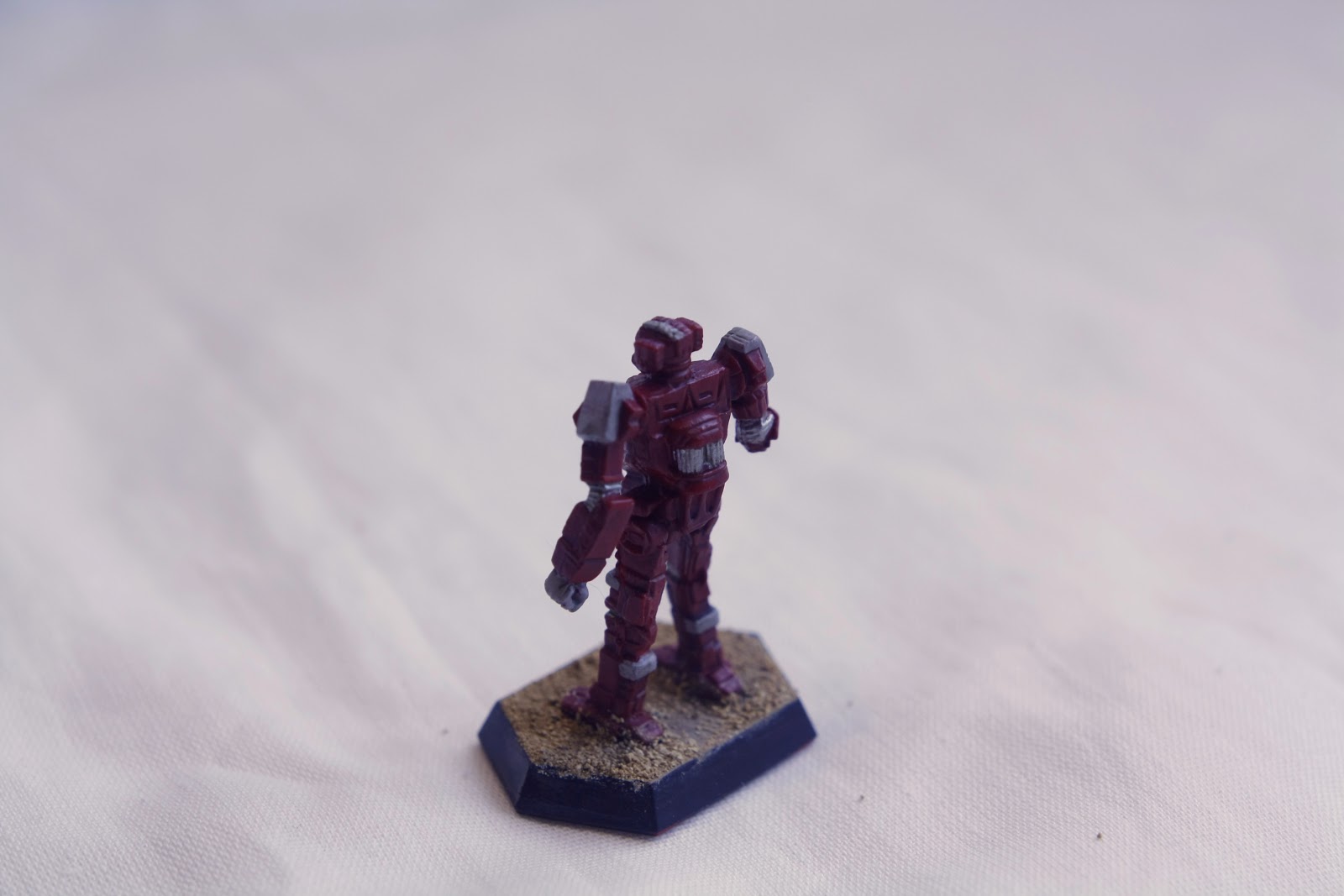 Finally we have another medium mech, the Clint. Weighing 40 tonnes and armed with both lasers and an autocannon/5, the Clint is however a bit of a technicans nightmare due to the use of lots of non-standard parts.

I did manage to take a few bonus pics of the Bullsharks after I gave them a wash I had evidently forgotten about. I owe thanks to the nice people over at the Battletech painting and customs group in FB for spotting that miss. 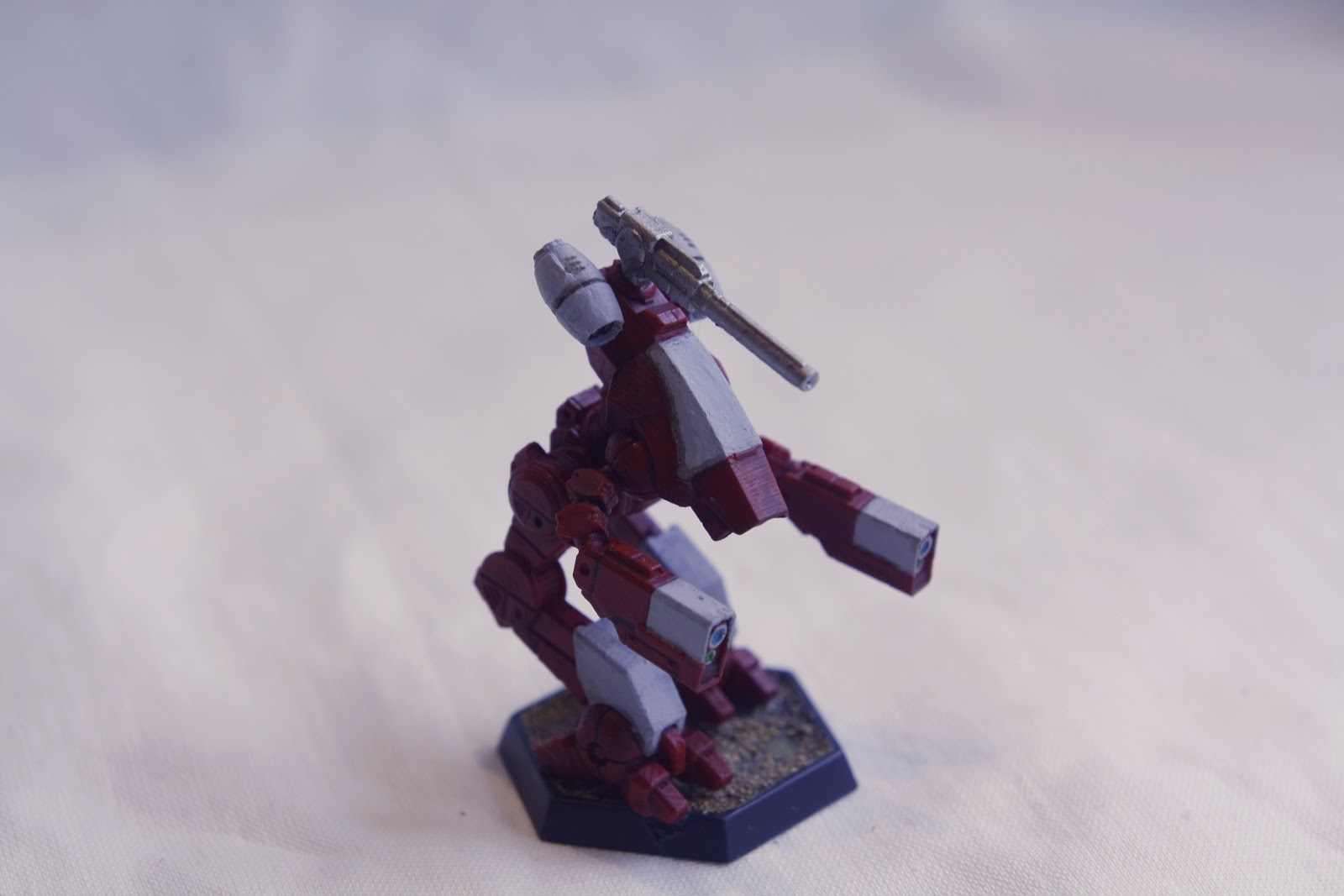 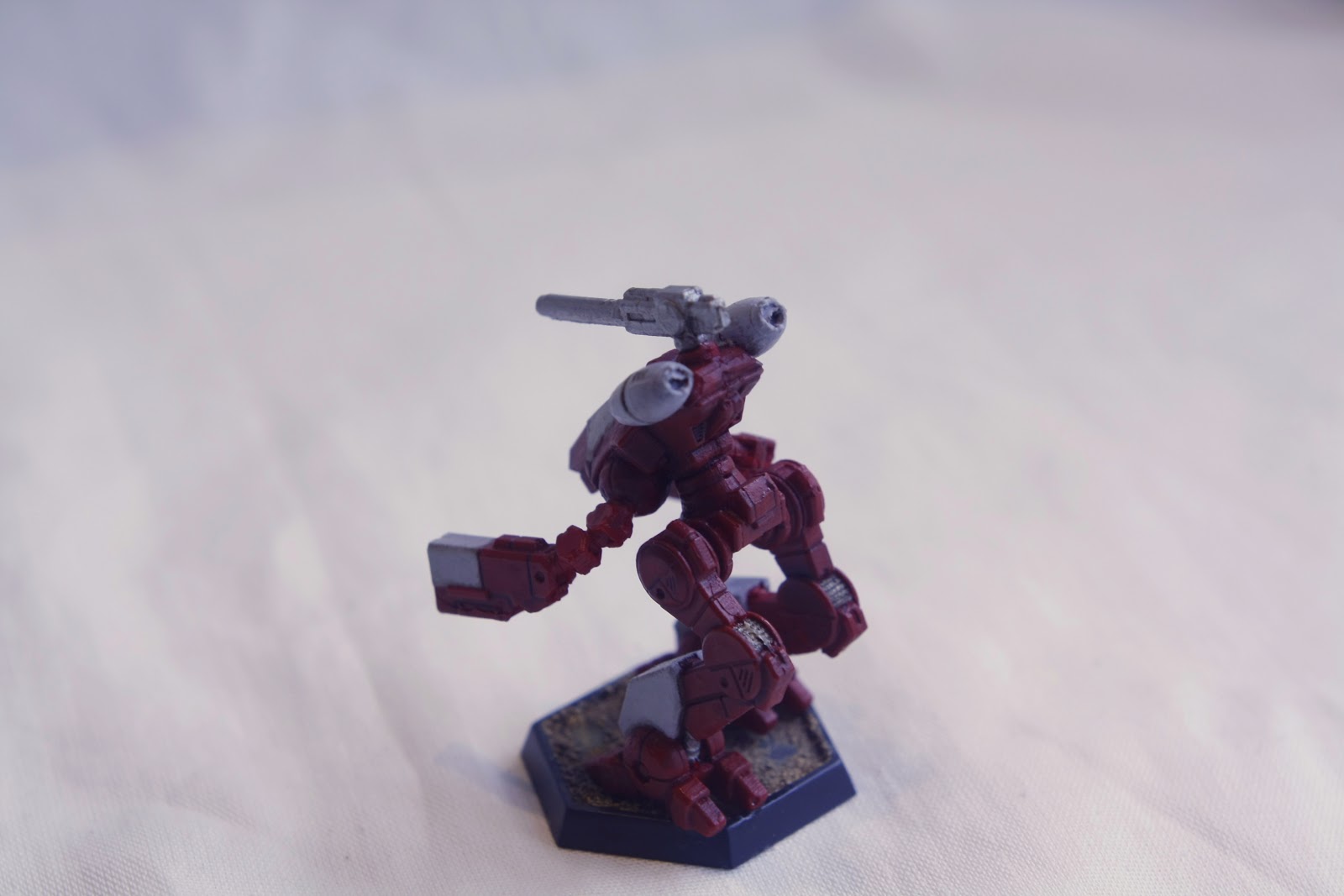 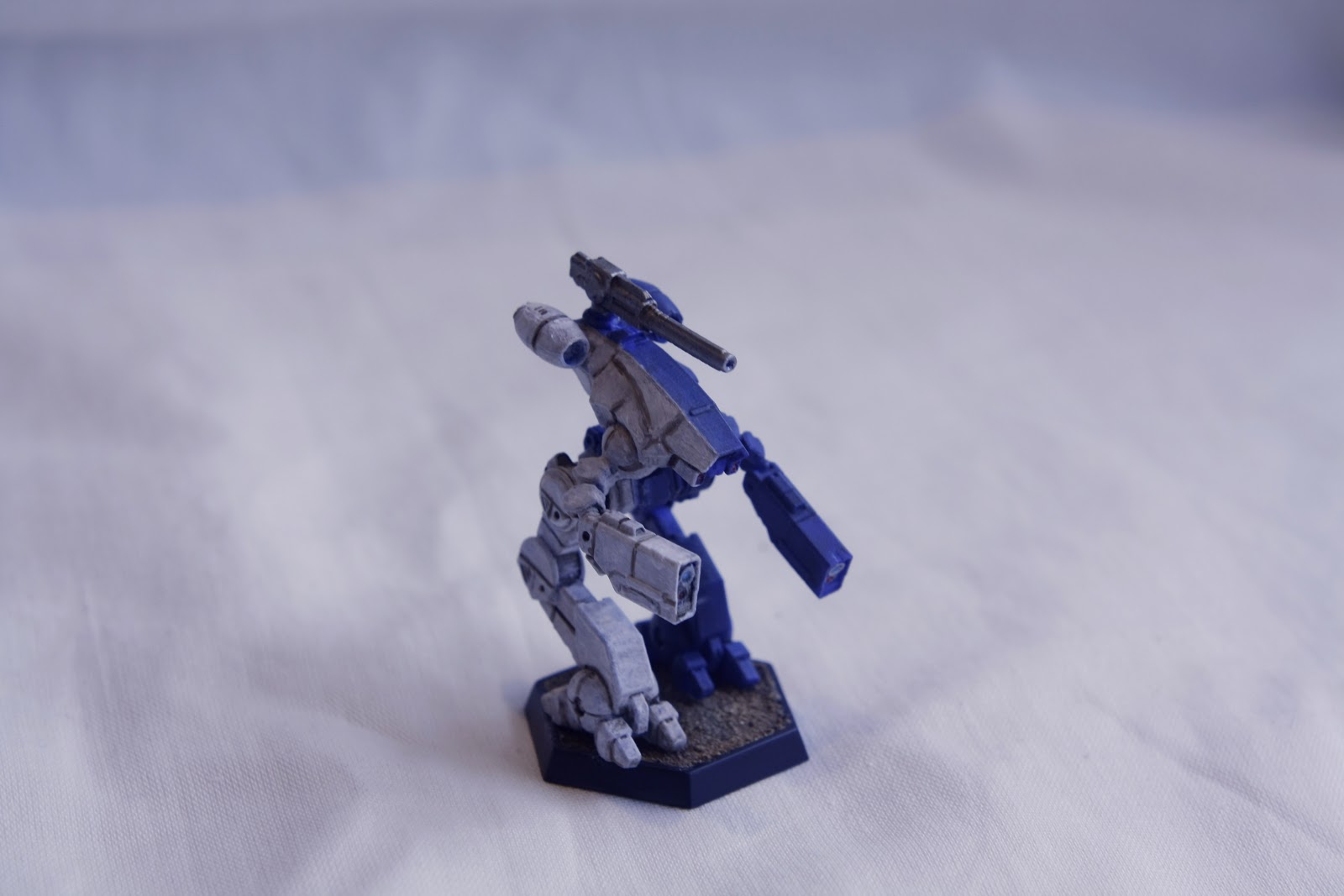 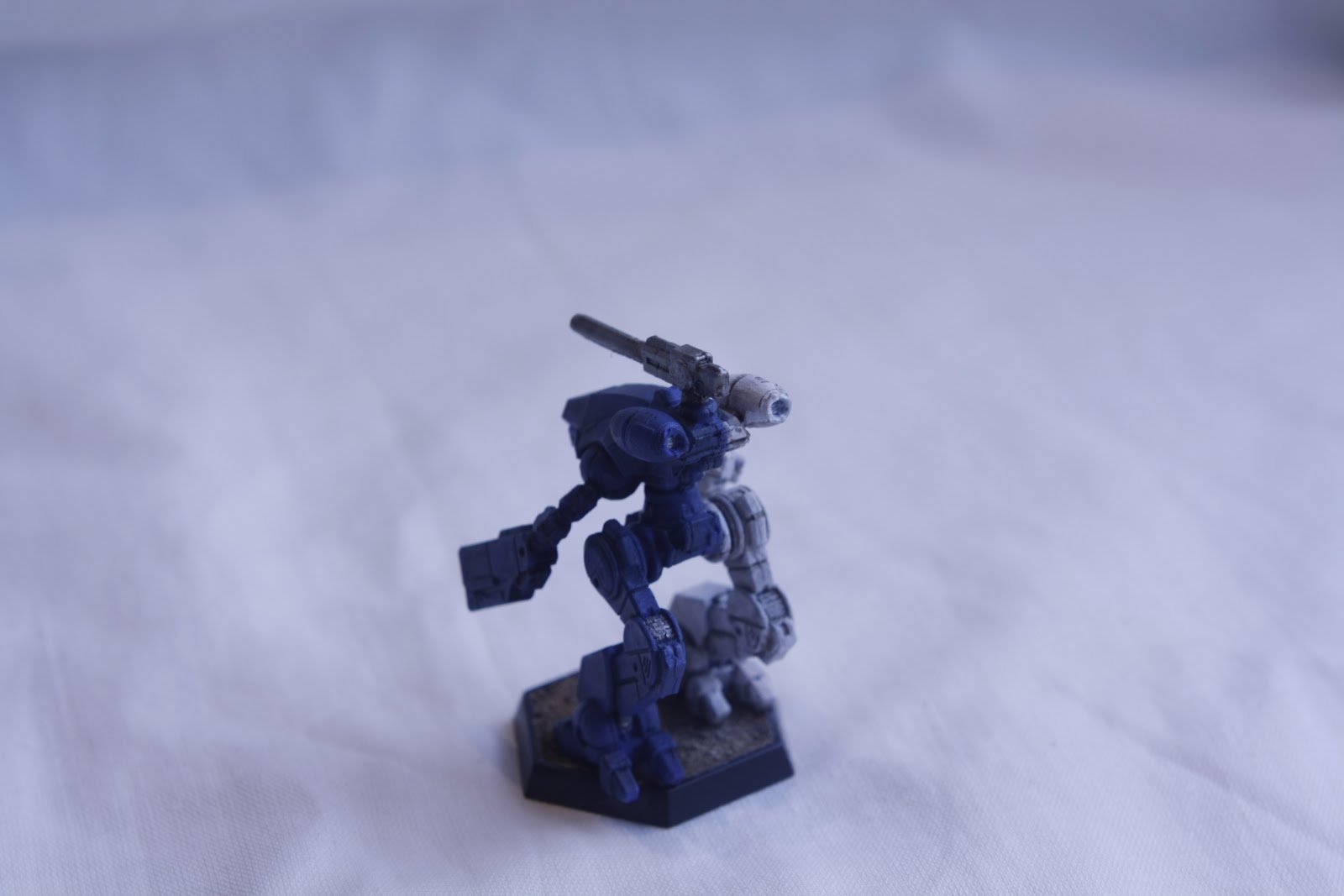 I’m off to the UK next week and will be attending Salute 2018. Hopefully I’ll return with more fun models and inspiration!

The blog, as usual: http://lasersandbroadswords.blogspot.se/2018/04/more-battlemechs-finished.html