Games For JOS16: Break The Line

One of the great things about the games at the JOS is that they are not all just scaled up/down versions of the 28mm offerings you see time after time at other shows.   Sometimes you get games that play so much to the strengths of 6mm figures that they could simply not be done as effectively or indeed at all in the larger scales.   Tim Rogers and David Elk's 'Break the Line' is one such game.   I'll let Tim tell you what it is all about:

After the usual rush of blood to the head and offering to put a game on for Waterloo weekend at the Leeds Armouries last year, we then had to think of a game.  First figures, the only ones we had were my Napoleonic 6mm so choice made.  Next game, as per normal we'd put on a participation game, which needed to be quick to play and easy for the general public to pick up. So they would be a version of our home-brewed TAD rules lots of dice, lots of luck and as many laughs as possible. So concept? What could we do with 6mm figures that we couldn't do with other scales. Our fall back of a skirmish game doesn't suit the little fellas, and the big mega units/ huge games are hardly going to be quick.

So after a bit of head scratching we decided to go micro, we' do as near to 1:1 as we could. Now my figures are based on 60x30 bases for Polemos rules so we were going to have to work with that, and when we played with the ground scale the figures are a bit broad (15 - 18 figures on a 60mm frontage compared to the 12 that fit). But that said, we could get close enough for a decent game. What then could we do as game? To most Brits the iconic action of Napoleonic warfare is the French column attacking a British line, so job done a battalion a side attack/ defence game. Were the Brits better troops? Or was it a case a line having superior firepower? You'll have to see if our interpretation feels right.

The most important variable in this game would be the presence of a slope, attacking uphill always gave the Brits an advantage. We decided not to give a factor advantage to the Brits but to keep things simple and apply Naismith's rule for hill walking, that is, if your going up a 1:12 slope you take twice as long to do it allowing the line more shots at the hapless column. So the game is as near 1:1 figure scale as we can, a ground scale of approximately 1mm to 1 foot (so the area round our men is about right) going up a 1 in 12 slope. It has also grown to 2 battalions a side to allow more players. 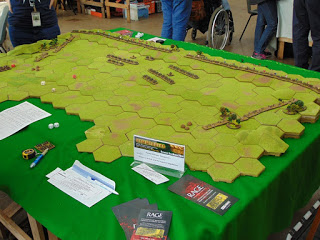 The gaps between companies, especially for the column, have also been taken from what we read was set down in the manuals (interesting playing the game shows these are very logical). 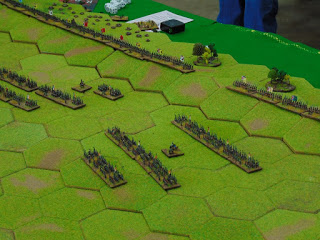 So if you have 20 or 30 minutes spare to come and see what's happening when 1 base of figures hits another base in your usual game we'll see you at the show (please bring a mate to beat and a sense of humour). 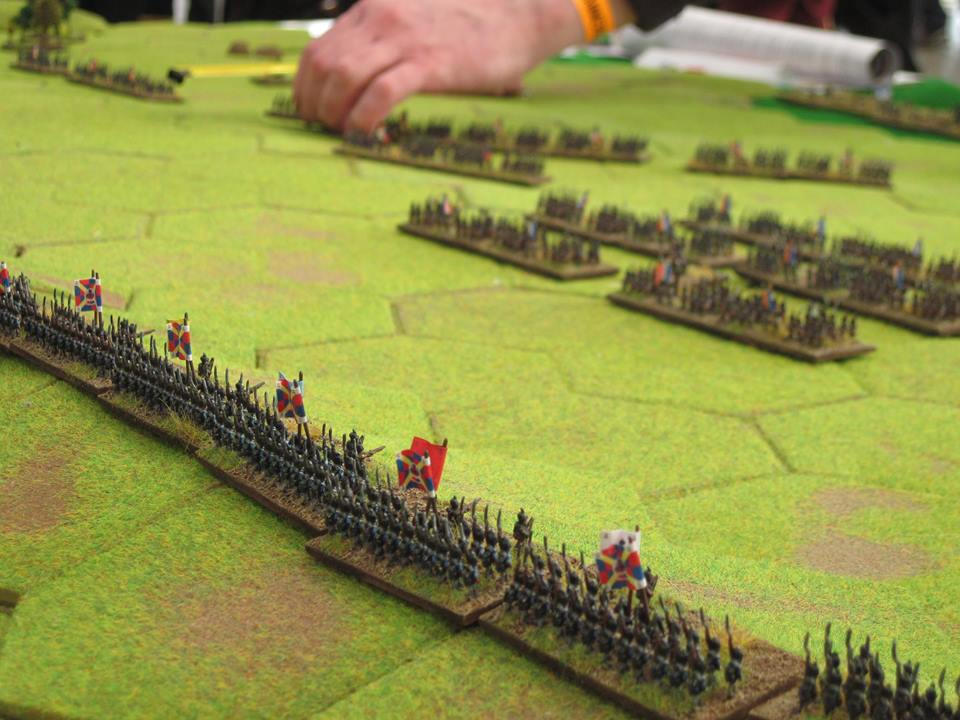 So there you have it.  Yet another great reason to come along to the country's largest smallest show.

6mm baccus News shows
This entry was posted on Tuesday, June 28th, 2016 at 14:04 and is filed under News. You can follow any responses to this entry through the RSS 2.0 feed. You can skip to the end and leave a response. Pinging is currently not allowed.