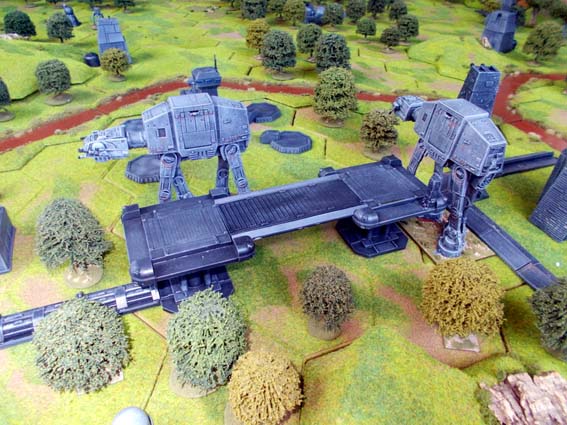 Another preview of a game coming to you at this Year's Joy of Six.   It's time for a complete change of pace as I've asked the ridiculously talented Dan Hodgson to give us all a look at what he's been working on.   It's a science fiction subject both familiar and dear to many of our hearts.   Above all it's been executed brilliantly.   But enough of the waffle - over to Dan...

As I watched the opening titles scroll across the screen I knew I was hooked again, the Star Wars obsession of 20 years earlier had returned and I was already thinking how I might recreate the big screen battles in miniature. After weeks of researching what was out there I watched and waited and I slowly gathered the forces needed. The scale? well that was easy, in 6mm I could do massive scale battles on a small scale. 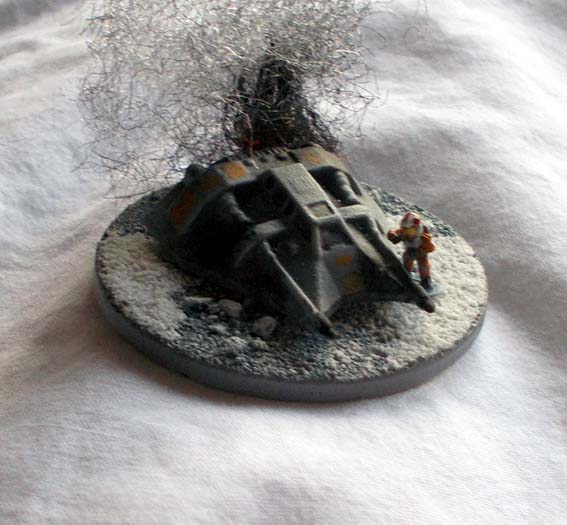 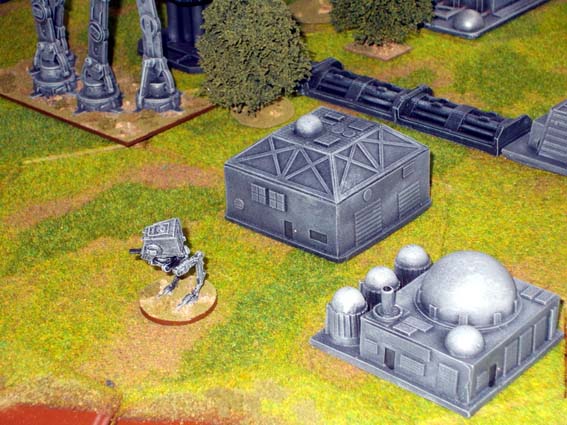 I will be using a simplified version of the popular Fantasy Flight Games X-Wing Miniatures game. The biggest differences being the use of Hexes for movement and firing ranges, and the addition of ground forces, enabling iconic battles from the films to be refought over an interesting playing area, a black space mat just didn't do it for me. Two 12ft x 5ft boards were made using Kallistra's Hexon terrain. The first, the frozen ice planet of Hoth and for a complete contrast the second game will take part on the forest moon of Endor. Alongside the star fighters, X Wings, Y Wings, B Wings, A wings, Tie Fighters etc ground forces such as the Imperial AT AT's, AT ST's, Snow speeders, Stormtroopers, Rebel Commando's will all make an appearance. 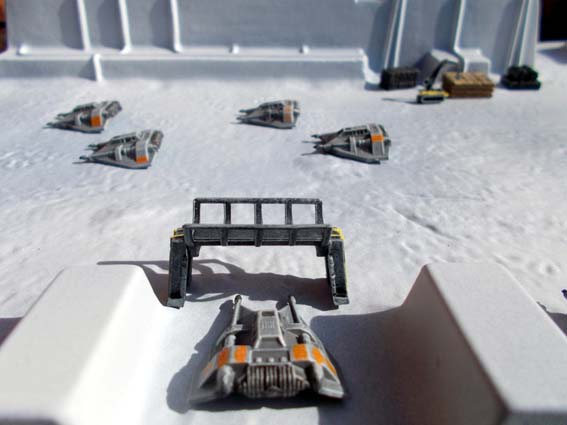 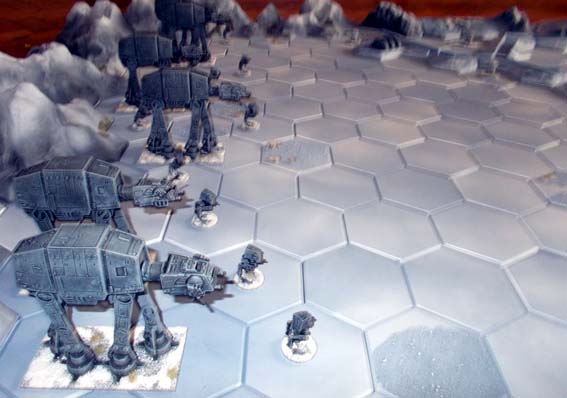 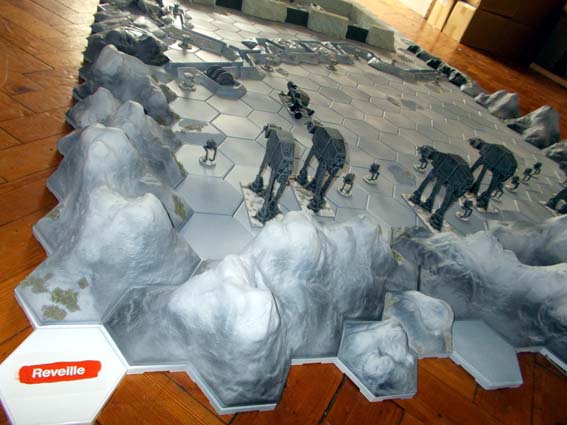 So come and have a go at something a little different from the historical norm on the 17th and  swap musketry for laser fire and try to evacuate Echo Base before the Empire destroys your forces or defend your Imperial base from the Rebel scum attack. 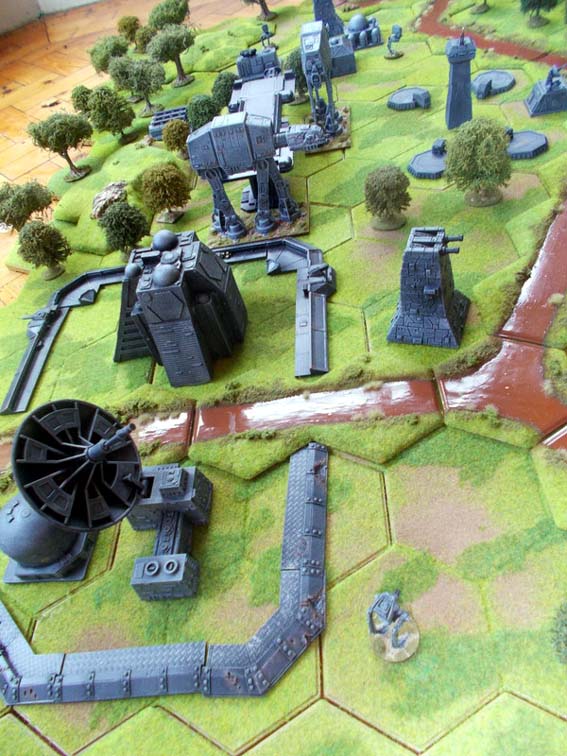 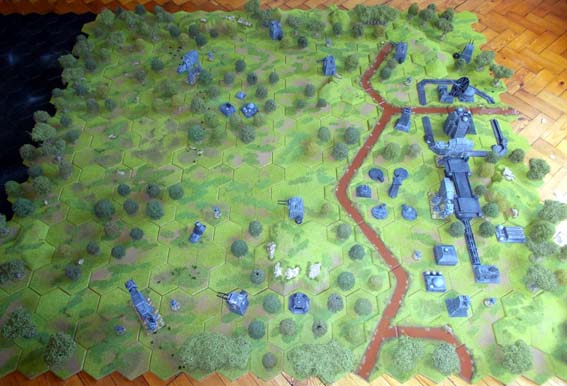 As usual with a game at the JOS.  The figures may be small, but the ambition reaches to the stars. 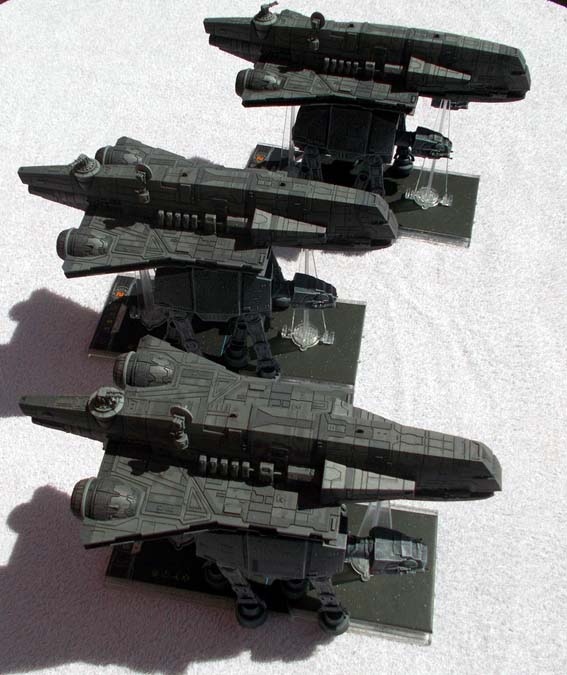 You can find more about Dan's progress on his site. 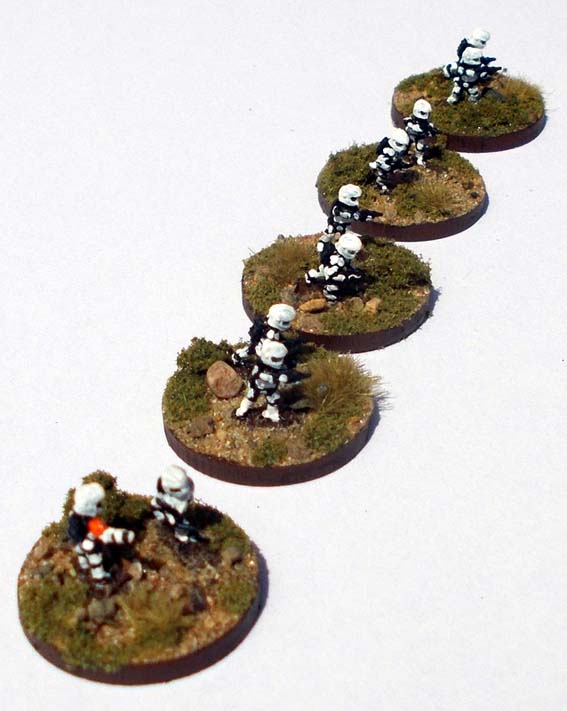 Still undecided about coming to the show?   This really is not one to miss!

6mm baccus News Sci-Fi shows
This entry was posted on Wednesday, June 22nd, 2016 at 11:56 and is filed under News. You can follow any responses to this entry through the RSS 2.0 feed. You can skip to the end and leave a response. Pinging is currently not allowed.