The Crom Funder was a success (thanks mighty backers), the items have been shipped and they are now available on the website. 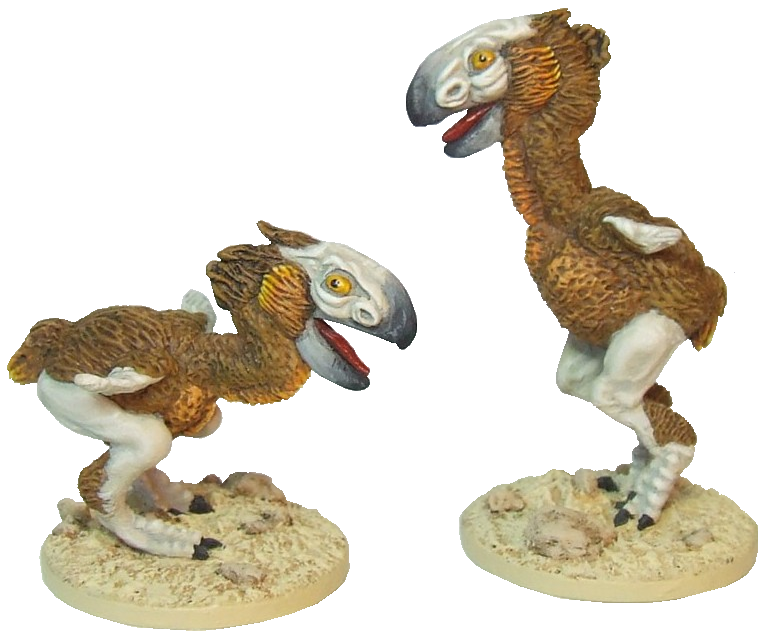 The Gandowana is a giant flightless bird that nests in the foothills of the Southern Mountains.

Whilst its vestigial wings lend it an almost comic like appearance, it is very much not to be taken lightly.

Standing well over 12` tall and weighing over 600 lbs, the Gandowana is quite capable of kicking a mountain lion to death or piercing the toughest armour with its razor sharp beak.
Whilst it can not maintain its top speed for long, it can, for short distances outrun the desert wolf and the aforementioned mountain lion.
Its feet have long claws that can shred plate armour.

As if all this were not enough, due to its unusual digestive system, it eats small rocks to grind up its food.
In an emergency the Gandowana can regurgitate these rocks and spit them at predators.

Below we see the tribesmen of Utuseb hunting Gandowana, not something to be taken lightly. 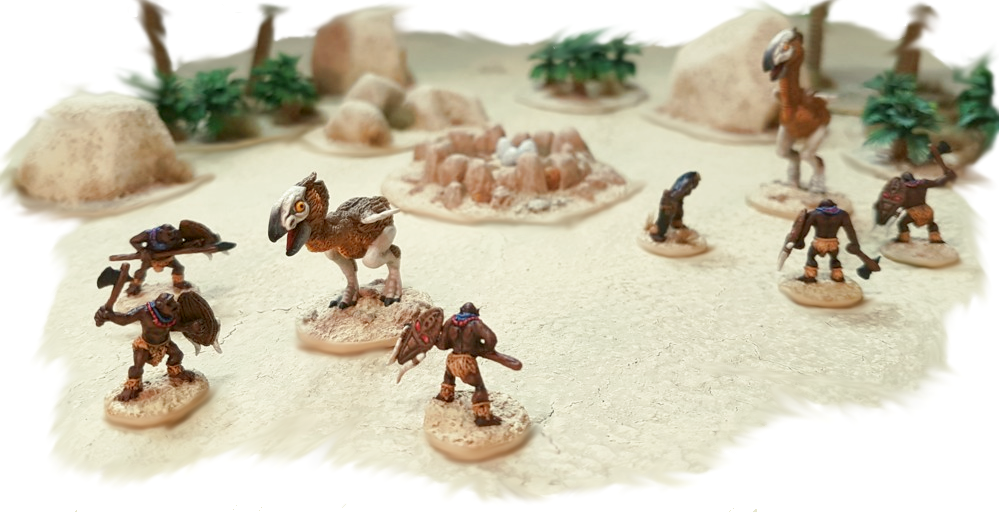 15mm croms anvil Fantasy New Release
This entry was posted on Monday, July 15th, 2019 at 12:15 and is filed under News. You can follow any responses to this entry through the RSS 2.0 feed. You can skip to the end and leave a response. Pinging is currently not allowed.