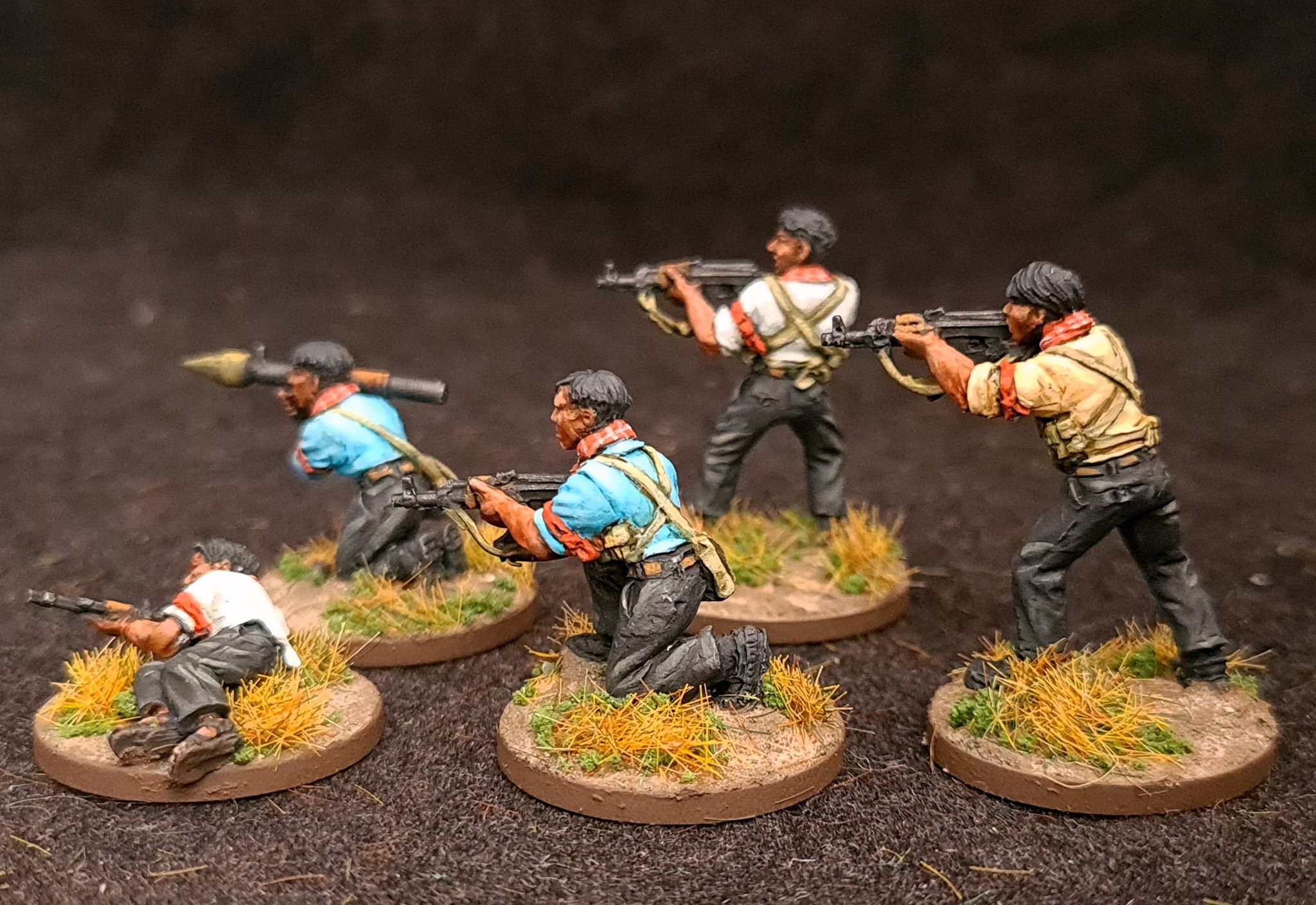 Gringo 40's have just recently released brand New 28mm Vietcong figures to add to our ever growing Vietnam War 1968 range, these are available now in our webstore attached illustration shows these troops painted up as part of the C10 Sapper battalion used in the
attack on the American Embassy, they are dressed in early war "Civilian Town dress" to fit in with the local population during the Tet offensive, top paint job by Andy Singleton.

28mm Gringo40s modern New Release
This entry was posted on Wednesday, July 8th, 2020 at 17:00 and is filed under News. You can follow any responses to this entry through the RSS 2.0 feed. You can skip to the end and leave a response. Pinging is currently not allowed.