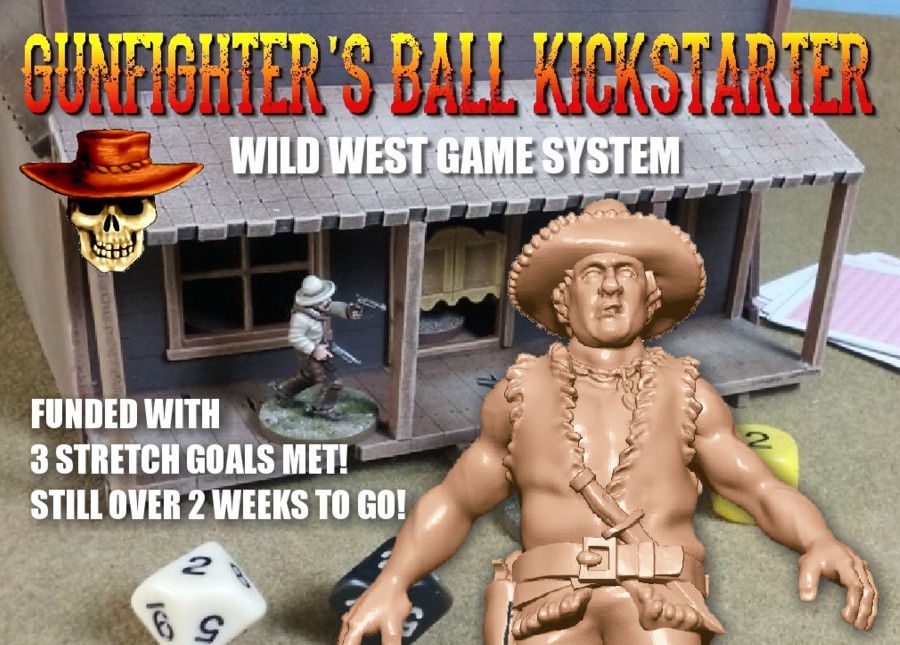 Knuckleduster Miniatures’ Gunfighter’s Ball Kickstarter campaign has met its goal and unlocked four stretch goals (we’re moving so fast, we’ve outpaced the ad we designed yesterday!); Rattlesnake Jack, The Chaco Kid, Bathtub Belligerent, and a deck of special ability cards called the Pistoleer Deck. Now we’re on to this critter here: Mangus. He’s a mountain of a man, but he’s not the shiniest marble in the jar; no Scrabble champion by any means!

With 20 days to go, this campaign still has lots of surprises in store. Visit the Kickstarter page or join us on Facebook for frequent updates.

28mm Knuckleduster Miniatures News western
This entry was posted on Friday, December 1st, 2017 at 09:46 and is filed under News. You can follow any responses to this entry through the RSS 2.0 feed. You can leave a response, or trackback from your own site.

One thought on “Gunfighter’s Ball Kickstarter”