Heroes In A Half Track….

New out of the factory this week are a trio of support half-tracks for our 15mm Polish forces. The Wilk (Wolf) chassis carries either a pair of tri-barrel AA gatlings, a quad anti-tank missile system or a 12-barrelled multiple rocket artillery system. 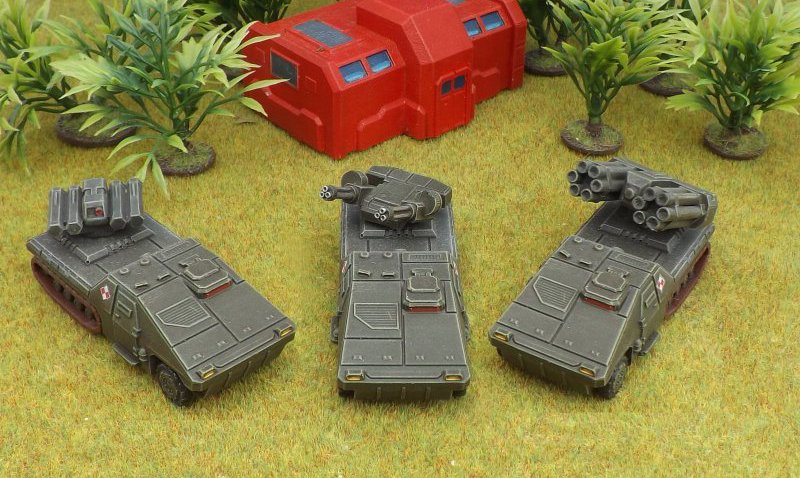 The Wolf is derived from the Suwalska half-track family, but with a flat-bed rear replacing the former’s passenger compartment. The turrets are of Soviet origin, bought in and retro-fitted with indigenous electronics and sensors.

The models can also see service in the Cecach Federal Army, a force from the Forlorn Hope novel and part of the Hammer’s Slammers universe.

15mm Brigade Models New Release Sci-Fi
This entry was posted on Friday, June 15th, 2018 at 16:06 and is filed under News. You can follow any responses to this entry through the RSS 2.0 feed. You can skip to the end and leave a response. Pinging is currently not allowed.