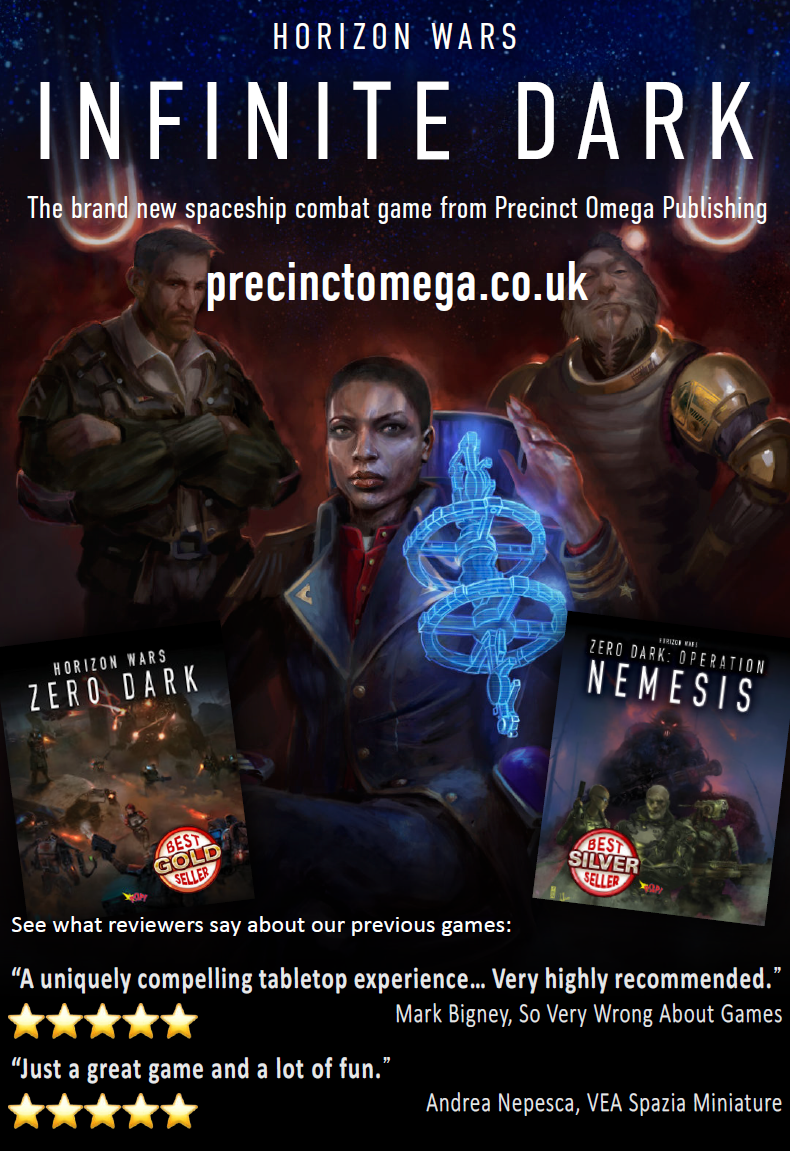 The glorious, unstoppable expansion of humanity into the stars has ended. The benevolent guidance of the mighty Artilects saw the full range of humans — natural, synthetic and uplifted partners — mature into a species of curiosity and innovation. But now the Artilects have gone, and the stars are the playground of their ruthless inheritors.

But the framework of jump-gates that made a galactic civilisation possible is falling apart.

Take command of your own fleet of vessels, recruit heroes to take their helms, and take to the spaceways to build your own legend in the newest game in the critically acclaimed Horizon Wars series. Use your favourite spaceship miniatures to play games in any of three command levels, from deep space dogfighting up to capital ship encounters, in Solo, Co-op or Versus play modes.

New Release Precinct Omega Sci-Fi
This entry was posted on Thursday, July 1st, 2021 at 16:51 and is filed under News. You can follow any responses to this entry through the RSS 2.0 feed. You can skip to the end and leave a response. Pinging is currently not allowed.