Fan units.
As well as mining fan exhausts, Jothrom produce fans. Again they show the attention to detail we expect from the company. As their sales staff never tire of telling potential customers, lesser companies can build a solid fan which is very positively driven. So if somebody drops something down an air duct, the fan will smash into it and probably explode and do ridiculous amounts of damage.
Jothrom have designed their fans on the principle that they are there to move air, not to act as waste recycling units. So they have specifically build the cases and power units to be robust, but the fans themselves are remarkably light. So if somebody sticks something through the fan, the fan blades will merely shear off and do no damage. But the fan will then set off both a local and a central alarm so a member of staff can come along and put a new fan into the unit. This is a simple operation, involving one unassuming snap fastening, and the replacement fans are remarkably inexpensive.
As one sales lady pointed out to me, the one disadvantage of the Jothrom fan mounted in a vertical duct is that villains of the old school can no longer threaten the heroine with spectacular death by dangling her over a fan and letting a candle slowly burn its way through the rope.
Kit contains 4 fan units 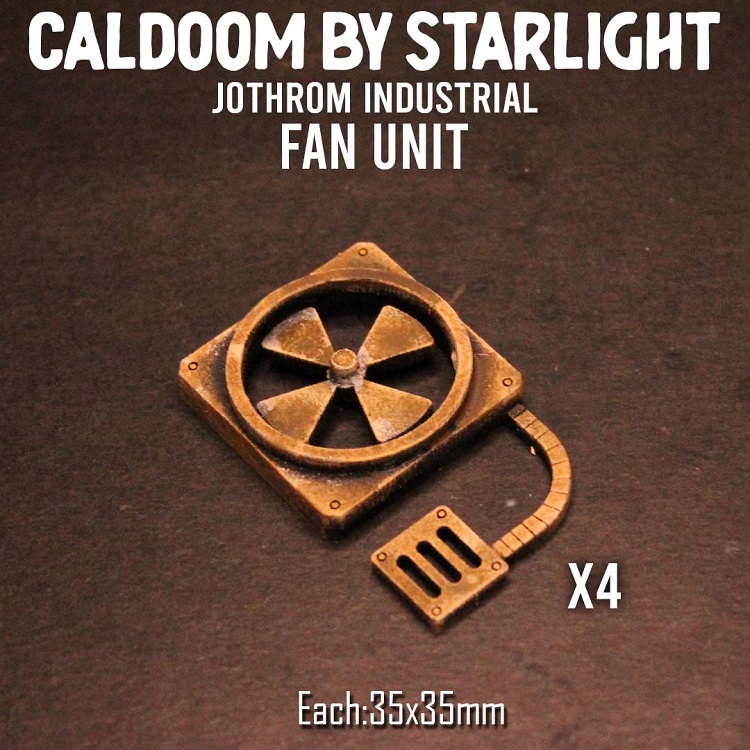 28mm Iliada Game Studio New Release Sci-Fi
This entry was posted on Wednesday, May 18th, 2022 at 16:55 and is filed under News. You can follow any responses to this entry through the RSS 2.0 feed. You can skip to the end and leave a response. Pinging is currently not allowed.