The Baastruk
A 28mm hoover truck 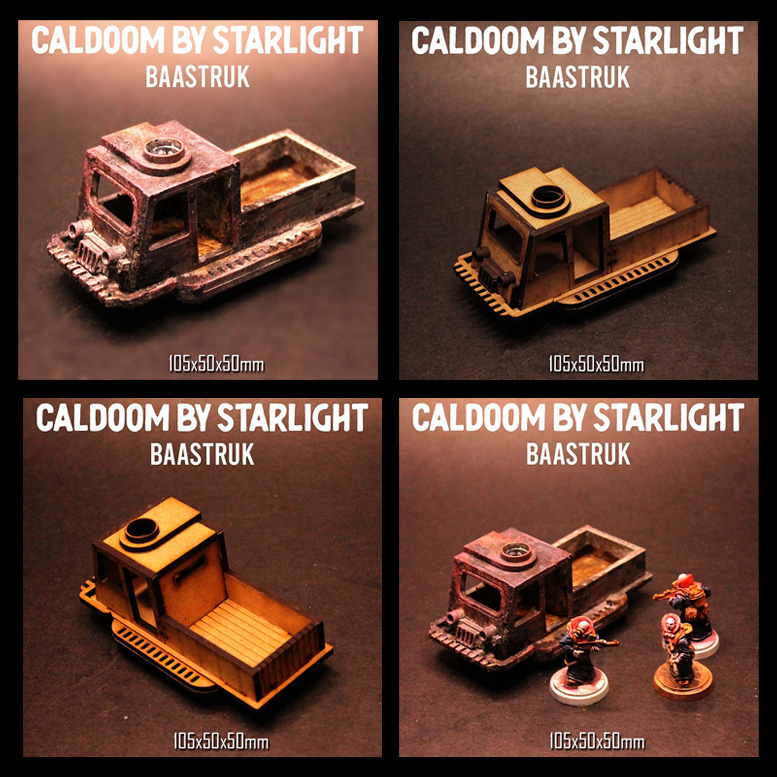 Baastruk Unincorporated is a somewhat ramshackle amalgamation of small manufacturers and design engineers who have come together, originally to produce utility vehicles. The parts are made by a score of small businesses and the Baastruk itself is assembled in any plant that has space at the time.

Designed to be rugged, the Baastruk originally sold itself as ‘fool proof’, only for the makers to issue a press release apologising for underestimating the calibre of fool that Caldoom has managed to produce. Still it is a popular and well regarded vehicle. Only the efforts of a generation of younger drivers have lost it the legend, indestructible.

Basic models can be purchased for as little as 2200 Stravanese Lira and are rated to carry two tons as well as driver and passenger. They can comply with the 50m legal minimum cruising height over Liberty but the warranty expires if you take them over 2000m.

Baastruk has also ventured into the domestic market producing convertibles and similar, but normally in short runs.

28mm Iliada Game Studio New Release Sci-Fi
This entry was posted on Saturday, April 16th, 2022 at 07:38 and is filed under News. You can follow any responses to this entry through the RSS 2.0 feed. You can skip to the end and leave a response. Pinging is currently not allowed.