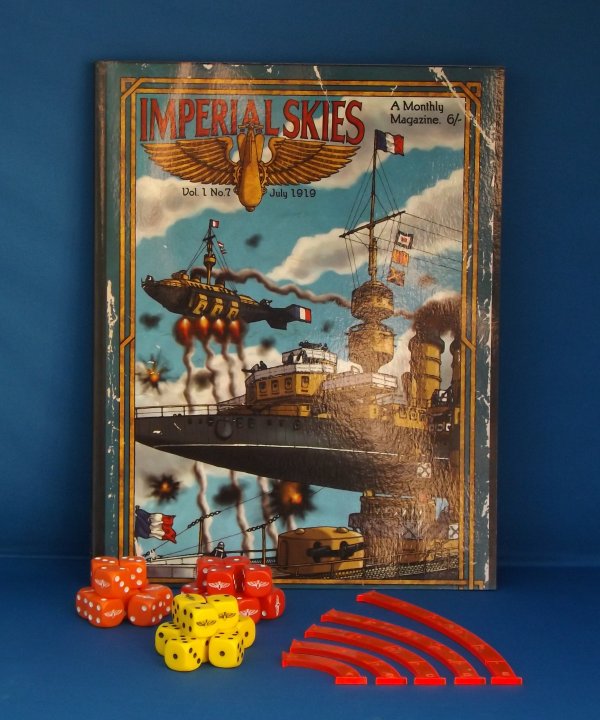 Following the completion of the Kickstarter (notwithstanding the odd hiccup), we're very pleased to announce that Rottenlead Publishing's Imperial Skies ruleset is now available from our website.

Imperial Skies is a table top wargame of lighter-than-air ship battles, played out over the land and sea of the early 20th Century.

Fleets of flying ships are pitted against each other in fast-paced aerial tactical combat. Gather powerful fleets of your favourite nation including Battleships, Dreadnoughts, Cruisers, Destroyers, Aircraft, Bombers and Patrol Boats.

To add to the gaming experience, we also have laser-cut acrylic turn rulers and colour-coded logo dice available.

Brigade Models New Release Sci-Fi
This entry was posted on Friday, September 23rd, 2016 at 17:22 and is filed under News. You can follow any responses to this entry through the RSS 2.0 feed. You can skip to the end and leave a response. Pinging is currently not allowed.