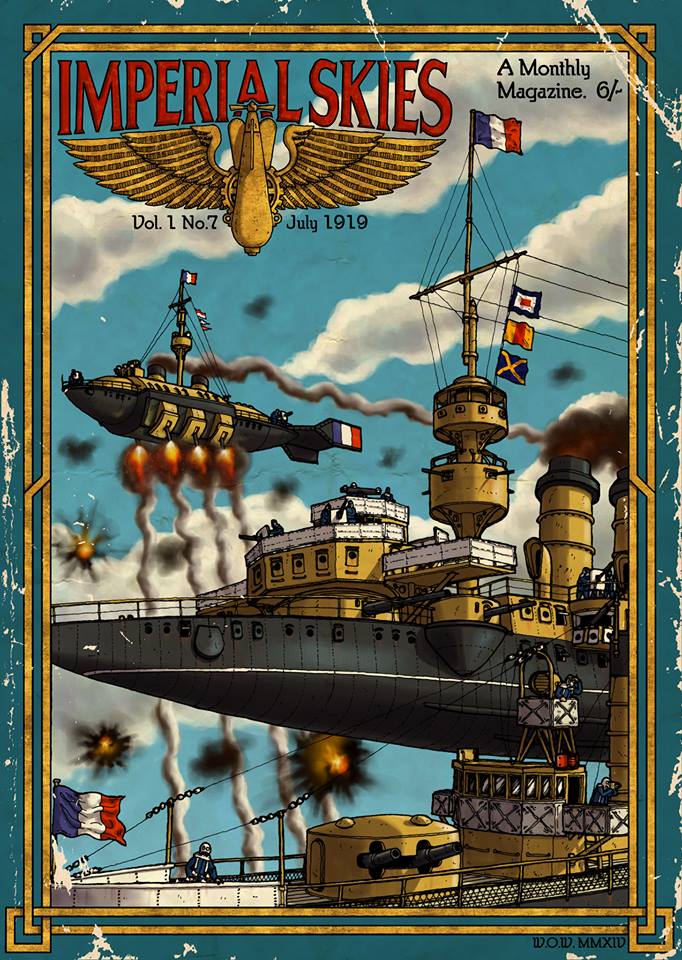 Imperial Skies is a set of rules for Steampunk/VSF flying craft publiched by Robin Fitton of Rottenlead, who produced the Gruntz 15mm rules. It covers vessels ranging in size from small fighter aircraft to battleships, with a timeline that extends into WWI. Each ship has a detailed profile with multiple weapon types including torpedoes and three categories of gun, and stats for speed, turning and defence.

Robin has launched a Kickstarter campaign to get the rules into production, and Brigade Models is participating in this by offering fleet packs of Aeronef miniatures as add-ons. In addition, we’re committing to produce several new battleship models as stretch goals if the funding reaches sufficiently high levels. The top-most stretch goal is a whole new fleet, the Spanish Ejercito de Ciel.

The Kickstarter runs until December 22nd, with a projected ship date of April next year

Brigade Models News Sci-Fi
This entry was posted on Monday, November 23rd, 2015 at 11:57 and is filed under News. You can follow any responses to this entry through the RSS 2.0 feed. You can skip to the end and leave a response. Pinging is currently not allowed.