Joan of Arc By 1st Corps.

Joan of Arc "The Maid of Orléans" by 1st Corps.

Joan of Arc or Jeanne d’Arc, nicknamed "The Maid of Orléans". Born in 1412 was the daughter of a tenant farmer, Jacques d’Arc, from the village of Domrémy, in north eastern France.

She rose to fame during the 100 years war leading French armies against the English.

Eventually captured by the Burgundians and handed over to the English she was convicted of heresy and witchcraft and burned at the stake in May 1431 at the age of 19. 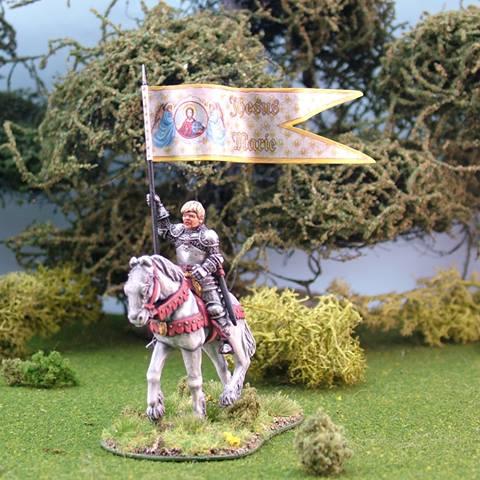 We are offering the usual pre-order discounts on all products except army and
village deals etc.

Does not include Army/Village Deals etc.
If you don’t get a reply to your pre-order we won’t have received it so make sure you get confirmation.

1stCorps 28mm historical New Release
This entry was posted on Thursday, March 12th, 2015 at 09:26 and is filed under News. You can follow any responses to this entry through the RSS 2.0 feed. You can leave a response, or trackback from your own site.

One thought on “Joan of Arc By 1st Corps.”