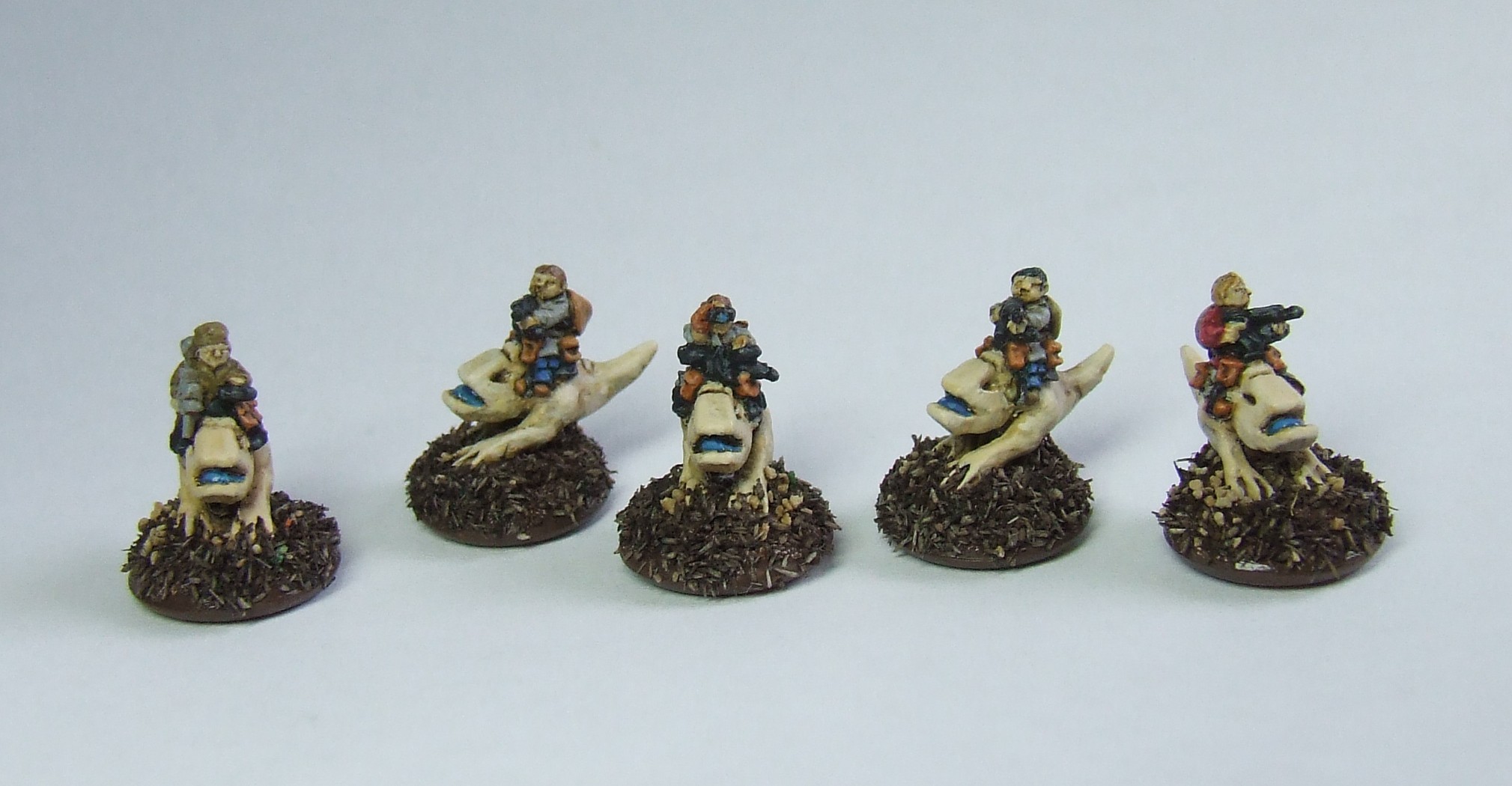 Now being on an alien world they don't have horses.
But they do have something similar; Jurapeds.

Not as graceful (comfortable) as horses nor as fast, or indeed as easy to control, but beggars can't be choosers.
Besides the Jurapeds are plentiful and not that difficult to control if you use hand held remotes that steer the creature via cranial implants.
(reigns are so old school)

They are also much quieter than Bullfrog Pick Up Trucks too.
Unless it is mating season...

Anyway, they are available to pre-order now and should be ready to ship in about 3 weeks.
Following on in the tradition of the Insurgents which were based on the civilian models, these are based on the Insurgent models.
So you get 1 leader with rifle and optics, 1 rocket launcher guy and 3 rifle grunts. (the ones with the conical hats, you can't see them as they are behind their heads having fallen off due to extreme galloping speed, but are held around their necks with straps), they also all hold the remote steering device in a hand too.
(they just call it the wheel)

6mm Angel Barracks Sci-Fi
This entry was posted on Monday, April 20th, 2015 at 20:04 and is filed under News. You can follow any responses to this entry through the RSS 2.0 feed. You can skip to the end and leave a response. Pinging is currently not allowed.