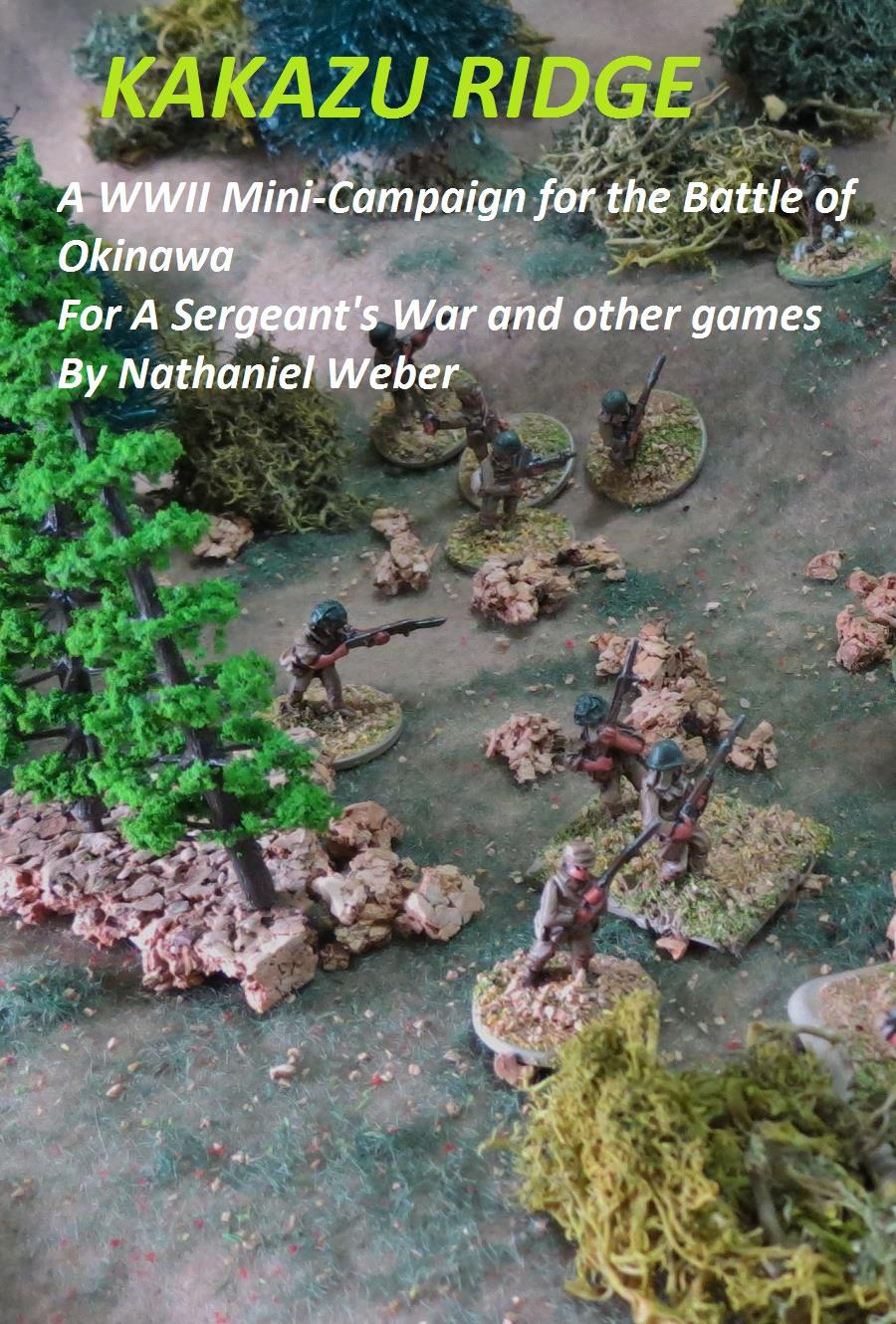 SOUTHERN OKINAWA: DAWN, 9 APRIL, 1945
The American 383rd Infantry Regiment has successfully infiltrated Kakazu Ridge and holds the crest, catching the Japanese completely by surprise. But the men of the 13th Independent Battalion won’t let go of the ridge without a fight.
In this mini-campaign, command either beleaguered American infantry, under constant attack and cut off from their heavy artillery, or lead Japanese troops in ferocious attacks up the slopes of Kakazu Ridge.
Historically, the American companies were decimated and thrown back, but not without mauling the Japanese battalion that faced them. How will you fare?

Kakazu Ridge is a 3-scenario mini-campaign portraying small-unit infantry combat during the Battle of Okinawa. It has been written for A Sergeant’s War, but can easily be adapted to other WWII rules sets. The campaign includes:

historical New Release the dog's brush
This entry was posted on Tuesday, September 22nd, 2015 at 16:50 and is filed under News. You can follow any responses to this entry through the RSS 2.0 feed. You can leave a response, or trackback from your own site.