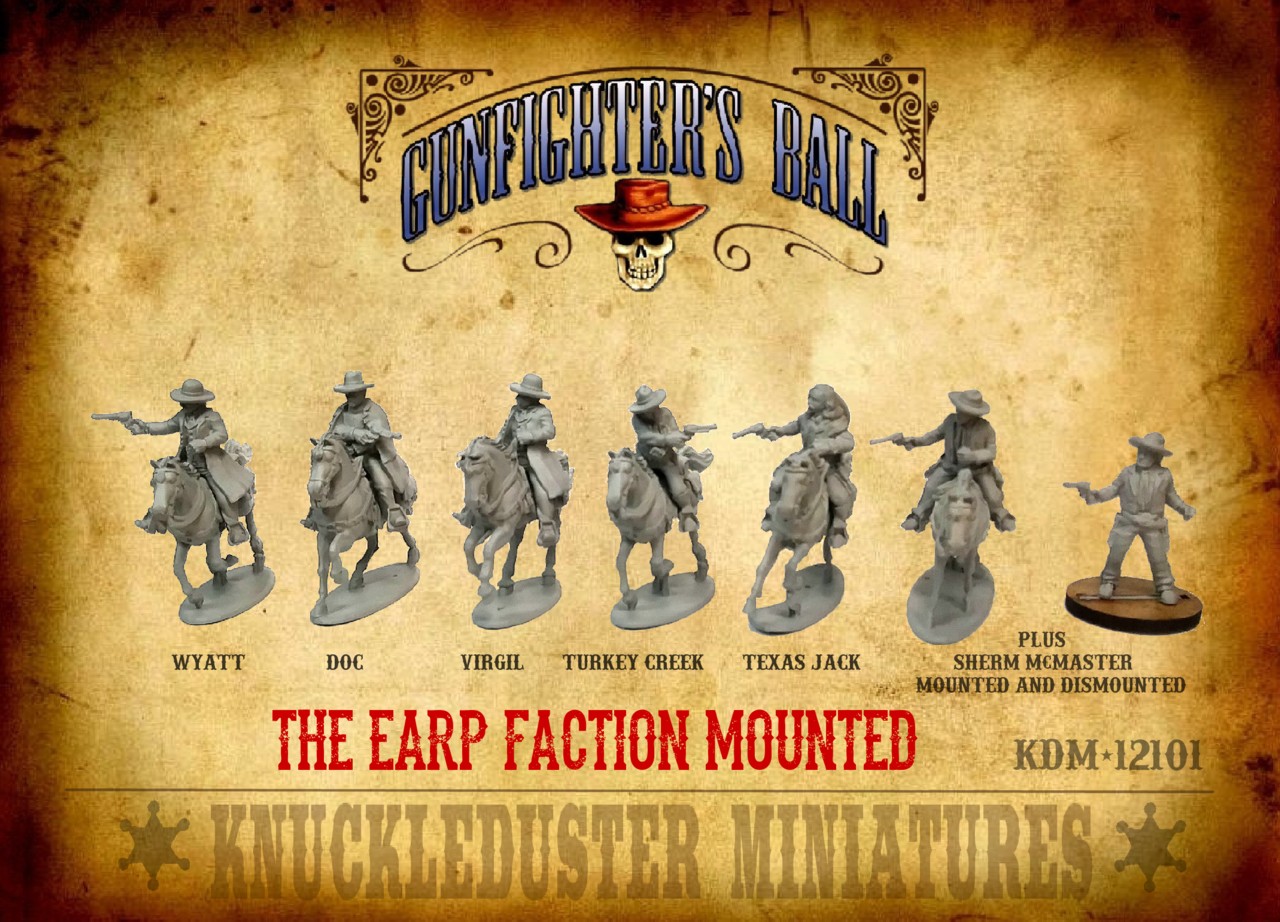 Mounted Earps: This set includes Wyatt, Virgil, Turkey Creek Johnson, Texas Jack Vermillion, Doc Holiday, and Sherm McMasters. Since Morgan Earp was out of action early in the story of the Earps, he's replaced by an Earp ally in this pack. McMasters has not appeared in our product line before, so this set includes a dismounted version of him with mdf slotta base. The pack is slightly more expensive to reflect this addition. KDM-12101, $39.50 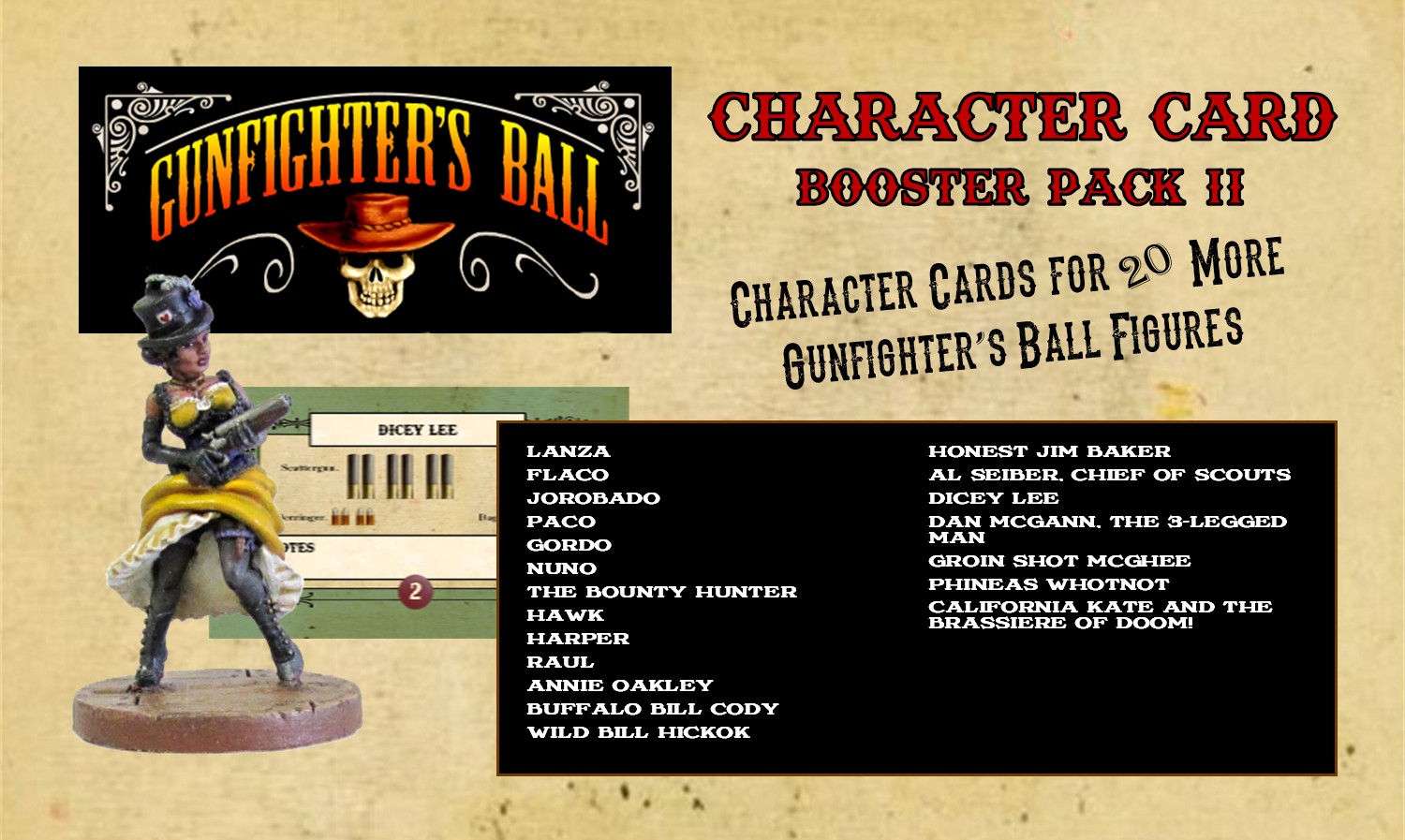 Character Card Booster Pack II: 20 new character cards (for a list, see attached graphic). As our painting commissions come back from Adam Smith in the UK, we photograph them and develop new cards, which means we're always behind the new releases. We do eventually catch-up! KDM-10306, $10 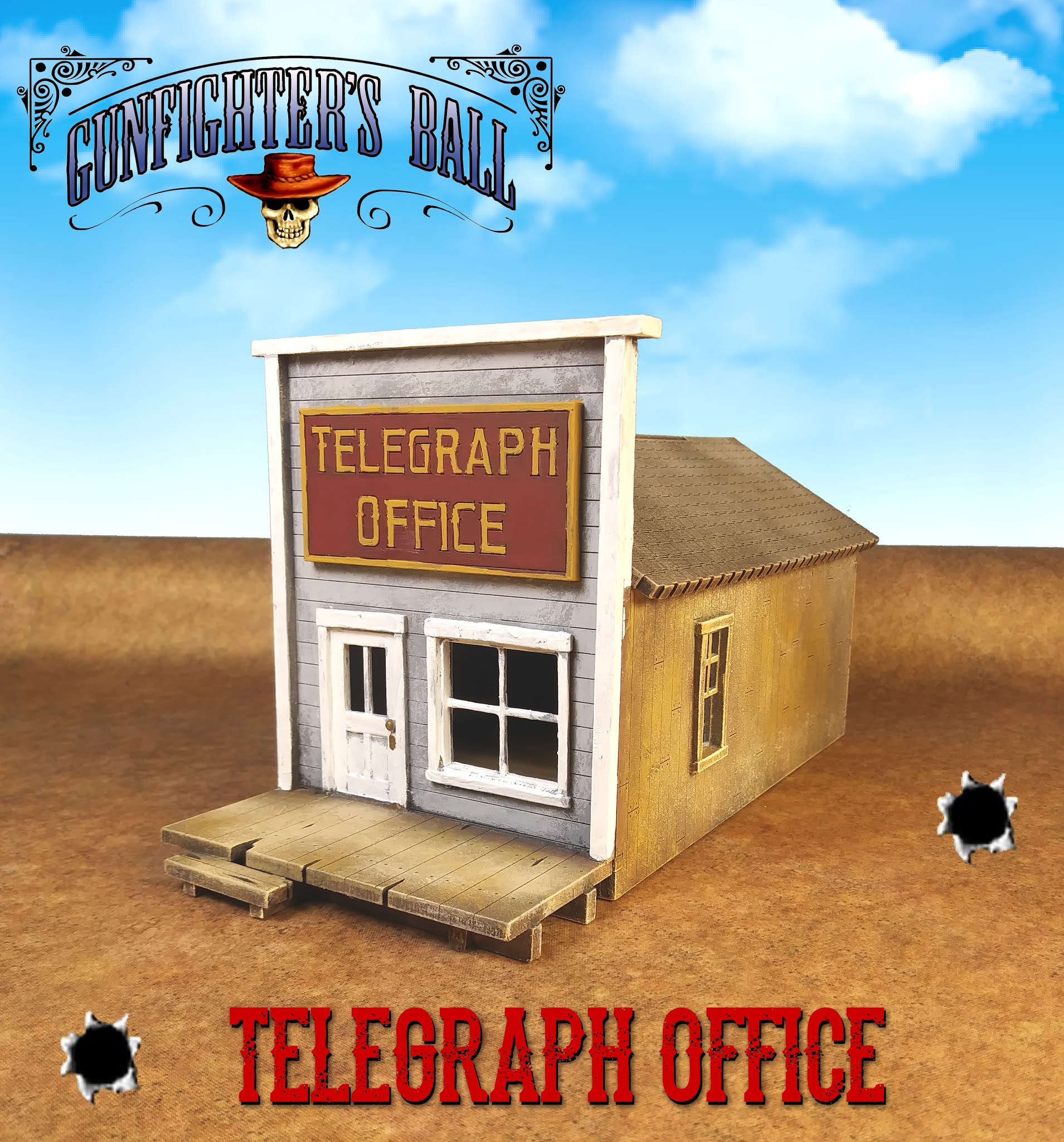 Telegraph Office: A small commercial building that's about half the width of the other stores we sell (e.g. Hardware Store). Like most of our buildings, this can be used for any commercial "front street" property and not just for a telegraph office. KDM-13117, $27.50

October will feature a new faction, "The Bad Guys," and renders of the new characters are being posted on Facebook as we complete them. More mounted versions of dismounted faction packs are also in the plans for this fall.

Please visit Knuckleduster.com for a look at all of our products, and join us on Facebook.

28mm Knuckleduster Miniatures New Release western
This entry was posted on Friday, September 11th, 2020 at 11:09 and is filed under News. You can follow any responses to this entry through the RSS 2.0 feed. You can skip to the end and leave a response. Pinging is currently not allowed.