With the amount of interest and demand for the upcoming 10mm League of Ausgburg releases, in a first for Pendraken we've decided to put them up for pre-order!  As well as allowing you to get your hands on them as soon as they become available, this will also mean that you can buy them at current prices, before our impending price increase takes effect.

Timescales on receiving the figures shouldn't be too long either.  If we receive the sculpts here in the next fortnight we'll get them master moulded straightaway and into production moulds, so the estimated date for shipping will be before the end of February.  That's certainly not too long to wait for these fantastic sculpts!

PLEASE NOTE - These are pre-order items, and will not ship immediately.  We estimate shipping to be before the end of February (2016!)

Also, if there's anything else you would like to order at the same time, we will hold those items until everything is ready.  If you would like us to send your order in two separate packages instead, please let us know. 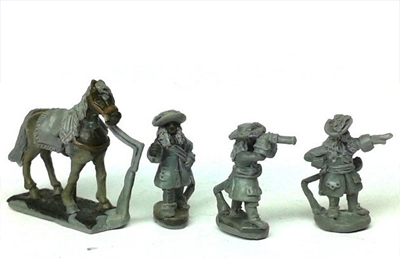 10mm historical News pendraken
This entry was posted on Tuesday, January 19th, 2016 at 09:19 and is filed under News. You can follow any responses to this entry through the RSS 2.0 feed. You can skip to the end and leave a response. Pinging is currently not allowed.