Apologies for the lack of news last month, we needed a quiet month to catch up with moulding, remoulding and new products.

What's New?
Quite a bit for March!  We have added the King's African Rifles to our WW1 Africa range, together with some guns for both British and Germans - including the British BLC 15 Pounder, which will do nicely for Territorials and Canadians on the Western Front in 1914/15.  We have also added the Garde Mobile/Sedentaire for the Franco-Prussian War and finally got around to adding cavalry and dismounted motorcyclists for the GRCA/GRDI for the French in WW2. 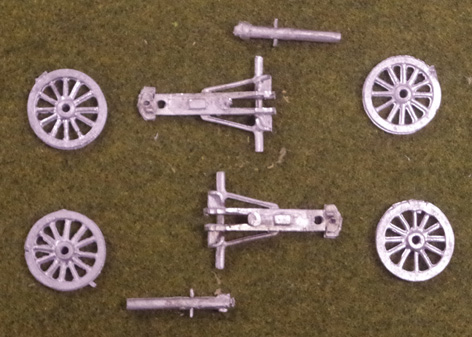 The Plan!
Next up will be the Schutztruppen for WW1 Africa, a new version of the WW2 German Flak 88mm and the long-awaited Italian M11/39.
Regarding the Modern Ranges, we have divided off the Modern ranges (Ranges for sale) retained the Postwar ranges - divided roughly at the introduction of Chobham/ERA.  Some of the old 'M' codes will be re-released after remoulding (BMDs,BRDM, CVRTs) in the appropriate mods for the 1950s - 1970s. These can be found under the QRF 1950s-1970s category on our home page.

What's Next?
Continuing the WW1 Africa releases - Schutzentruppen for April and Askaris for May and re-moulding as much as we can of the Postwar to get the quality back to where it should be! We have a few new vehicles and infantry in mind too...
So – go explore!!

15mm historical New Release QRF ww1 WWII
This entry was posted on Monday, March 1st, 2021 at 08:57 and is filed under News. You can follow any responses to this entry through the RSS 2.0 feed. You can skip to the end and leave a response. Pinging is currently not allowed.