May News And Updates From QRF 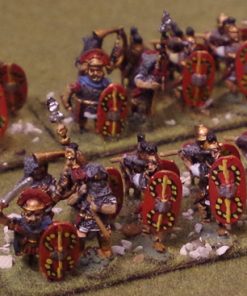 WHAT'S NEW?
We have now received the Rifles and their command figures for the British Auxilliay Legion in the 1st Carlist War, together with the Carlist artillery crews. We also understand that the Bavarian Command, French Zouaves and Command for the Franco-Prussian War and the dollies for the Kings' African Rifles in the Great War will be with us shortly.

We have been very busy casting orders and have been unable put any new figures in to mould - Sorry!

THE PLAN!
Our main focus for the coming year will be WW1 Africa so, if you have any particular figures you want let us know - especially pictures! We will also be starting the redesign of the Pike and Shot era and in-filling the Franco-Prussian War range, especially as the 150th Anniversaries approach.

Keep your heads down and keep safe, and – go explore!!

15mm modern News QRF
This entry was posted on Friday, May 1st, 2020 at 09:34 and is filed under News. You can follow any responses to this entry through the RSS 2.0 feed. You can skip to the end and leave a response. Pinging is currently not allowed.