Now in production, the newest edition of Medieval Warfare takes a look at prisoners of war during the Middle Ages. From the Viking slave trade to how English kings handled their captives during the twelfth and thirteenth centuries, this issue explores the interesting confluence of economic, political, and punitive concerns that influenced medieval hostage taking and captivity. 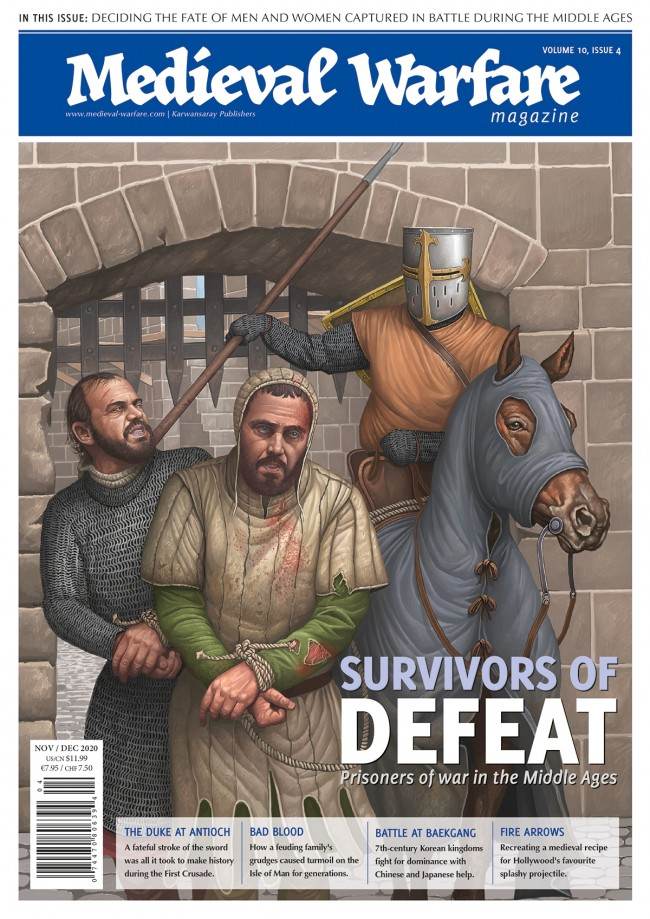 You can pre-order issue X-4 now to save slightly on the cover price, or make things easier going forward by subscribing to Medieval Warfare magazine today!

karwansaray publishers Medieval News
This entry was posted on Friday, September 4th, 2020 at 12:10 and is filed under News. You can follow any responses to this entry through the RSS 2.0 feed. You can skip to the end and leave a response. Pinging is currently not allowed.