Every sheet comes under form of a DIN A7 sized PDF sheet, for users to download and print at will. Regardless of scale, each comprises two flags preformatted for the intended scale: King's and Regiment's colours (known in Spain as Coronela and Batallona flags, respectively).

This time it's been the turn for the Immaculate Conception I. R., one of the units raised in 1713 by the Generality of Catalonia, in a desperate attempt to face the imminent Two Crowns' final blow. 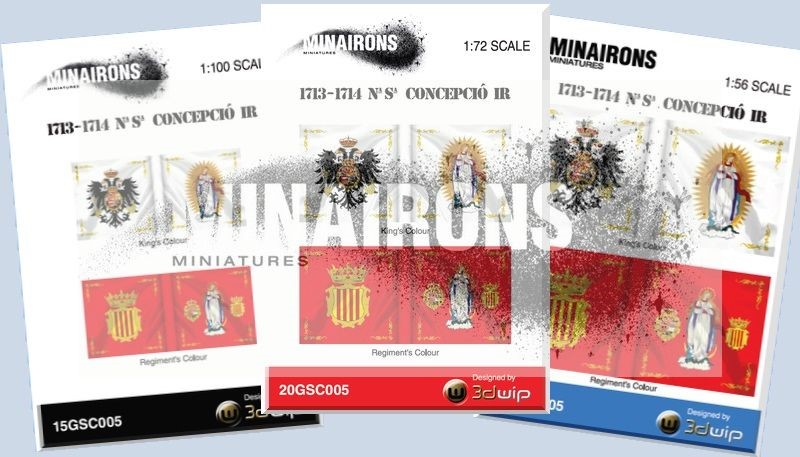 If willing to have an idea on how these flags look like, here below you can see some 15mm samples used on figures belonging to my own private collection (which comprises miniatures from most of the brands currently having a WSS range in their 15mm catalogues, such as Dixon, Essex or Roundway for instance). 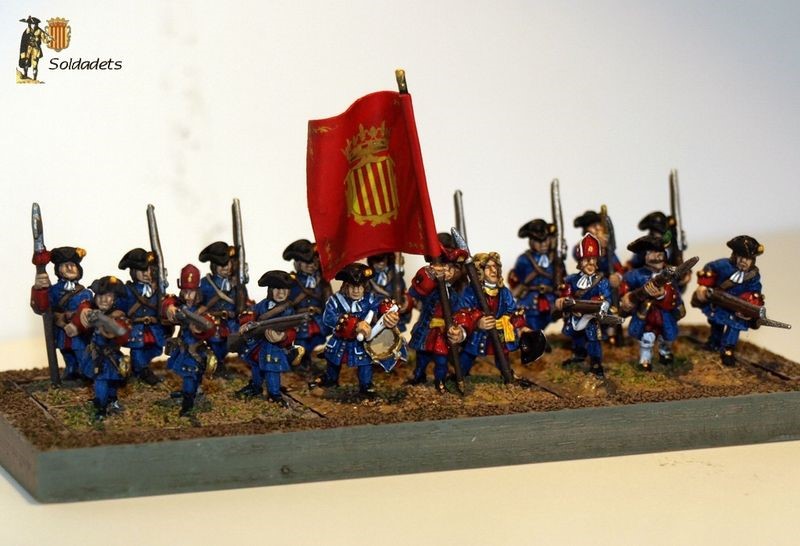 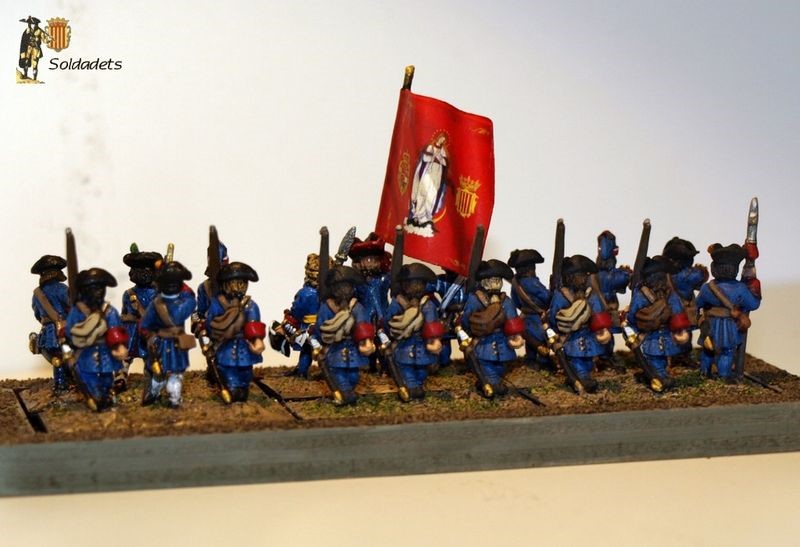 And this is how show other, already released flag sets at the head of their respective regiments: 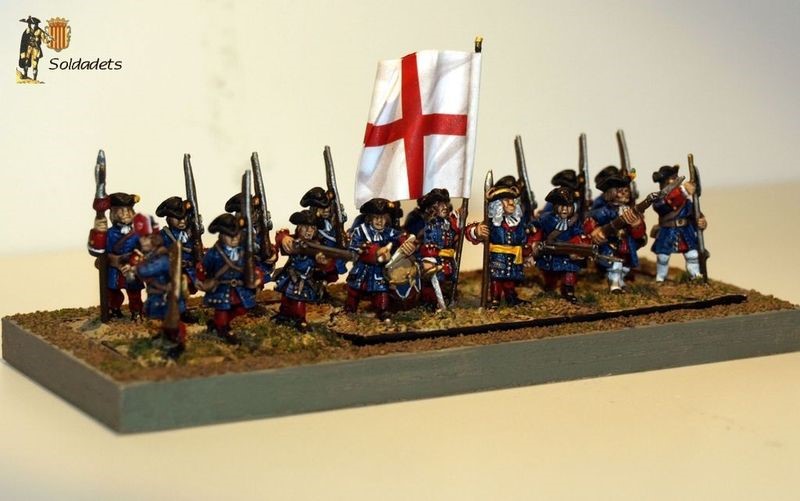 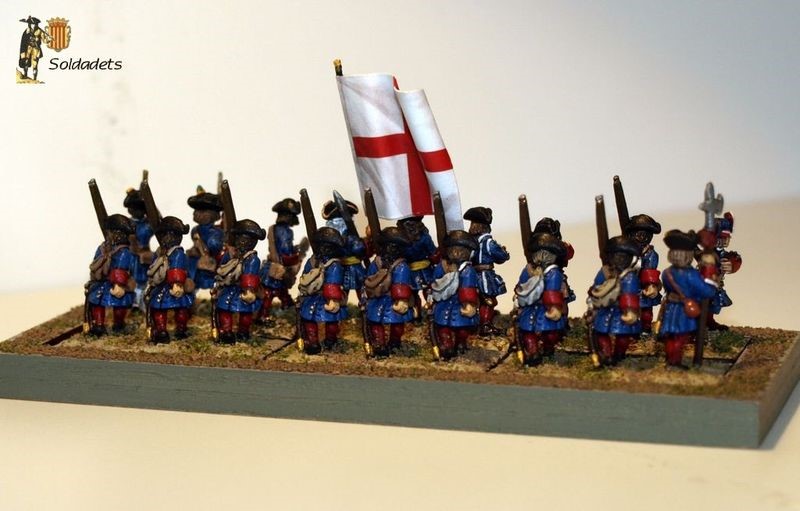 If willing to watch more samples, please follow the link below.

We're already working on more of such flag sets, belonging to both WSS sides.
Walloon, Spanish, Catalan and French Guards on the way!

Thanks for reading,
Lluís

15mm 20mm 28mm historical minairons New Release
This entry was posted on Saturday, April 20th, 2019 at 09:29 and is filed under News. You can follow any responses to this entry through the RSS 2.0 feed. You can skip to the end and leave a response. Pinging is currently not allowed.