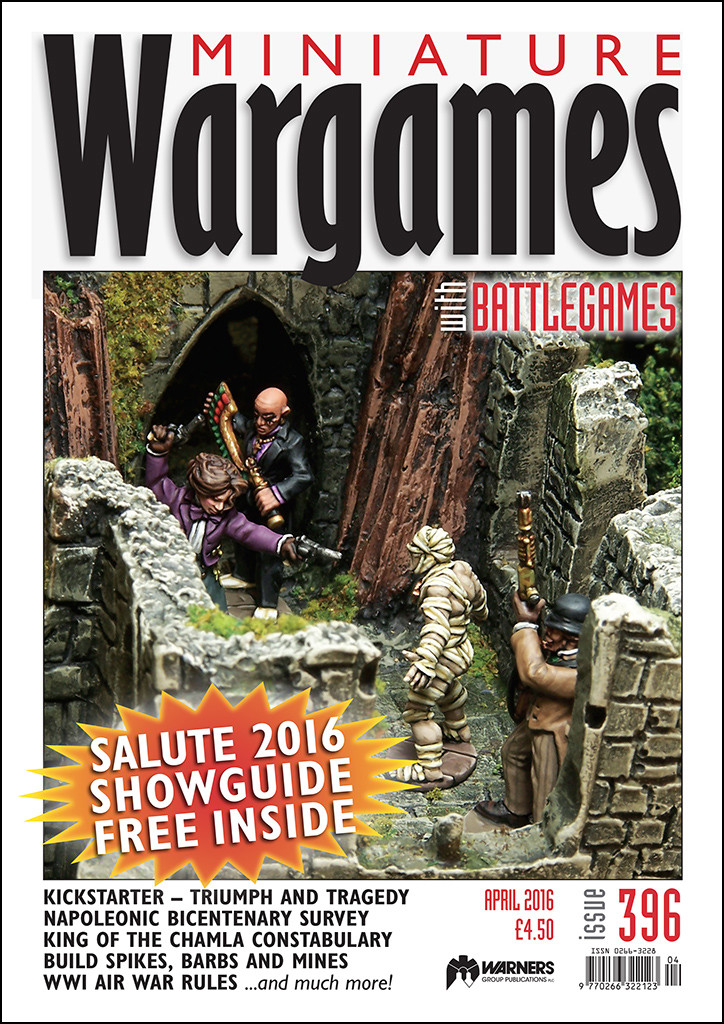 With the Salute show guide free this month, giving us a monster issue with 96 pages, we’ve got a packed magazine overflowing with wargaming goodies:

Of course, we have our regular spots too:

Of course we have our Battlegames Combat Stress Appeal; our regular review slot Recce; and finally, our competition this month features a whopping £75 prize of a War of the Spanish Succession starter box from Baccus.

And the monster Salute 2016 show guide is packed with enthusiastic articles:

Of course, the show guide also has essential information:

Remember also to check out the new website HERE

henry hyde MWBG New Release
This entry was posted on Thursday, March 17th, 2016 at 07:50 and is filed under News. You can follow any responses to this entry through the RSS 2.0 feed. You can skip to the end and leave a response. Pinging is currently not allowed.