The Kirin (or Qilin) is a mythical creature known in Chinese, Japanese and other far-eastern cultures as an omen of prosperity or serenity.
It’s also the name given to our latest new 15mm release, the Kirin Combat Walker. Designed by Kirk Alderfer with input from Zac Braham, the same pairing that created our range of Mercenary vehicles, it’s a one-man bipedal walker with a fearsome array of weaponry.
The two arm mounts carry either a 25-cm laser, 2-cm Gatling or 15mm twin powergun, the same weapons as fitted to the Sohei heavy tank. A twin heavy support weapon turret is mounted under the chin, while the shoulders both carry 9-round Manta missile pods (one of these can optionally be exchanged for a long-range sensor pod, most often seen in command suits). 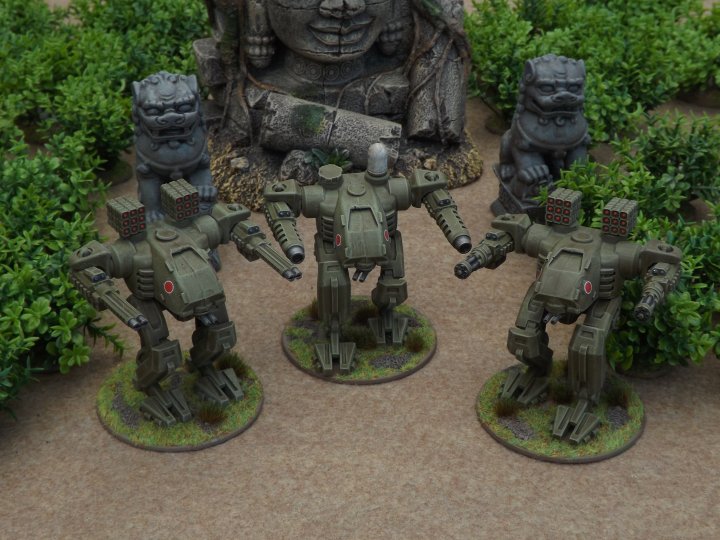 The model consists of 17 parts, one resin and the rest lead-free pewter –

There are two variants of each leg with different angles of extension – each model is supplied with a random pair of legs. The main weapons are all interchangeable and you can select which type each model is supplied with. Extra pairs of weapons are available separately. Either of the shoulder missile pods can be swapped for a sensor pod, and there is also a blanking plate for the other missile pod if you wish to remove it. A platoon pack is available with three Kirins – you can choose all of one weapon type, or one of each weapon – which also includes three helmeted crewmen. 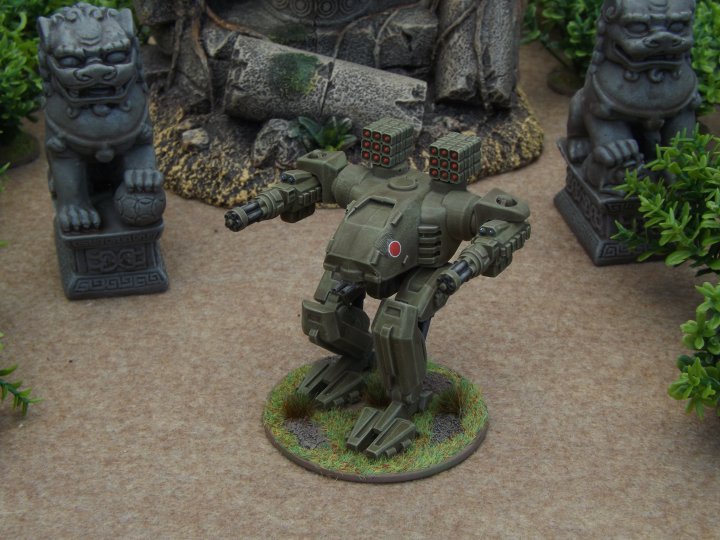 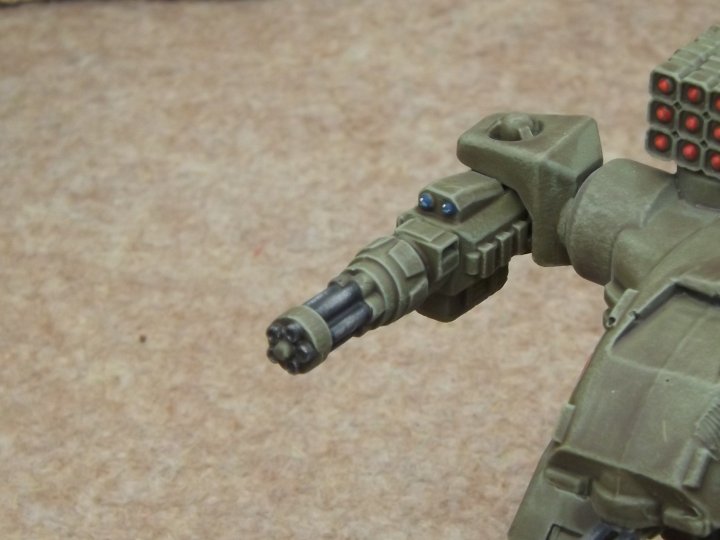 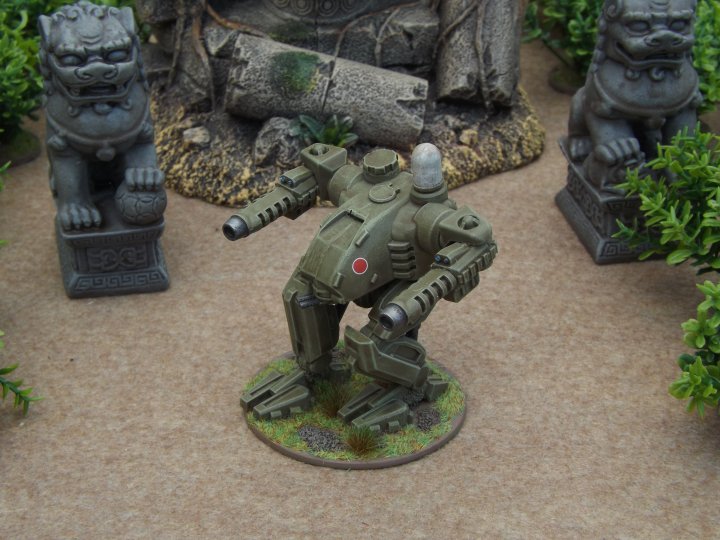 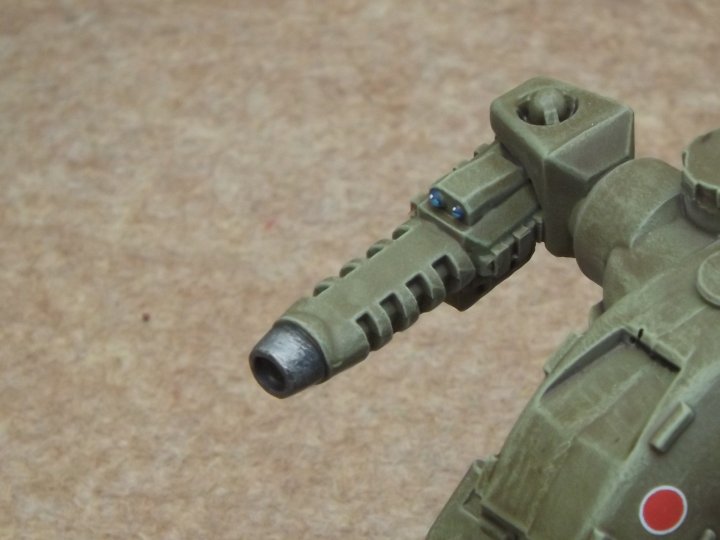 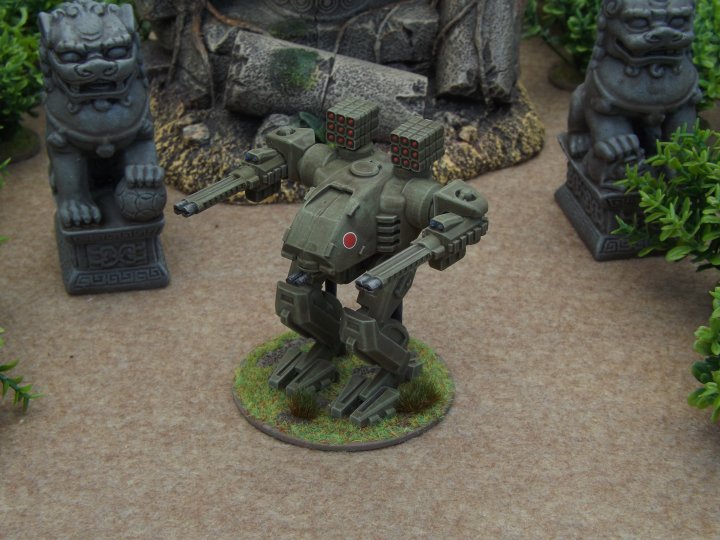 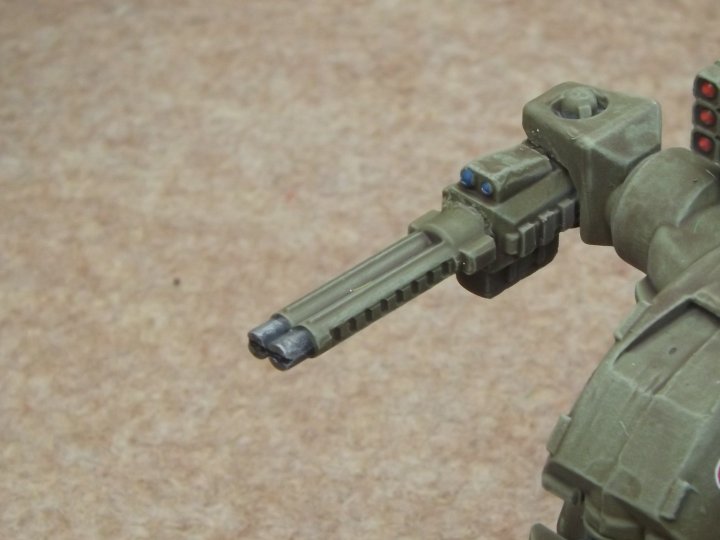 Assembly of the models is reasonably straightforward – although I’d recommend patience, putting them together one piece at a time and making sure the glue on each joint has set before moving on to the next piece. Ideally the legs and feet should be pinned together when assembling the model for greater strength, and you may find it a good idea to pin the hips and shoulders to the body as well.

15mm Brigade Models New Release Sci-Fi
This entry was posted on Friday, October 9th, 2015 at 14:04 and is filed under News. You can follow any responses to this entry through the RSS 2.0 feed. You can leave a response, or trackback from your own site.

One thought on “Mythical Beast From Brigade Models”