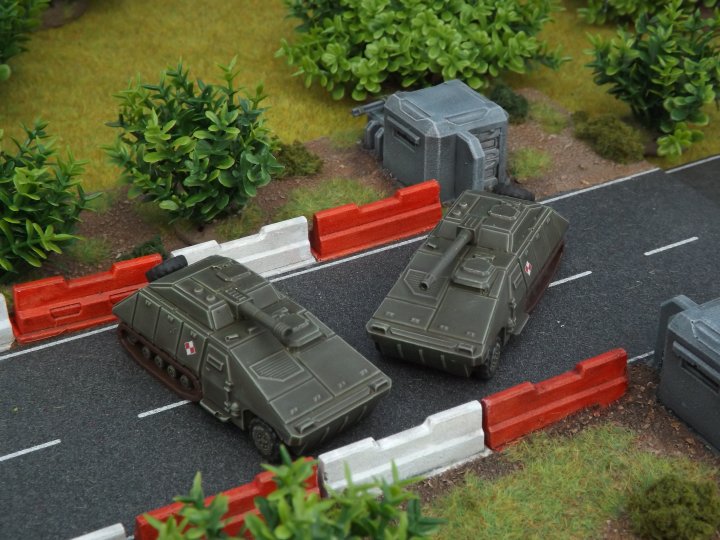 Two are fire-support variants with a heavier gun in a fixed superstructure. The ‘Mlotek’ model has a short barrelled howitzer, while the ‘Lucznik’ model has a high-velocity light anti-tank gun.

The third new model is the ‘Szlachta’, an armoured command vehicle.

15mm Brigade Models New Release Sci-Fi
This entry was posted on Friday, January 29th, 2016 at 13:15 and is filed under News. You can follow any responses to this entry through the RSS 2.0 feed. You can skip to the end and leave a response. Pinging is currently not allowed.