This week we're releasing two new 15mm Neo-Soviet tank models, and reintroducing some figures to accompany them. The Vombat and Bars are used by Neo-Soviet Guards armoured divisions instead of the smaller Bizon used by regular units.

The Vombat is an Urban Combat vehicle with infantry carrying capabilities. It’s heavy armour allows it to go deeper into a hostile urban environment than a light-skinned APC could, carrying its cargo of four infantry.

The Bars on the other hand is a pure main battle tank, losing the infantry compartment in favour of larger fuel tanks for increased range and a heavier ammunition load. 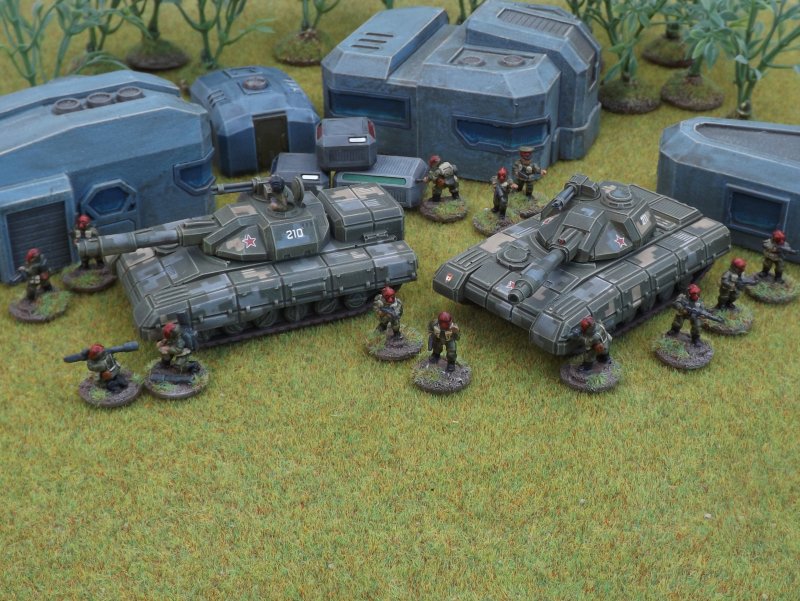 15mm Brigade Models New Release Sci-Fi
This entry was posted on Friday, March 10th, 2017 at 12:21 and is filed under News. You can follow any responses to this entry through the RSS 2.0 feed. You can skip to the end and leave a response. Pinging is currently not allowed.