So, what is a Pirate to do when he has trounced all of the British, French and Spanish regulars about? Who can the wily Sugar Plantation owner attack when the harvest is done?? And, whom does the Aristocratic Victorian Explorer face whilst trying to keep his stiff upper lip from being shrunk with the rest of his head??? Caribe Indians of course, that’s who! 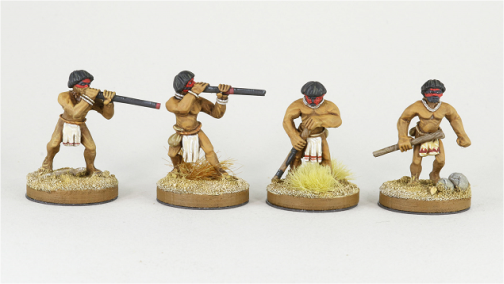 Pontoonier Miniatures has added to their fantastic range of 28mm Caribe for whom the Caribbean was named. This release includes Caribe armed with blowguns, muskets, a fabulous civilian pack and casualties to add character to your battlefield. 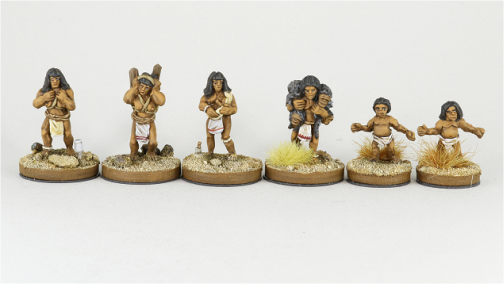 This completes the Caribe range, but fear not, Pontoonier’s Eighteen Men Pirate range has many more expansions planned for 2018! Pontoonier Miniatures are available exclusively from Badger Games!

28mm badger games historical New Release pulp
This entry was posted on Wednesday, July 18th, 2018 at 09:26 and is filed under News. You can follow any responses to this entry through the RSS 2.0 feed. You can skip to the end and leave a response. Pinging is currently not allowed.