Last week we released our new 6mm Polish infantry, sculpted by Martin Baker. This week it’s the turn of the Pacific Federation figures, which are heavily armoured with more advanced weapons.

The contents of each pack is the same as the Polish, with enough figures to make three identical squads of a squad leader, five riflemen, a SAW and an anti-tank missile launcher. Again, there are three different riflemen poses to avoid too much repetition.

As with the Polish, all PacFed packs that contain infantry will now contain the new figures instead of the older generic ones. 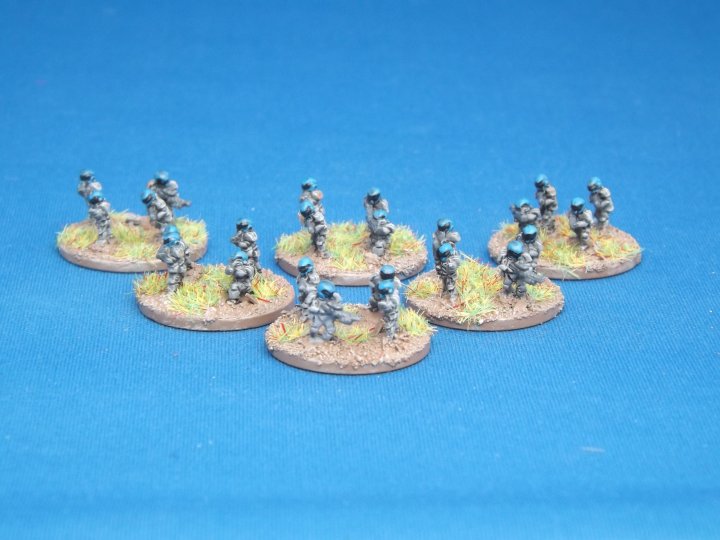 6mm Brigade Models New Release Sci-Fi
This entry was posted on Saturday, February 20th, 2016 at 10:12 and is filed under News. You can follow any responses to this entry through the RSS 2.0 feed. You can skip to the end and leave a response. Pinging is currently not allowed.