I had a couple of days off last week, hence no new release on Friday (and I’m also a bit behind on orders, most will be posted today but there are a couple left over – but everything should ship by the end of this week).

Catching up with the release today, and continuing with the plan of having plenty of new 6mm stuff for Joy of Six next month, we have four new 1/300th scale bunkers today. There’s a Turret Bunker with lots of options for the turret, a smaller AA Bunker, again with different turret options, a pair of twin Checkpoints and a Command Bunker. 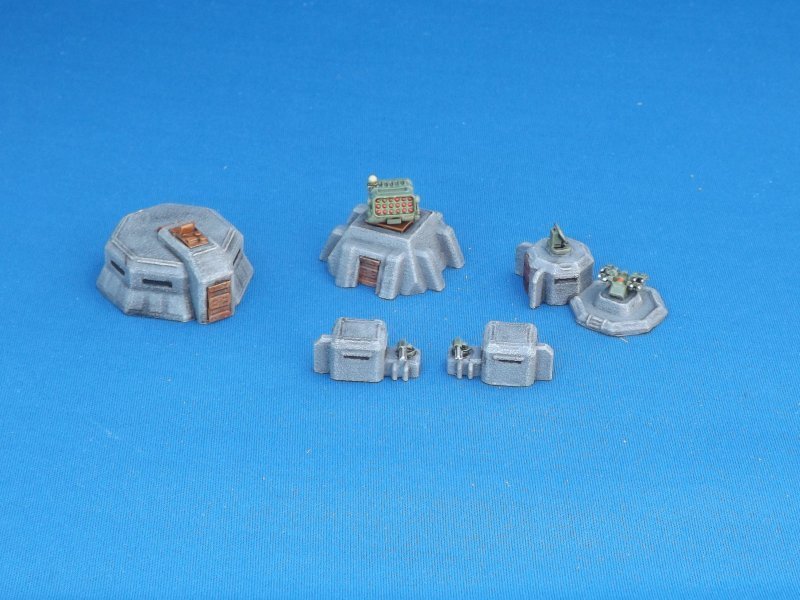 6mm Brigade Models New Release Sci-Fi
This entry was posted on Tuesday, June 18th, 2019 at 19:21 and is filed under News. You can follow any responses to this entry through the RSS 2.0 feed. You can skip to the end and leave a response. Pinging is currently not allowed.