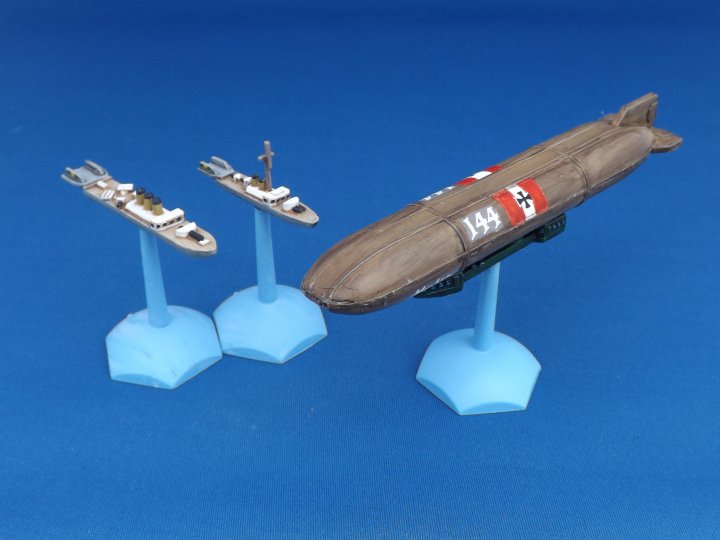 Today sees the release of some more models in the ever popular Aeronef range. This is a game that has been around for over a decade and a half but still has very strong sales every year.

The largest model in this release is the Austro-Hungarian von Parseval dig battleship - the resin-cast gasbag is over 4" long, making it almost as large as the German Schleswig-Holstein.

The other two models come from the other side of the Atlantic, with the addition of the Tamandare torpedo cruiser and Paraná class frigate to the Brazilian fleet.

If you haven't yet been seduced by the delights of Aeronef, we have a number of starter packs available with different fleets as an inexpensive way to introduce yourself to the game.

aeronef Brigade Models New Release Sci-Fi
This entry was posted on Friday, February 27th, 2015 at 14:07 and is filed under News. You can follow any responses to this entry through the RSS 2.0 feed. You can skip to the end and leave a response. Pinging is currently not allowed.