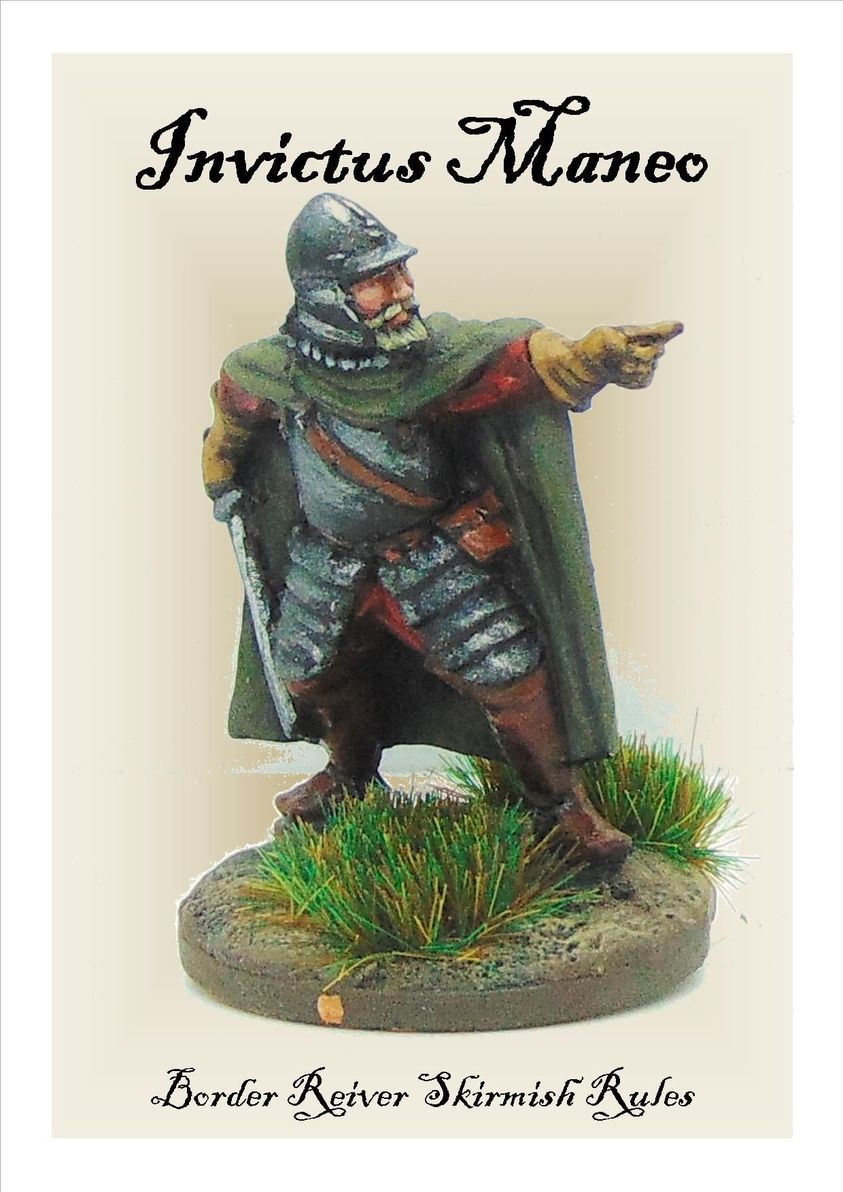 A new, and free, downloadable set of skirmish rules for the later Border Reivers period now available in our eshop:
By 1685 the borders between England and Scotland were the most lawless part of either kingdom. National boundaries meant nothing and loyalty was to family first and last. Reiving (raiding or plundering) was an accepted way of life that the authorities, such as they were, could do little to stop; and feuds were commonplace.
This is your chance to enhance your reputation as a Reiver 'Heidsman' and lead your band of hard bitten Borderers in raids to capture hostages or steal livestock. Perhaps you need to extract some revenge by burning a Bastle House, or lead a 'hot trod' to retrieve some stolen cattle. The scenarios are as endless as the mists over the border hills...
Invictus Maneo is set of wargames rules written by Graham Cookson that are designed for games that use 6 - 12 figures per side and last 60 - 90 minutes. They are fast paced, use random activation, and minimal record keeping. The winner of the game is the one who gains the best - or worst - reputation!
Will you be caught and hanged as a reiver, or will future generations sing ballads of your exploits?
You will find the downloadable rules HERE

colonel bills historical New Release
This entry was posted on Saturday, June 12th, 2021 at 09:27 and is filed under News. You can follow any responses to this entry through the RSS 2.0 feed. You can skip to the end and leave a response. Pinging is currently not allowed.

One thought on “New At Colonel Bills”