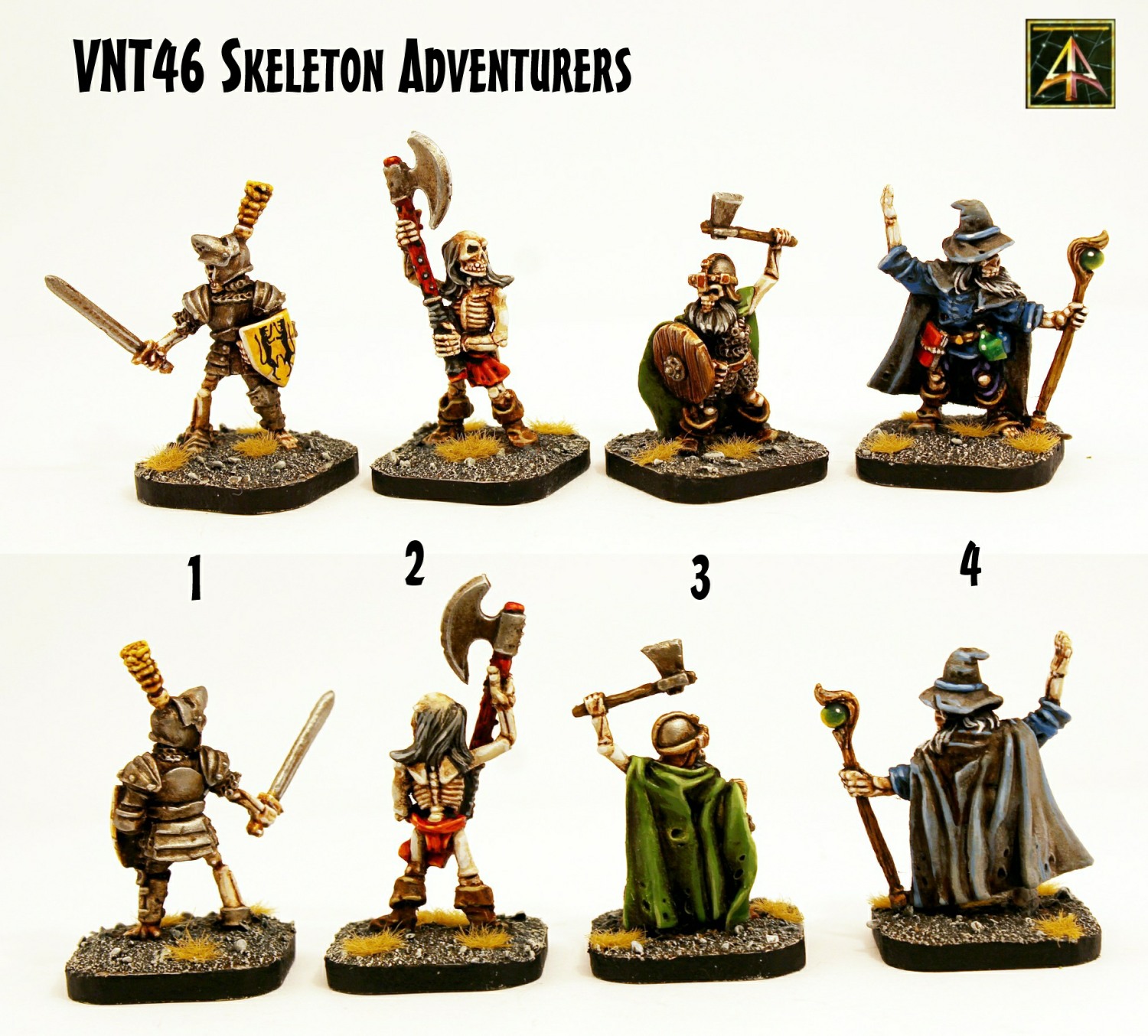 "The Adventurers were sure of their weapons, of their armour and of their skills in magic and in fighting. They opposed themselves to Thanat the Necromancer and stole into his dark fortress. In facing the lord of death they fell and now they are what they once were but now in his service, reborn."

Fallen while running the gauntlet and raised to serve a Necromancer! VNT46 Skeleton Adventurers pack and as singles. Barbarian, Dwarf, Knight and Wizard. Winter Mega Event runs until end of the month; 15% off all orders during checkout and free Ice Queen miniature included.

28mm alternative armies Fantasy New Release
This entry was posted on Saturday, November 21st, 2020 at 08:26 and is filed under News. You can follow any responses to this entry through the RSS 2.0 feed. You can skip to the end and leave a response. Pinging is currently not allowed.