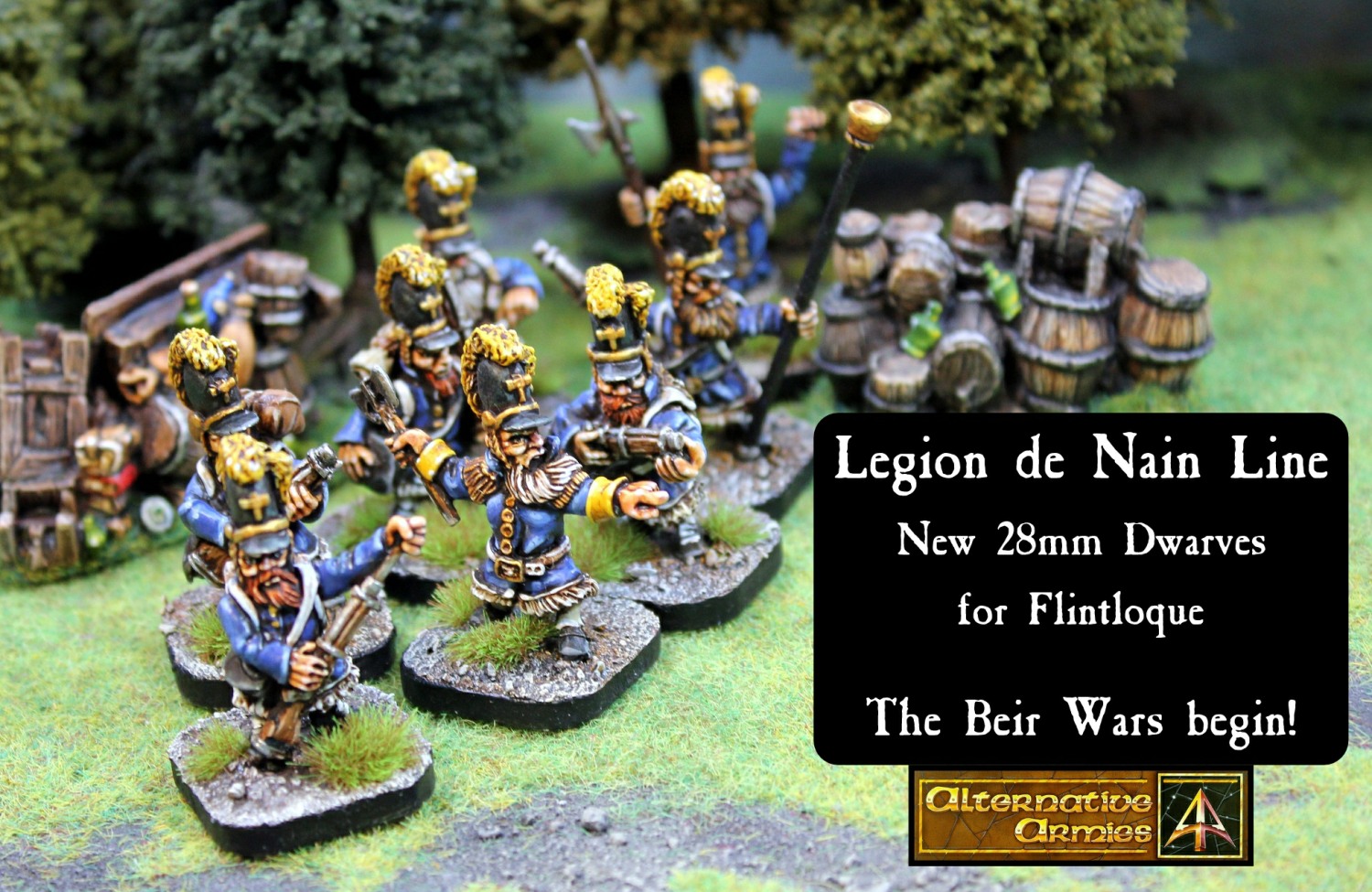 “So we will attack the Krolsberg Brewery, probably the best brewery on Valon, in doing so steal the recipe for the most favoured bier of the Dwarves. Then we will sell it to other lesser brew masters and in doing so ruin the city of Monich and, though I do not tell these troops under my command it will also rip the Krautan League asunder. For cheaper special brews will be exported and end the reputation of Krolsberg and with that break the spirit of every Nain!”
Johann Von Drikenbahn. Spy in the pay of Mordred's Empire on the eve of the Beir Wars.

Brand new Legion de Nain Line. Eight poses of Dwarf kicking off the biggest expansion to Flintloque miniatures EVER in one year in 2021. Click through to our blog for these, more information and an introduction to The Bier Wars too which is beginning in a full article. See the website for the figures directly. March to War 2021 event is on meaning 20% off every order at checkout no code needed plus 24 new releases and a free 40mm tall Troll in every April order shipped.

Thanks everyone and mine is a pint!
GBS

28mm alternative armies Fantasy Flintloque New Release
This entry was posted on Monday, April 26th, 2021 at 08:35 and is filed under News. You can follow any responses to this entry through the RSS 2.0 feed. You can skip to the end and leave a response. Pinging is currently not allowed.