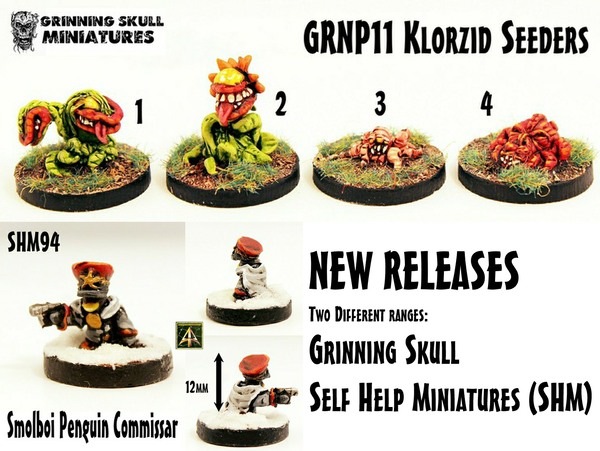 New releases into two different ranges at Alternative Armies this time. From Grinning Skull Miniatures four new miniatures adding to the weirdness of killer plants and oddness of strange creatures. A two header Sprouter, a Klorzid Sapling, a Nightmare Spider and Worm Pile. These follow up on the new Zargalian codes. In the SHM (Self Help Miniatures) a new 15mm Penguin Commissar (yes really!) the first sculpt by Brendan Sterma. Have a look. March to War is on until 9am GMT 16th April.

15mm alternative armies Fantasy New Release
This entry was posted on Saturday, April 13th, 2019 at 10:06 and is filed under News. You can follow any responses to this entry through the RSS 2.0 feed. You can skip to the end and leave a response. Pinging is currently not allowed.