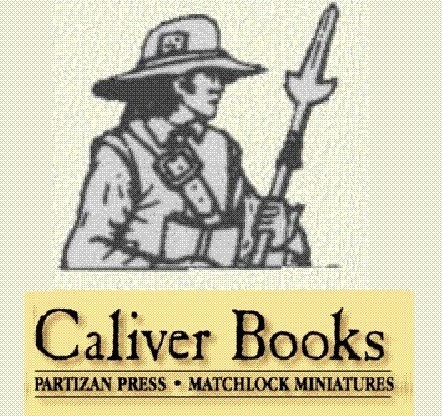 We are going to be at Partizan Wargames Show on the 22nd of May, so get your pre-orders in now!

Perry Miniatures - Allied Cavalry-Prussian and Russian Napoleonic Dragoons 1812-15 -  RPN 100 28mm Hard Plastic. PRE-ORDER price- buy 2 get them post free world wide!  This set allows you to build not only Prussian and Russian Dragoon but also Russian Mounted Jäger regiments plus detachments of Prussian Mounted Volunteer Jäger. The Prussian regiments can be represented in either Kollet or in the campaign Litewka. There are a large variety of options for poses; charging/ attacking as well as shouldered swords for all. Box contains: 14 cavalrymen, full painting guide and bases. £19.50

FORGOTTEN BATTLES :The West Wall - September 1944 to February 1945- Large format illus pbk. Latest in the series. covers the World War Two attempts by the Americans and British forces to break through the German ‘West Wall’, known by the Allies as ‘The Siegfried Line’ from September 1944 to February 1945, which included the hell of the Hurtgen Forest battles. This book is aimed at providing WW2 gamers with a series of scenarios which cover a range of types of engagements, unit size and variety of opposing forces, and including new rules for demolitions, assaults on armoured targets and panzerfausts as infantry artillery weapons, as well as new troop types and armoured vehicles. There are 20 scenarios as well as detailed historical accounts with the scenarios designed to be used with any rules set, down to company and even platoon level. This book is of interest to anyone interested in World War 2, not just wargamers. £21.50

While Germany and Austria-Hungary were well-equipped with sniping rifles in 1914, their Allied opponents were not. This highly illustrated volume tells the inside story of the rifles carried by snipers of all the major powers during World War I. £13.99

SIEGE OF BUDAPEST 1944-45 The Brutal Battle For The Pearl Of The Danube Campaign 377- Shipping now. A gripping and detailed study of the brutal urban battle for Budapest, which saw German and Hungarian troops struggling to halt the joint Soviet-Romanian offensive to take the key city on the Danube. £14.50

Barents Sea 1942 THE BATTLE FOR RUSSIA'S ARCTIC LIFELINE Osprey CAMPAIGN 376-Shipping now. A gripping examination of the Battle of the Barents Sea, fought in the near darkness and icy cold of the northern winter, in which the Kriegsmarine sought to sever the crucial Allied Arctic Convoy route once and for all. £14.00

H30056 History of the British Expedition to Egypt; to which is subjoined, a Sketch of the Present State of that Country and its Means of Defence / Wilson, Robert Original 1802 printing. 400p.larger format . Hand coloured pull out maps, plus charts. Full leather binding, wear to spine., Front board Loose. wilson served under General Abercromby during the campaign £250.00

As always, we have a selection of shop-soiled and 2nd Hand Books, Rules & Figures

53061 Illustrated Encyclopedia of Uniforms of World War I: An Expert Guide to the Uniforms of Britain, France, Russia, America, Germany and ... Italy, Serbia, the Ottomans, Japan and More / - 260p. large format near fine HBk. 700+ colour images £13.50

53062 Illustrated Encyclopedia of Uniforms of the Napoleonic Wars: An Expert, In-Depth Reference to the Officers and Soldiers of the Revolutionary and Napoleonic Period, 1792-1815 by Digby Smith | 20 Apr 2016 / DIgby smoth 260p Large format hbk VGC. 600+ colour images, 50+ tables of regimental distinctions £39.50

53064 WARGAMING IN HISTORY 8 ) The Austro-Prussian War of 1866: The Opening Battles / Drewienkiewicz & Brentnall near fine hbk. original round spine printing £30.00

53067 WORLD ON FIRE: 1919 AND THE BATTLE WITH BOLSHEVISM / Read near mint HBK 380p. This absorbing and revelatory book chronicles and examines the running battle with Bolshevism, insurgency and fear £6.50

53070 Bloody Crucible of Courage: Fighting Methods and Combat Experience of the Civil War / Nosworthy 750p. near fine pbk. Essential part of of any ACW library £19.50

caliver books Fantasy historical modern New Release Sci-Fi
This entry was posted on Wednesday, May 18th, 2022 at 13:39 and is filed under News. You can follow any responses to this entry through the RSS 2.0 feed. You can skip to the end and leave a response. Pinging is currently not allowed.