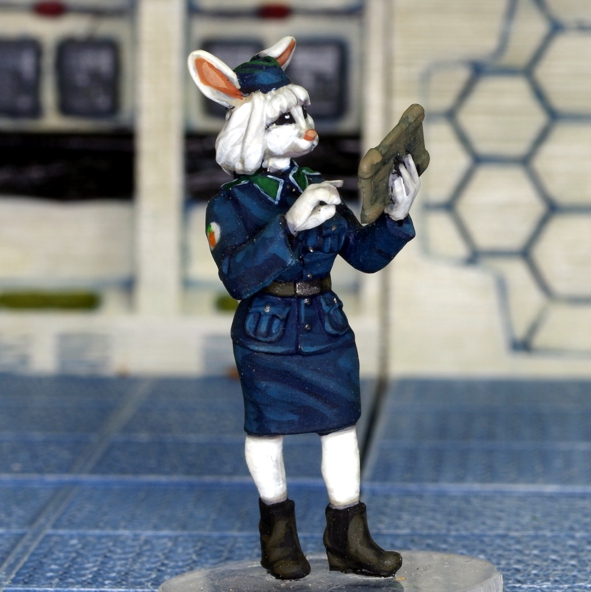 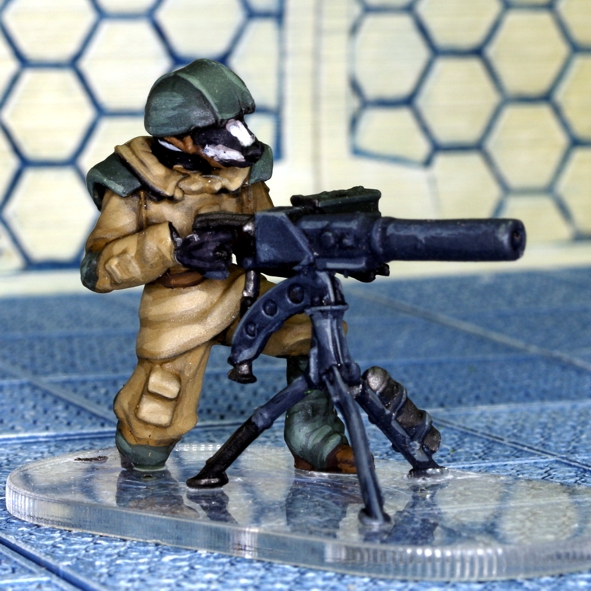 The EDF's tripod mounted automatic grenade launcher brings heavy support to the front line.
The miniature range has been digitally sculpted, and the figures are supplied as multi-piece metal castings to allow a wide variety of troop type to be depicted. The miniatures have been designed to overcome many of the problems associated with multi-piece metal castings. Heads are cast with a neck that finishes in a pin that locates in a hole in the body; where possible pairs of arms are cast as a pair holding a weapon with pins at tops of arms that locate into holes in shoulders. This ensures that components align perfectly and are easy to glue together. Figures supplied with 25mm plastic slotta-base.

28mm New Release sally 4th Sci-Fi
This entry was posted on Thursday, December 12th, 2019 at 09:59 and is filed under News. You can follow any responses to this entry through the RSS 2.0 feed. You can skip to the end and leave a response. Pinging is currently not allowed.

One thought on “New Releases For ACP164”