With the dust settling nicely on what was a simply outstanding Joy of Six show, (of which more anon), it’s time to make good on my promise of some new releases which were showcased at that event.

First off the blocks are the French half of the new SYW codes which will allow you to extend the conflict to the French Indian Wars.   So, without further ado, you can now prepare to defend New France with the stalwart Compagnies Franche de la Marine 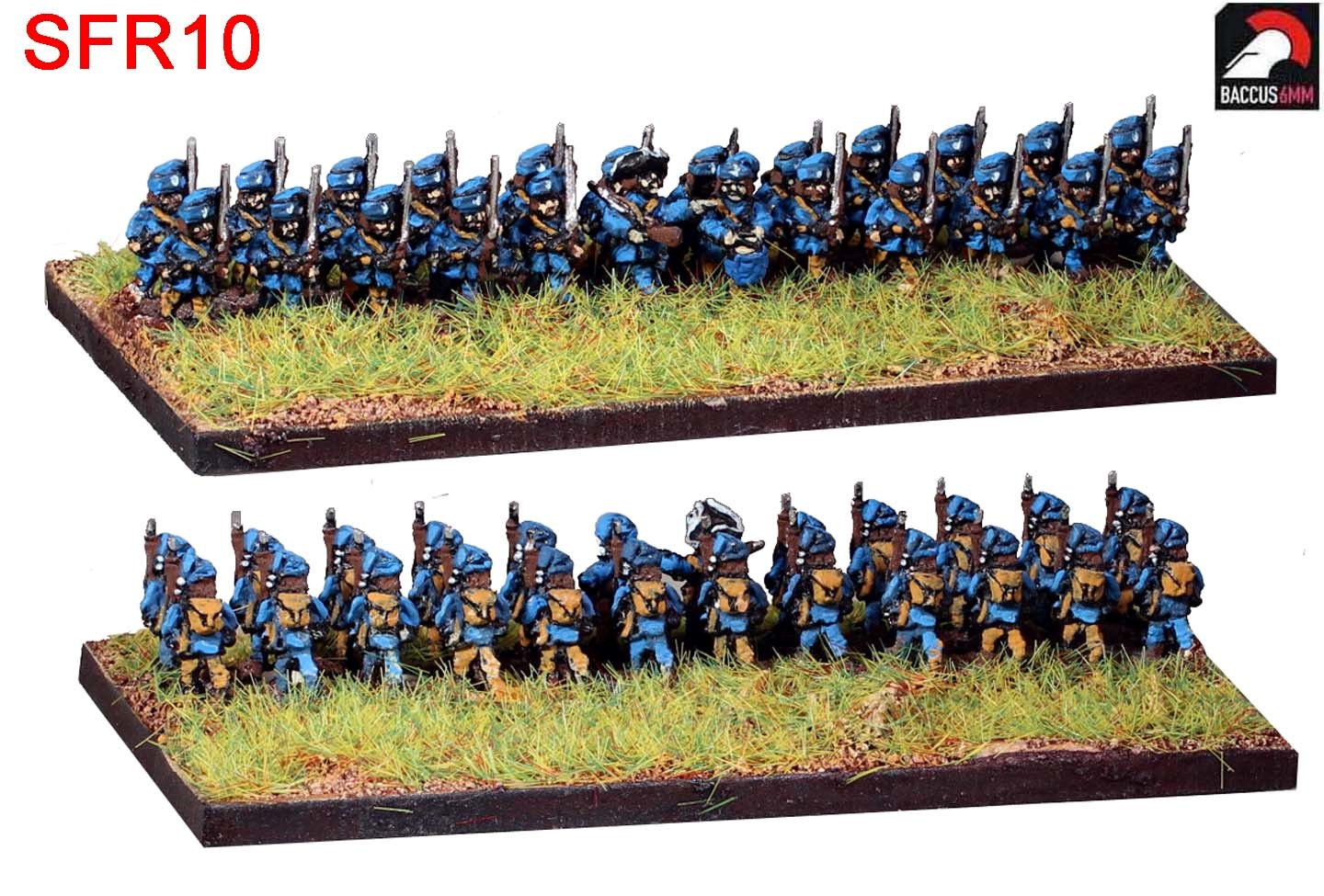 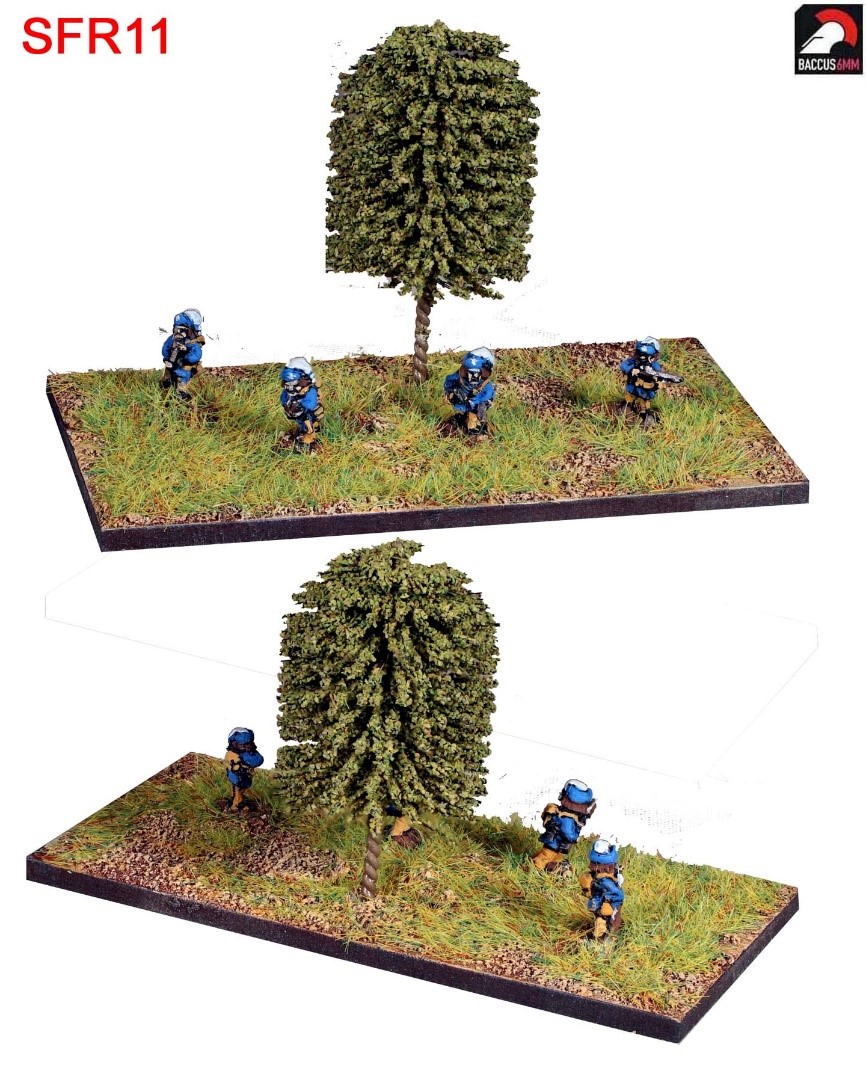 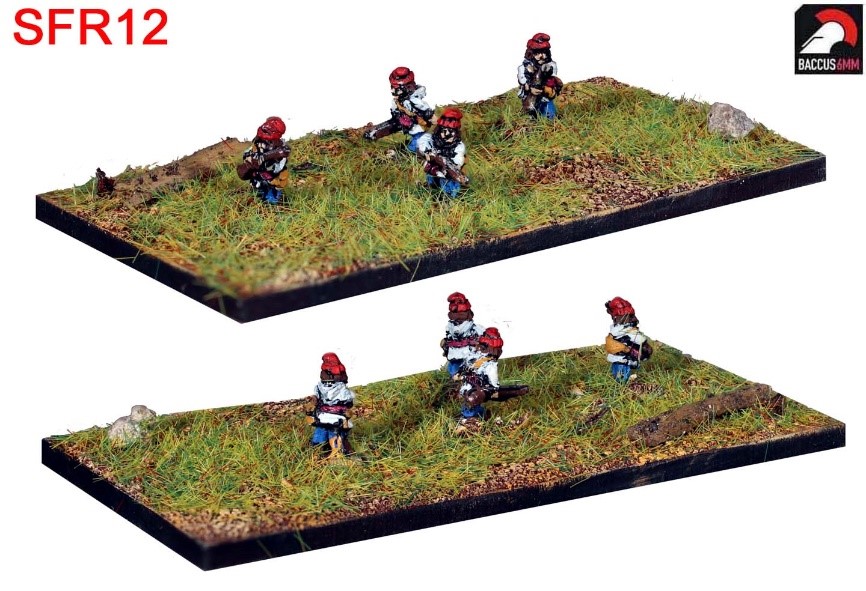 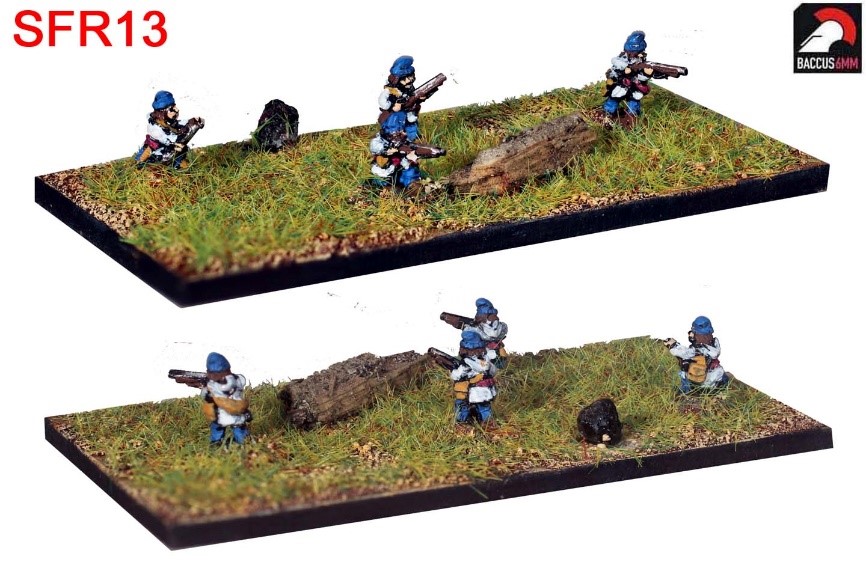 Regulars will of course be provided by the existing SYW line infantry. 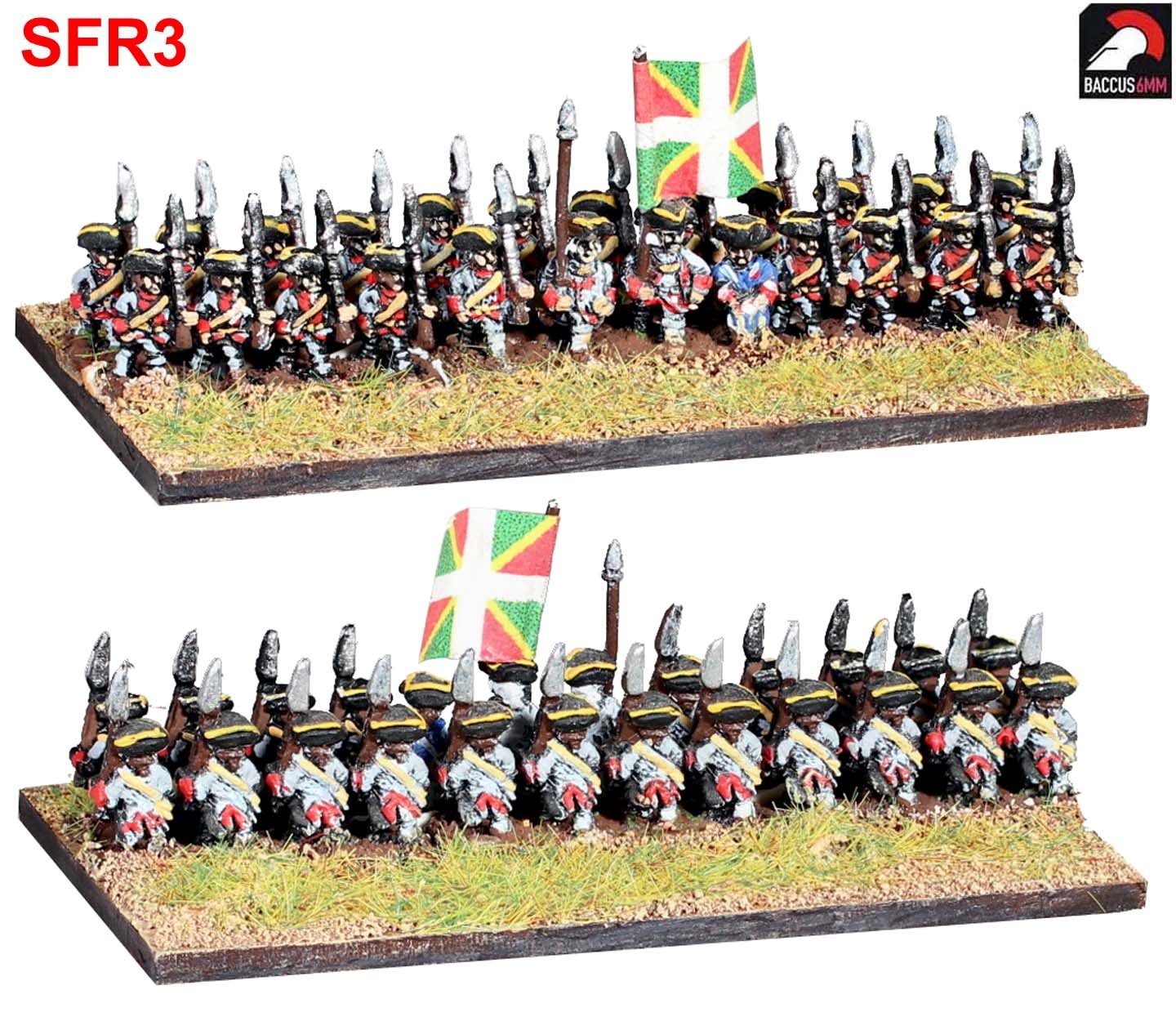 And brave native allies from the AWI range.

You can find more details at Baccus 6mm

The British codes to face off against these chaps have already been sculpted and we hope to get them into production shortly.

In case you were wondering just how to play games with these wee chaps, I can tell you that Glenn Pearce’s Polemos rules covering the 18th and early 19th wars in the Americas is well into layout.  Here’s a preview of the stunning cover artwork from the talented Mitchell Nolte. 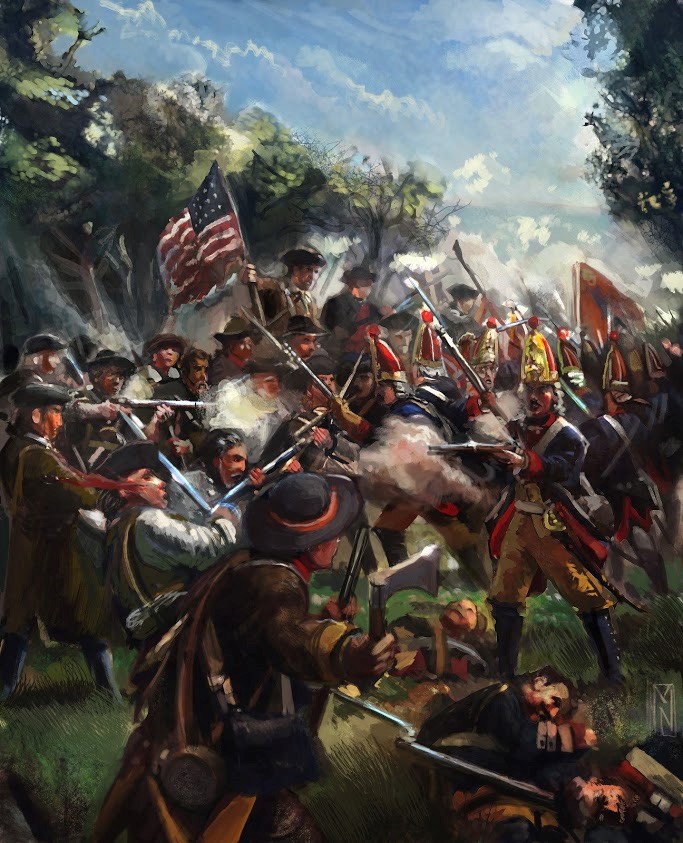 In addition to this I’ve been inspired to revisit my own ‘Ranger’ rules for the period and these are getting a shaking and dusting with plans for a re-release. 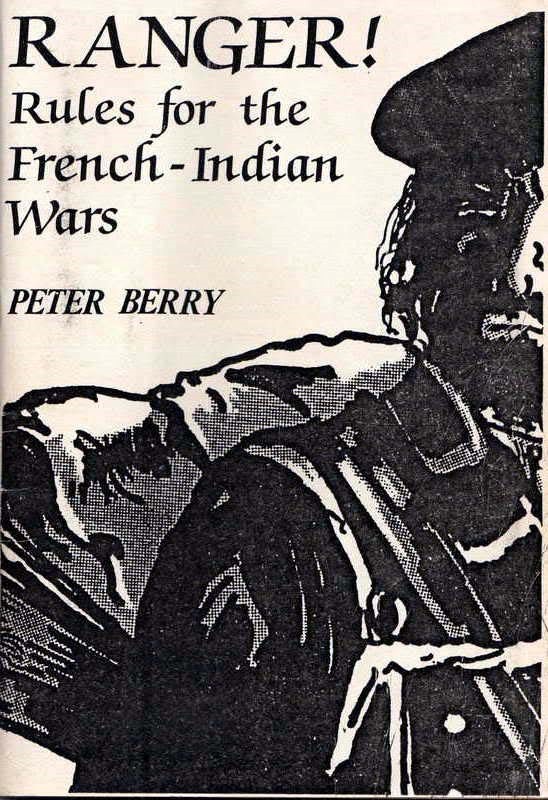 Moving forward, we’ve added a whole set of releases to the WW2 range in the form of British Paratroopers 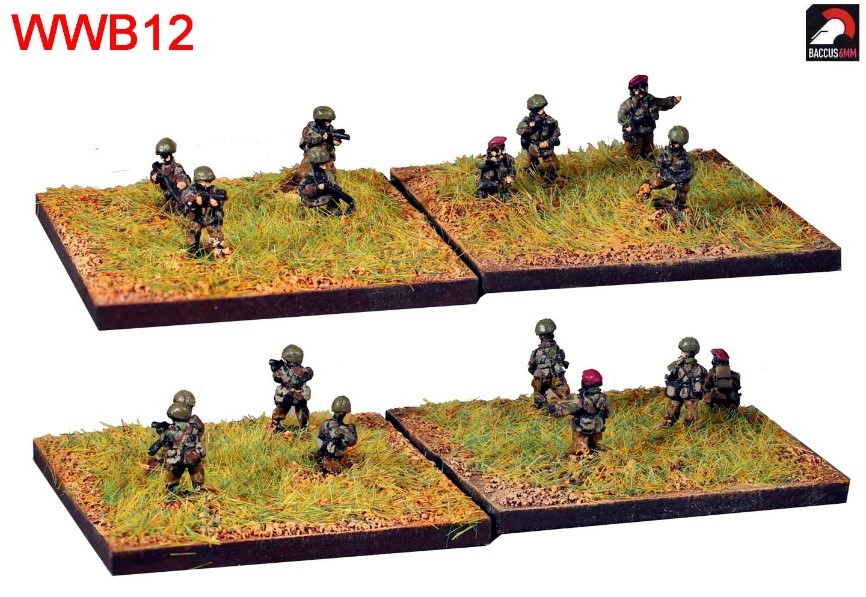 and their support weapons.

And yes, we have more WW2 releases in the pipeline in the form of German infantry wearing smocks, but more of that a little later.

Yes, yes, but what about the Joy of Six?  What about the games?  How did it all go?   You will find out very soon, with the first of two photo-heavy reports on the show and the games.  Stay watching this space!

6mm baccus historical New Release WWII
This entry was posted on Wednesday, July 20th, 2016 at 09:38 and is filed under News. You can follow any responses to this entry through the RSS 2.0 feed. You can skip to the end and leave a response. Pinging is currently not allowed.

One thought on “Getcha New Releases!”