The South African wheeled vehicles are one of the more popular forces in our 15mm SF range, and recently they got further fire power options with a pair of new vehicles. 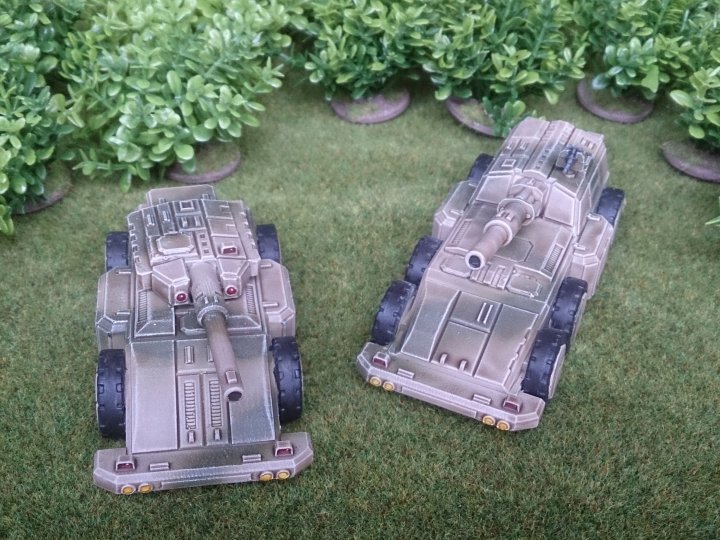 The Ratel is a lighter version of the Rhino heavy tank. It’s a fast 4×4, skid-steered vehicle sporting an 8cm railgun and slightly lighter armour than it’s larger cousin.

The Olifant self-propelled gun is based on the chassis of the Rhino, but with the turret replaced by a fixed superstructure carrying a 17cm long-barrelled gun. It employs a variety of ammunition from conventional HE to bomblets and terminally-guided ‘smart’ warheads for anti-tank work.

15mm Brigade Models New Release Sci-Fi
This entry was posted on Monday, October 19th, 2015 at 09:02 and is filed under News. You can follow any responses to this entry through the RSS 2.0 feed. You can skip to the end and leave a response. Pinging is currently not allowed.