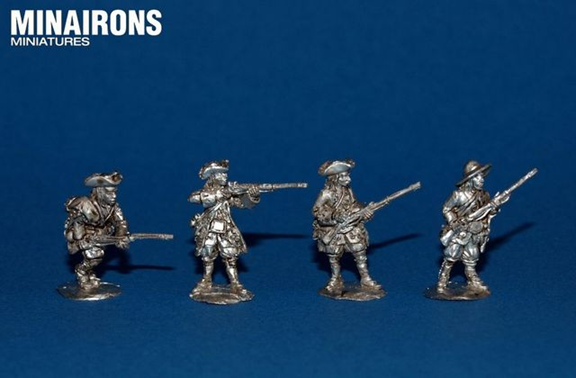 I'm really excited to announce release of the first two sets belonging to our projected War of Spanish Succession 1/72 scale figure range. These two sets stand for the renowned Austro-Catalan Mountain Fusiliers or 'Miquelets'; and comprise a 4 musketeers set, as well as a 3 figure command set - officer, horn blower and NCO. 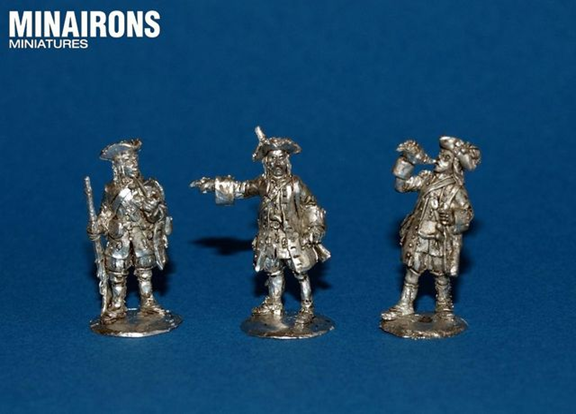 Figures of this new range have been specifically designed for being compatible with Zvezda plastic miniatures, so being a bit larger than those of our already existing SCW range. Therefore, they should be considered as 'pure' 1/72 or 25mm, rather than 20mm.

1/72 25mm historical minairons New Release
This entry was posted on Friday, December 18th, 2020 at 09:06 and is filed under News. You can follow any responses to this entry through the RSS 2.0 feed. You can skip to the end and leave a response. Pinging is currently not allowed.