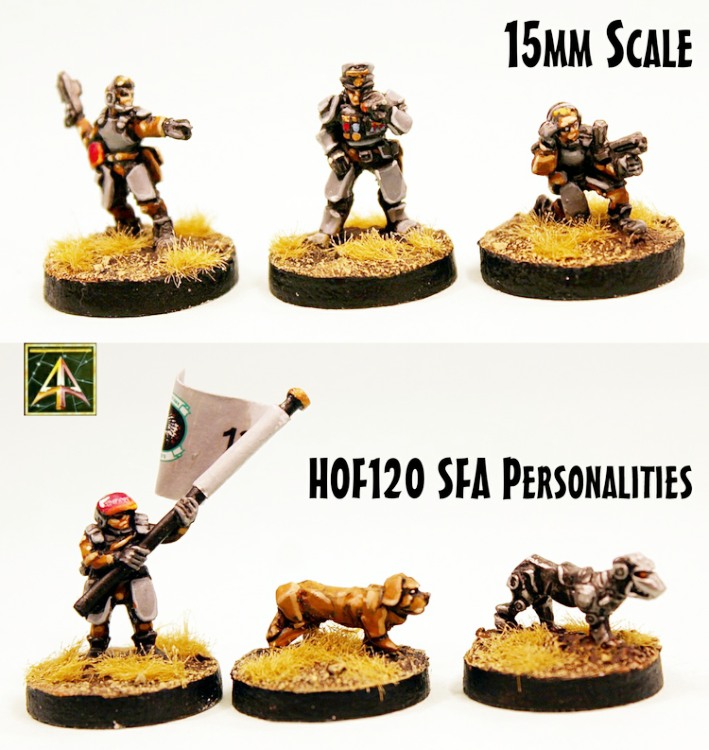 Alternative Armies makes its only October 2018 15mm release in the HOF science fiction range with a new pack for Security Force Alpha! Personalities great for many settings and adding to the huge SFA choice in the range already. These officers and dogs are the fourth release in conjunction with prolific wargamer Fred Richards who has a vision of space colony warfare in the near future which we are in on! Click through to see and learn more about these new white metal poses and the rest of the SFA. You can get a pack or chose from the pack as singles. Additionally this week the entire HOF Range including this new release are our weekly 15mm deal with 10% off all codes in the range.

15mm alternative armies New Release Sci-Fi
This entry was posted on Monday, October 15th, 2018 at 14:19 and is filed under News. You can follow any responses to this entry through the RSS 2.0 feed. You can skip to the end and leave a response. Pinging is currently not allowed.