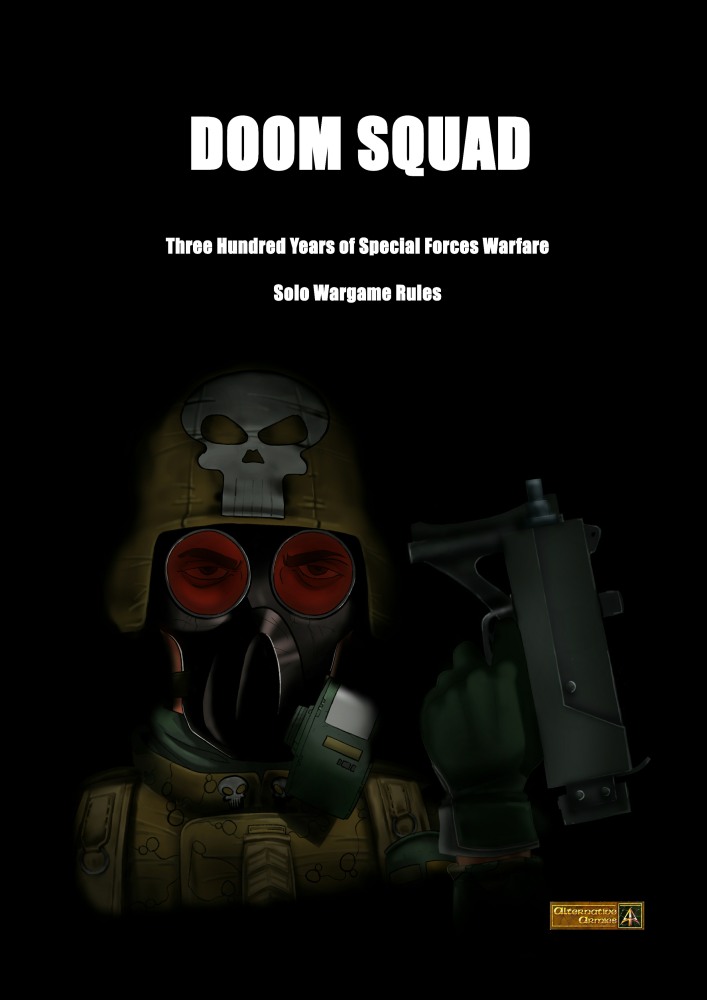 Written by Steve Danes a nerve-shredding game of special forces action that ranges across three hundred years of history. From the time of Napoleon through to the trenches of World War One and right up to special forces operations in the early 21st century. A small team dropped in against the odds. Doom Squad is meant to be played as a solo game system pitting your team against the game engine. You can also opt for a multi-player game of 'co-operation' of two or several players going up against the game.

Your troops will be equipped with the latest high-tech weapons and equipment from their historical or current era; which can mean muskets, rifled carbines or assault carbines with red-dot sights. It all depends on which period you pick. Rules are very simple and easy to use and are based around the use of one or more six sided dice to test for firing and close combat. Players will control one or more special forces squads and will be faced with an enemy that can be tough, disciplined, confused, resolute, unsteady and always unpredictable.

Doom Squad back in stock! New print run of Steve Danes solo play special forces rules for over 300 years of history and any scale of miniatures. A really unique game which is tense and fun. Print edition and Digital Download version.

alternative armies Fantasy historical News Sci-Fi
This entry was posted on Saturday, January 16th, 2021 at 09:46 and is filed under News. You can follow any responses to this entry through the RSS 2.0 feed. You can skip to the end and leave a response. Pinging is currently not allowed.